I admit I don’t know a lot about Brooklyn-based duo Tanlines. I do know, however, that their name caught my eye in a long list of SXSW artists and their song “s.a.w.” blew me away.

Put your headphones on for this one.

Tanlines incorporates mainstream club synthesizer with accessible vocals and melodic riffs — think New Order meets Ratatat. (I’m a fan of both.) Guitarist Eric Emm is responsible for the sparse and ethereal vocals. He is joined by Jesse Cohen, producer/drummer/electronic wizard. Before forming Tanlines, both Emm and Cohen played in bands I’ve never heard of: Emm in Don Cabellero and Storm and Stress, and Cohen in Professor Murder. Together, they’ve also done remixes for Tough Alliance, El Guincho, and Telepathe.

Stick with me. The bands listed above might as well be characters from Battlestar Galactica; I won’t pretend to know them (what the frack?!). But Tanlines is damn good, and that’s all you need to know! 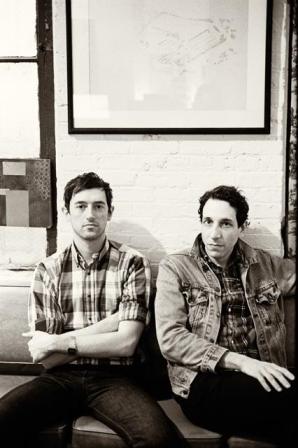 Bonus: Tanlines has made a video for almost all of the tracks they have released.They’re composed of found footage, which makes them all the more interesting to watch. Tanlines will be promoting their first album Settings with four shows at SXSW. See their dates and full tour schedule on MySpace.