It wasn’t until I opened up Hulu and didn’t see a new episode of Abbott Elementary this Wednesday that I realized we’re already in our first break of fall TV. Boo! Luckily, I was able to rope the entire team into ranking Babes With Baseball Bats to help fill the hole in my heart. Kayla wrote about Netflix’s new mixology series AND Bravo’s Winter House. Riese brought you new news from The L Word: Generation Q. Heather peeped a lesbian rom-com inside Hobby Lobby’s new Christmas commercial. And Carmen unveiled the new I Wanna Dance With Somebody trailer.

+ Strictly and technically speaking, there’s no gay news on Grey’s midseason finale, however! There is a sighting of nearly everyone we hold dear: toddler Leo, young queer icon Resident Yasuda calling Grey’s Anatomy Bisexual in Charge Teddy Altman quote “a badass,” and Amelia looking great as always (not present: Hot Dr. Kai, will you ever return??). Grey’s will be back in February, where we will kick this whole “can the show survive post-Ellen Pompeo” experiment into high gear  — Carmen 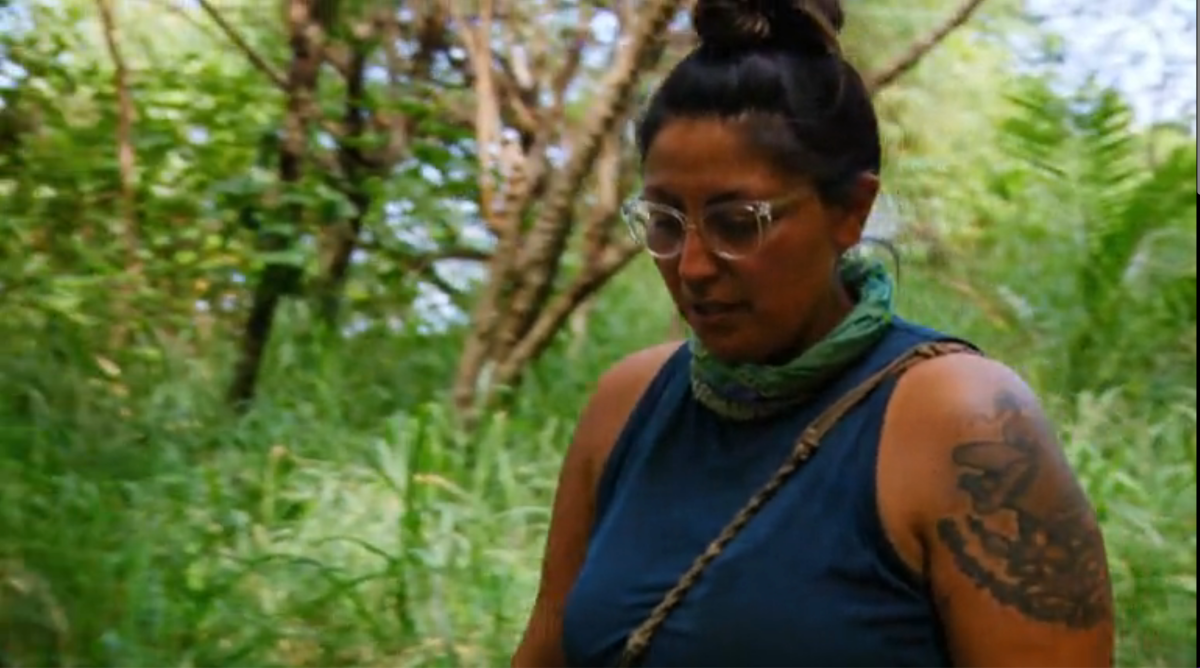 Karla listening while Sami pitches her his plan

The vibe of this season feels very specific — there seems to be an implied emphasis on being subtle and not seeming too apparently power-hungry. At the start of this episode, we learned that though we thought Jeanine’s idol went home with Dwight, Dwight actually passed the idol to Jesse just before Tribal Council. This means that Jesse is now the only other person, besides Karla, to secretly have an idol. In my eyes, Jesse and Karla have pretty firmly cemented their status as the most strategic players in the game, though no one really seems to know it, because they can do something many Survivor contestants cannot — keep secrets! At the immunity challenge, Jeff offered rice for the tribe if five members opted to sit out, meaning they’d have no shot at immunity.

Karla, our queen who knows her limits and also was having lots of dreams about food, opted to sit out (Sandra vibes). Owen won the immunity challenge, so he couldn’t be sent home. The “seven”, i.e. the people who voted out Dwight last episode — Karla, Jesse, Cody, Ryan, Cassidy, James, and Sami — wanted to vote out Jeanine. Sami seemed to want to get people to vote Ryan, to break up the seven, but also seemed like he didn’t want to appear like he was gunning too, too hard (in the theme of this season). The main Karla-related news of this was that everyone seemed to want to be aligned with her — people value her opinion, so even if they disagree, they want her to come around to side with them. Her charm and ability to really listen gives her a lot of power in this game, once again. Ultimately, they sent Jeanine home, a pretty uneventful episode imho. 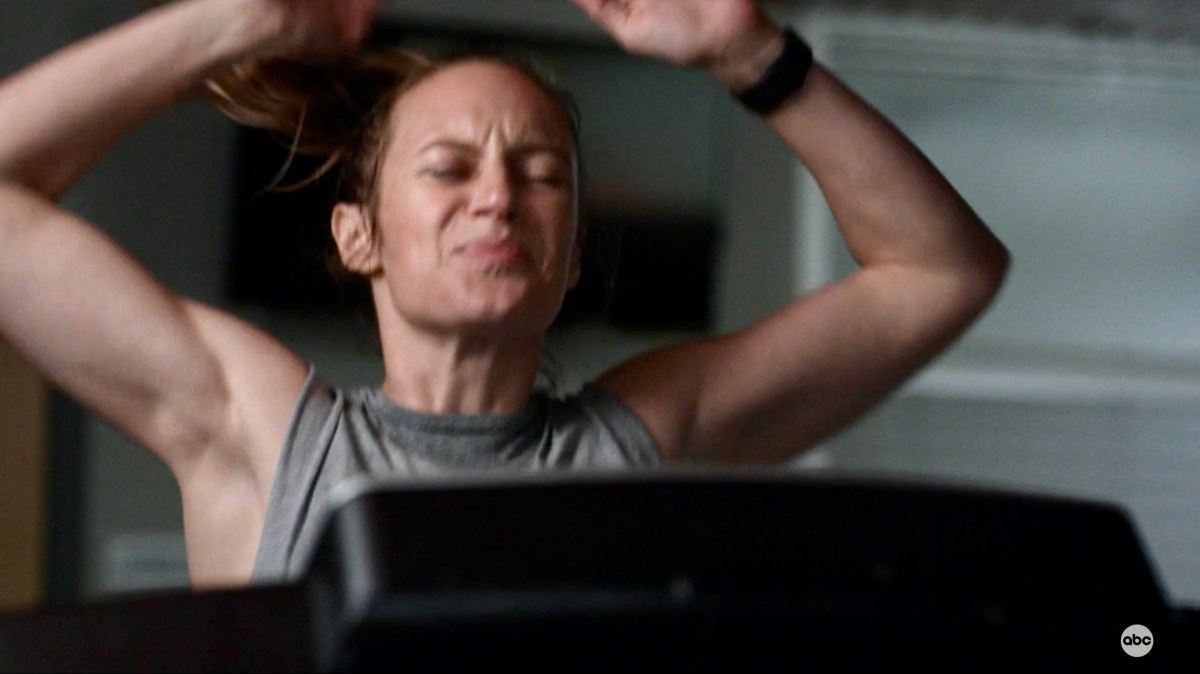 Well let’s get this out of the way, Carina is not pregnant. Maya’s seemingly more upset (seemingly, at first) that Carina took the test without her, than the negative test result itself — a fact that she unfortunately blurts out graciously, leading to yet another fight between them. Also Maya’s sprained ankle looks to be about the size of bruised grapefruit now, and you already should know, the second the camera pans to it, that’s coming back around.

But first! Vic’s starting firefighter camp for teen girls today and let me just say that I love everything about this. I love the girls, and how smart and brave they are. I love seeing Vic in a leadership role that suits her strengths as someone who is smart and nurturing, a natural teacher. I even liked seeing Chief Ross in a new light! Sadly the person who doesn’t step up to the plate is — surprise, surprise — Maya. When a student comes up to her starstruck over her Olympic past (a nice callback!), Maya turns almost entirely into her robot father, gruffing at the girl about how important it is to be mentally and physically strong enough to “play through the pain” while taking pills by the fistful.

Later, while out on a call, Andy (who’s been given the role of “captain for the day” by potato sack Beckett) tells Maya to stand down, which Maya takes a personal affront. They fight about it once they’re all back at the station, Andy’s tried to wait it out — but she’s had enough. Maya needs help. Instead, Maya turns to what she’s always turned to: her treadmill.

The last scene is hard to watch, Maya pounding it out on the running walkway as the camera keeps panning once again to her feet. To that ankle. Thud. Thud. Thud. I winced before it even happened, because of course it was going to happen. Her ankle tweaks and Maya falls, hitting her head on the way down and knocking her out.

A fire alarm goes off, sending the team into their trucks. Maya’s not there — her “Bishop” turnout coat left on the hook – and Andy notices, she goes to maybe even say something, but Beckett yells for her to get on the truck. And so they pull off, with Maya left there. Unconscious and alone.

(Much like Grey’s Anatomy, I’m pretty sure Station 19 is on hiatus until February, so while I am 100% certain that Maya’s gonna ultimately come out of this alive and hopefully ready to get the help… it’s looking like a while before we know that for sure)

I know, I know. The early — and far more beloved — seasons were as many as thirteen. But eleven seasons is a lot to sustain for any show, even an anthology. And at this point the seasons just feel so overstuffed. There’s a difference between having two killers in a Scream sort of way and having two (or ten) killers in a treading water sort of way.

We begin with the conclusion of the serial killer storyline. We get a classic heroes go into villain’s lair only to get captured only to triumph moment and before you know it Patrick is having bonkers conversations with his fellow police officers and then quitting. I do love when a cop story ends with the cop quitting but it would have hit a lot harder even he hadn’t come out to a response as realistic as the television program Hollywood. (For those who aren’t Ryan Murphy completionists that would be very not realistic.)

But the more terrifying killer is still around — Big Daddy who seems to be a ghostly leather manifestation of AIDS. He’s killing people who are sick and he’s following our main cast of characters on their getaway to Fire Island.

There are some interesting threads about mortality and proximity to death as a queer person and Joe Mantello continues to give a phenomenal performance. But there’s just so much going on — thematically, plot-wise, number of characters — that it ends up mostly feeling muddled.

I wish the season had less monologue about its themes and instead found a way to more succinctly capture them in the storytelling. AIDS as serial killer is a really interesting hook and I wish they’d leaned in further. Imagine if this season felt less like a B-side to Dahmer and more like the movie It Follows. Imagine if they’d found a way to really capture the dread of death.

Join A+!
Related:boobs on your tube