Notoriously homophobic craft supply store Hobby Lobby — known in the small town where I grew up as “Cheap Michael’s” — has accidentally released a lovely little lesbian Christmas rom-com. It seems like they thought they were making a commercial about the glories of free market capitalism, but nope! That is not what they made at all!

The story goes that two teenage girls set up competing hot chocolate stands at Christmas tree farms. Each day, one of them comes up with a new and genius idea to attract customers. “I’ll do advertising,” one of them thinks, and puts up a sign signaling her wares: hot cocoa. “I’ll do bigger advertising,” the other one thinks, and puts up a humongous hand-painted piece of plywood declaring: HOT COCOA. You know, classic Baby-Sitter’s Club stuff. Then! The decoration wars begin! Fairy lights! Garland! Ice skates! Candy canes! It starts to look like the North Pole! 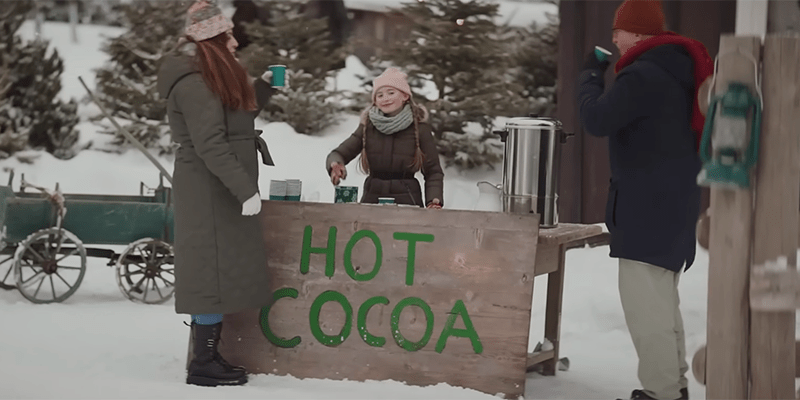 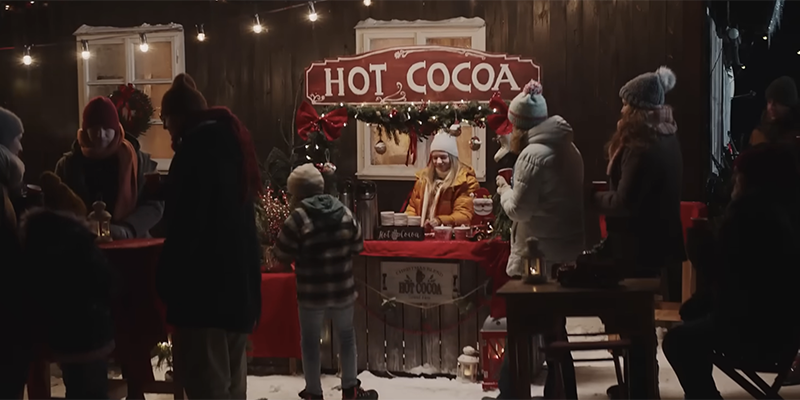 …for a sleigh ride…

Maybe it’s the Spirit of the Season. Maybe it’s the magic of the fresh-fallen snow. Maybe, somewhere in the middle of it all, both of them, separately, watched Carol. Whatever the reason, their suspicious scowls turn into curiosity and then into tentative smiles. They see themselves in each other, their love of toasty drinks and their entrepreneurial spirit. One of the girls loses the Great Frothy War. She’s sad. She just wanted to make a little extra money this season to buy some new Chuck Taylors and a Rockford Peaches baseball cap. 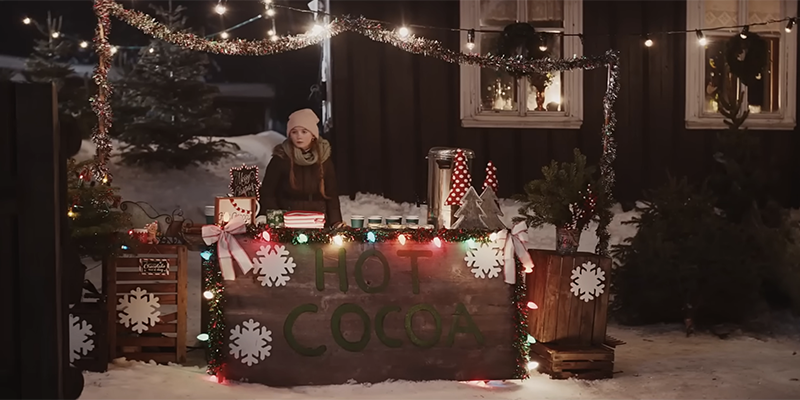 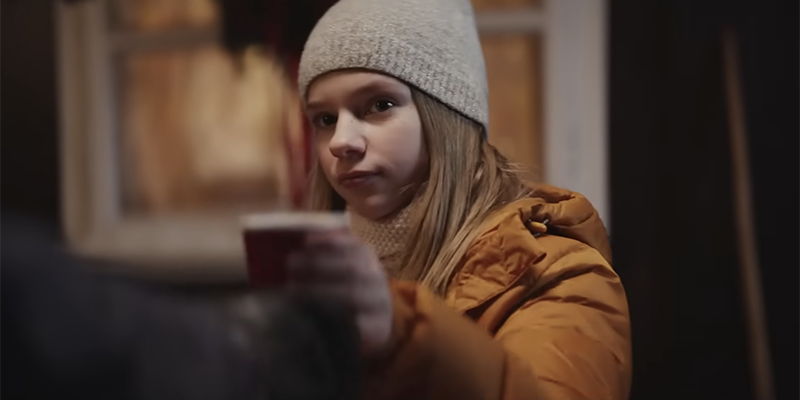 Just when she’s ready to pack it up and head home, head hanging low in defeat, her enemy swerves. She abandons her hot chocolate stand; instead, she decides to sell marshmallows! Their holiday booths complement each other, and so, ultimately, they join together to make the best damn mug of Christmas Cheer anyone’s ever tasted.

It’s like if Joe Fox of You’ve Got Mail had a soul!

Thank you, Hobby Lobby, for reminding us that sapphic joy is the real reason for the Holigay season!