Can you believe Taurus season started on 4/20? What a weekend it’s been! It’s also been a damn fine week, here’s some news.

That Keke Palmer movie where she plays a pimp is finally coming to fruition, and Lee Daniels is executive producing it.

Daniels is no stranger to the film world, having directed The Butler and Precious, but Pimp will mark his first role as executive producer. The film has already been shot, and was written and directed by Christine Crokos, so Daniels must be helping out in the post-production process. According to The Hollywood Reporter, he wanted to join the project to “support a new generation of filmmakers with authentic voices and a unique approach to storytelling.”

There’s a feminist font and the letter N is a whip. 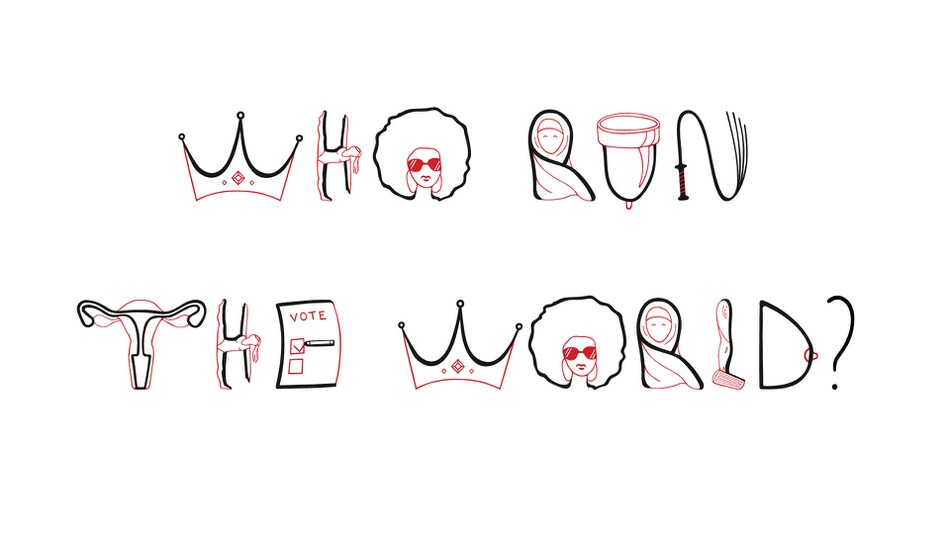 Take your sexting to a new level!! This emoji ? , also known as a tengu mask, used to be a lesbian sex toy!

A 17th century shunga woodblock printing from Japan depicting two women having sex. One has tied a tengu mask around her waist, and penetrates her partner using its long nose. pic.twitter.com/UxKMksN2t0

“In ‘Happiest Season,’ Clea and Mary have come up with a brilliant twist on the Christmas comedy that is laugh-out-loud funny and deeply moving,” said Marty Bowen. “It manages to be both timely and timeless in the best of ways and we think it’s a holiday classic in the making.”

Dirty Computer comes out this week, and I want to make sure you’re ready.

The film premieres this Thursday on BET and MTV before its internet premiere on Friday.

Monáe, who is 32, told me that she has been circling the themes explored on “Dirty Computer” for at least a decade, but that earlier it felt safer to package herself in metaphors. “I knew I needed to make this album, and I put it off and put it off because the subject is Janelle Monáe.” She’s still having a conversation with herself, she said, about who she wants to be when she’s in the spotlight. The sanitized android version felt more accepted — and more acceptable — than her true self. The public, she explained, doesn’t really “know Janelle Monáe, and I felt like I didn’t really have to be her because they were fine with Cindi.” When Prince died in April 2016, she started to rethink how she would present herself. “I couldn’t fake being vulnerable. In terms of how I will be remembered, I have anxiety around that, like the whole concept about what I’ll be remembered for.”

Here’s a playlist of all the music released so far!

And here’s a playlist of all the videos released so far!

Friends, I hope this roundup leaves you excited and prepared for the upcoming week! Make it amazing, and please block out some time to watch Dirty Computer when it comes out! I love you!