Welcome to the sixth installment of Style Thief, where I steal the clothes off queer style icons’ backs. Metaphorically, that is. I’ll try figure out just exactly what makes queer style icons tick by breaking down their look into itty bitty bite size pieces. I get a lot of questions about how to look like different celebrities/characters, so I’m finally tackling the question “How the hell do I dress like that?”

Last week I took a break from bringing you my favorite fashion icons so we could take a look at a whole bunch of spectacular New Year’s Eve styles. This week we’re back on track. Today we strip down Carrie Brownstein. You might know Brownstein as the guitarist and vocalist of Sleater-Kinney, but I just know her as the only cast member of Portlandia I’d like to sleep with. 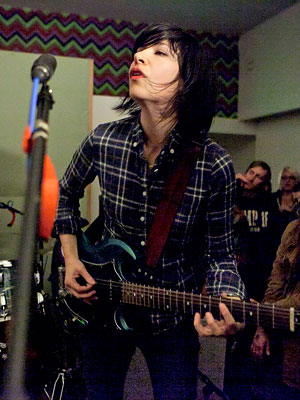 Carrie – I feel like I’ve seen enough Portlandia that we’re on a first name basis – has a perfect blend of tomboy and girly-girl. Where femme style meets butch style and the two decide neither has enough energy to go all the way and they leave the room to smoke a cigarette. She has basically two looks: casual and fancy. How nice is that? Carrie’s style is perfect for those of us who want to escape from labels, not because we feel confined by them but because, gosh, who has the energy? 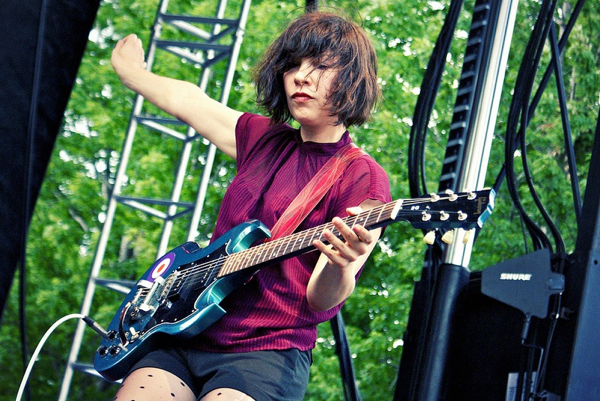 What I love about Carrie’s casual look is that she keeps it so simple and yet maintains a cohesive look. She is perhaps best known for rocking shorts with tights far before it became a thing. The key to Carrie’s shorts is making sure they’re not too tiny– this is not the time for denim underwear. I suggest a non-pleated pair that cover the top third of your thighs. I know that many parts of the world are in the dead of winter (um, roughly half the world). That’s why the tights underneath are so great! You can get them in thick wool and never worry if someone is going to see up your shorts while you’re high kicking. 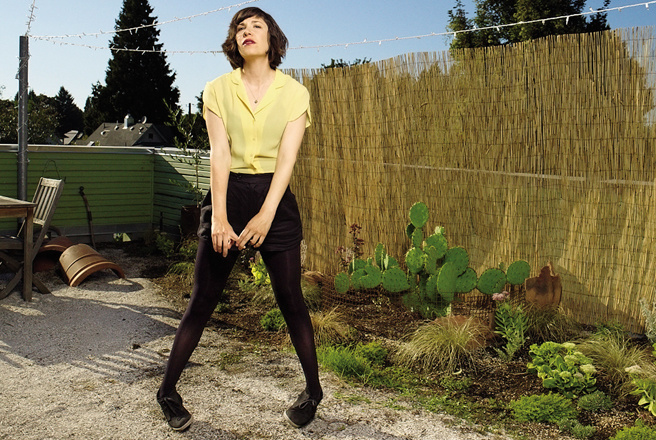 If shorts with tights sounds out of your zone, you can also go with classic straight leg jeans. Carrie wears casual blue jeans like nobody’s business and proves that the world need not be made up of jeggings and baggy pants. Her jeans are snug and low slung, but scream more rockstar than runway. 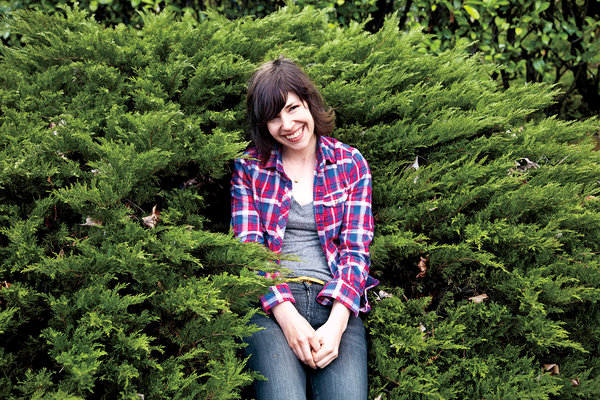 On top, Carrie is usually seen wearing either a button-up or femme blouse. She openly embraces both the stiff no-nonsense attitude of a button-up and the flowy free-spirit of a loose ruffled blouse. For button-ups, she generally picks a plaid or a striped oxford with the sleeves rolled up to her elbows. Alternatively, she picks short sleeved femme blouses that, while high collared, are just sheer enough to see a dark bra peeking through. 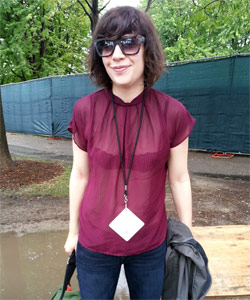 Though she mixes it up occasionally, Carrie’s color pallet is simple. Blues, blacks, grays and reds. This color simplicity is partially why Carrie’s outfits appear so easy and yet totally put together.

Real Talk: Carrie Brownstein cleans up nice. Whether she is at an award show or the premir for the new season of Portlandia she never misses the mark. Once again she keeps it simple. Sticking to the aforementioned color pallet, she wears no-frills A-line dresses.

The key to stealing Carrie’s more formal look is a dress with sleeves. Carrie tends to go for a short sleeved dress with a crew neck neckline. While a short sleeved dress by no means looks casual, is does still manage to look easy. This is complimented by little to no jewelry. Often she pairs a simple gold bracelet with her classic messy bob. In a style market currently overwhelmed by excess, there’s something to be said, even while dress to the nines, for simplicity. 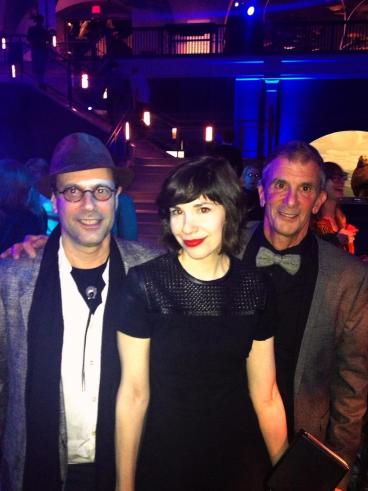 I wondered, however, how Carrie managed to keep from looking blah. How exactly did she keep those simple dresses from blending into underdressed? Similarly, what was holding her casual looks together. taking her look from clothing to outfit? It dawned on me that it’s all in that awesome lipstick. 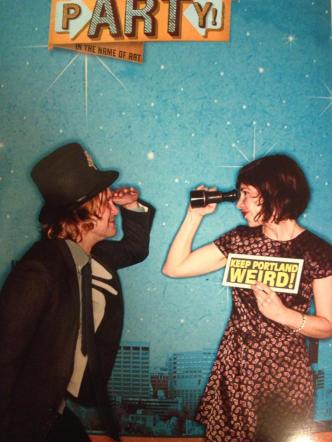 Anyone can thrown on some jeans and a plaid and walk out the door. I do it all the time. But a bright, bold red lip says “Oh this? This was intentional.” And intention? Intention makes all the difference. It lets people know you don’t dress this way by accident. This isn’t something that just happened. You are intentionally dressing like a tomboy femme because that is what you deem attractive and worthy of your time. That this is a look you crafted and care about. 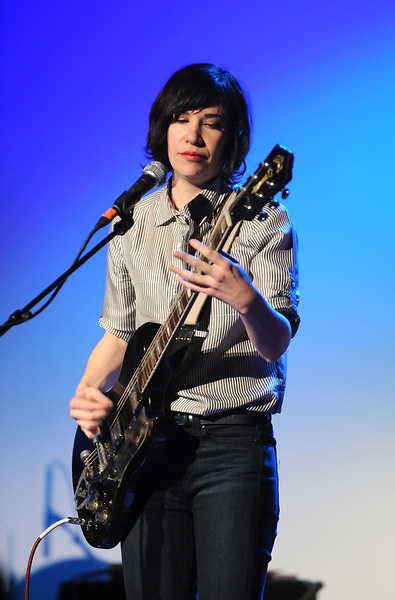 Carrie Brownstein’s look is all about combining the hard and soft. Stiff jeans with messy hair, tight shorts with loose blouses. She proves you can be a femme in jeans and an oxford or tomboy it up in a dress.