What? It’s almost fall? I was so busy watching Pretty Little Liars and voting in the Teen Choice Awards I missed it completely! Well, um, I guess that means my latest thing is wearing cute summer stuff straight through fall! 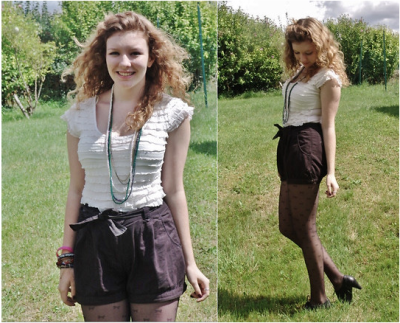 Getting real, the economy just tanked so bad you’ll be lucky if you even have a school to go back to. Plus, it won’t even be cold until the end of October! I know I don’t have enough money yet to buy new pants for the fall. So I’m just going to hold off on storing my summerwear and buy some patterned stockings to make my shorts last through November. 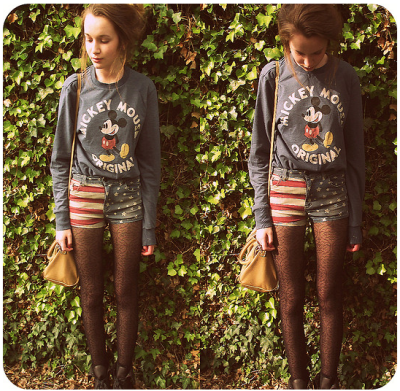 Well now we’re going to put all of those to use with tights. Last spring, shorts with tights was all about opaque colored tights. This made me really self conscious because I felt like a high school raver/Strawberry Shortcake in brightly colored tights.

Also, my black tights matched my black shorts so well it looked weird. This fall that’s all solved with sheer black printed tights. The print can be as simple as lace or as adventurous as shapes and bows. Personally, I like the ones with polka-dots the best. I’ve even seen some really cool ones that look like snake scales or brick.

You might find that patterned tights cost slightly more than opaque tights or nylons, but generally speaking higher quality tights are less likely to get a run.

I like black shorts, but jean shorts and even colors will look cool too. I can already hear some of you whispering that you won’t look gay enough in shorts over patterned tights. Pair it with black combat boots and a button up and I promise no one will question you at grrrrrlzz night. 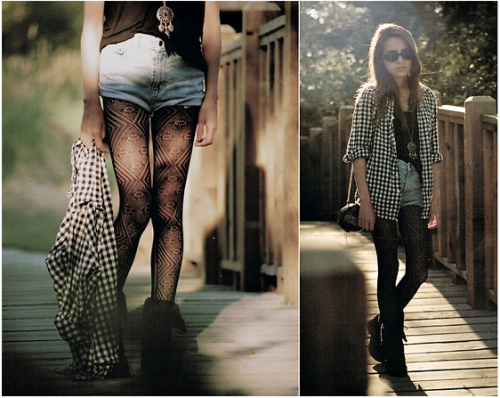 Not convinced patterned tights with shorts are a good thing? Maybe start small and put them on under that oh too ripped pair of jeans that I know you still haven’t thrown out like you said you would.

Tights aren’t your thing? Luckily sheer black tights might a suggestive-but-omg-not-too-suggestive-because-what-if-her-mom-found-out gift for your sweetie. Look for ones with a seam up the back.