Tanya Saracho’s new Starz show Vida, centered on two Mexican-American sisters returning to their old neighborhood in East Los Angeles to face the death of their mother and some tough family shit surrounding it, announced its May 6th premiere date last week at the 2018 Television Critics Association Press Tour — and Saracho did not hold back when it came to labeling her show Latinx and Queer. Twitter lit up with attendees intoxicated by her vision and stoked for a project that sounds like everything we as a people have ever dreamed of.

Saracho (How to Get Away With Murder) wanted an all-Latinx writers room, and she got it. Every director on Vida is a woman of color or Latinx. (Puerto Rican lesbian director/producer Rose Troche of “The L Word,” “Go Fish” and “The Safety of Objects” is slated to direct two episodes.) Half her writer’s room is queer. “My (collaborating) executive at Starz has a ‘z’ in her last name, Fernandez,” she said. “There, I don’t have to be a cultural ambassador.”

“I hardly every got told ‘no’,” Saracho told the press at TCA. “When I said I wanted an all Latinx writers’ room, it was, ‘done!’ Most of our department heads are female, all our directors are either women of color or Latinx. The way that this was built, it was the right way. When you get a bunch of Latinxs together we get to handle our stories. A cultural shorthand happens.”

Tanya Saracho had also previously worked on the gay HBO series Looking, which she said was “everything” but also recalled that “I always was missing that female brown queer perspective, and I think in Vida we have that. A lot of things I wanted to touch on and deal with, I get to do here.”

Ser Anzoategui, a non-binary actor who you may recognize from their turn as butch lesbian Daysi Cantu on East Los High, will be playing Eddy, a lead character who, according to an early casting call for the character, is a “sturdy butch.” Eddy is described as “jovial, generous and sweet,” willing to “whoop ass” if she has to, and also “a passionate, sensitive soul who feels her feelings deeper than anyone you’ll meet.”

“I felt really embraced and included from the beginning,” Anzoategui said of their experience on set. “If I had any sort of comment about anything queer, it was all ears and so respectful. I’ve never felt so respected before.” 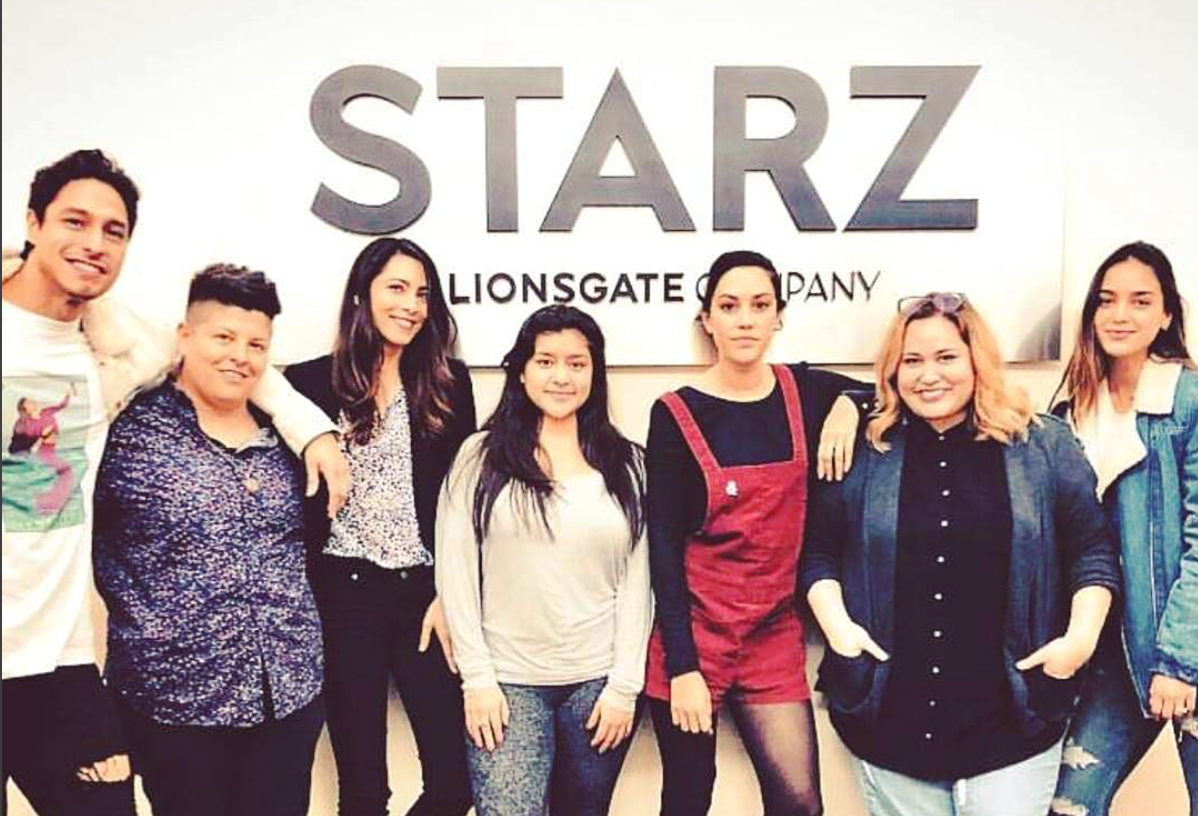 Mishel Prada (Fear The Walking Dead: Passage) and Melissa Barrera (Perseguidos, Tanto Amor, Siempre Tuya Acapulco) play the two sisters at the center of the narrative, Lyn and Emma. “They chose very different paths to get out of their neighborhood,” Variety writer Danielle Turchiano relayed from TCA.

“[Lyn’s] character chose men, which her sister doesn’t approve of,” while Emma “was sent away young and had to pull herself up from her bootstraps but never dealt with the emotions so she’s been living behind a wall.” Saracho said it was hard to hold back when writing Emma, feeling the urge to explain her own queerness through Emma’s narrative.

In my recent post on how promising 2017 was for queer female TV characters, I noted that one major area of failure was queer Latinx representation — 18% of the population, but only 4.8% of 2017’s lesbian & bisexual women characters. On the bright side, those few instances of representation were some of the year’s most memorable and lovingly portrayed, including Kat Sandoval on Madam Secretary, Elena on One Day at a Time, Rosa Diaz on Brooklyn 99, Luisa on Jane the Virgin and Devon on I Love Dick. On the not-so-bright side…. 4.8%!

The story comes at an important political moment, which was touched on at TCA — according to the USA Today, Melissa Barrera said “Vida is timely when people with a dual identity, such as Mexican-Americans, are being reminded “they are not home.” It also looks at “gente-fication,” defined as “the changes brought to a community when young, upwardly mobile Latinos move back to their old neighborhoods and displace less wealthy residents.”

As Mishal Prada told the press: “It’s important that we get to tell our own stories, instead of others dictating how our stories should be told.”

Join A+
Related:latinxvidawomen of color