In case you missed it, the next Read a Fucking Book Club will be reading The Misadventures of Cameron Post by emily danforth, and emily herself is gonna answer your questions and do a giveaway! It’s an amazing book that you will love, I promise. Get it and read it now!

Poetry Magazine has been around since 1912 and is dedicated to discovering new poetic voices as well as showcasing recognized ones. You can read every issue it’s ever had online for free, as well as browse through its tumblr for a daily literary fix. Recently, it posted a poem by e.e. cummings and a comic about its female founders. You should read it for: finding new poets to read and remembering why you love old ones. 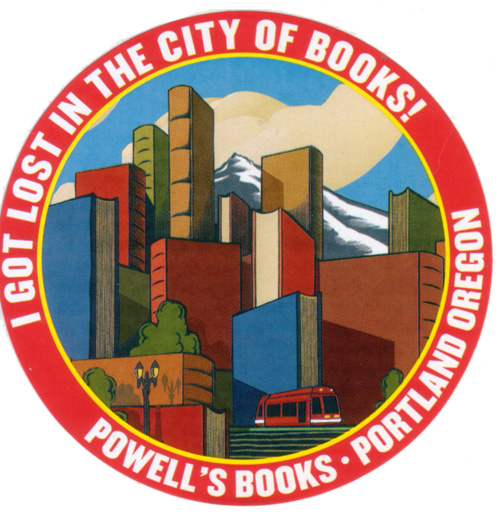 The Rumpus has a really fantastic interview with Michelle Tea that you should read immediately.

Juliette Tang is a photographer of books. She sets up these amazing photographs that sort of complement the world of reading the book, like little reading scenes for all these different books. You need to go check out her blog and look at all her photos, they’re just amazing. See: 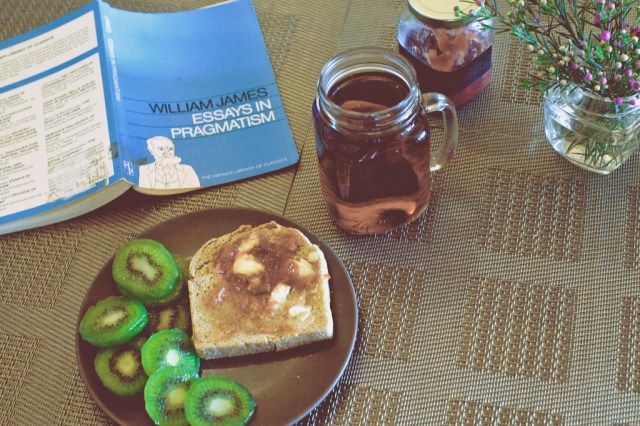 “Truth is made, just as health, wealth, and strength are made, in the course of experience.” -William James 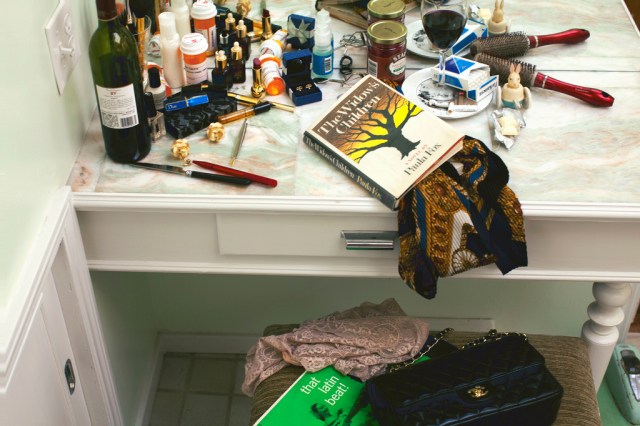 “She lit a cigarette, then swallowed some of her drink to moisten her dry mouth. She shuddered so that even her legs trembled with the force of the spasm. Almost at once, she pretended to wonder if there had been an earthquake, if New York City was tumbling down, the hotel crumbling beneath her, pretending that her convulsion had been visited upon her by an outside force and was not what it must be, evidence of a prodigious fact she had concealed throughout her harangue, during which, she knew, Desmond had been turning the faucets on and off to drown out her voice.” —Paula Fox

This Recording brings you In which Nancy Drew Is the Sleuth Of Our Dreams: “That was the thing above all else about Nancy Drew — she was smart. She never flirted for a tip, but relied on her intelligence to get the information, instead”

In By The Book, J.K. Rowling talks about literary genres, her childhood favourites, why she wouldn’t want to meet Wodehouse, and more.

Lisa Hager discusses steampunk, gender identity, and sexuality at Tor. She argues that steampunk and other speculative fiction can welcome diversity in a way that mainstream culture finds more difficult, and can challenge ideas of gender and sexuality as a result. 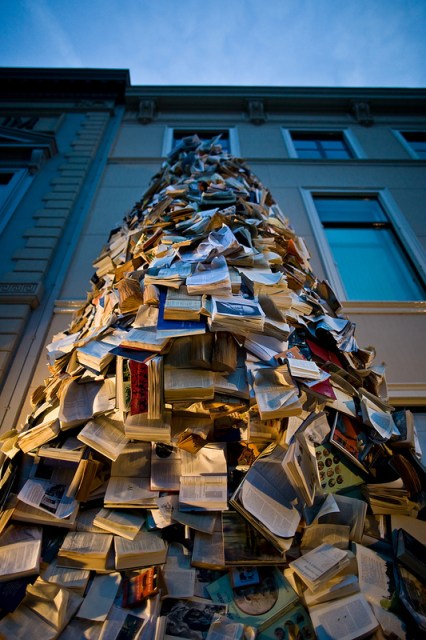 “The Meermanno Museum, housed in a stately 19th century townhouse, is a gem of a museum dedicated to the history of the book in Western culture.” (via haagsuitburo at flickr.com)

A New York Times trend piece claims that spas and books are heading toward a natural partnership as spas introduce author appearances and book clubs.

If you plan on attending a literary convention or conference, Terrible Minds has 25 tips on how to get the most out of it. A few key points: find writers in the bar, take advantage of everything you can, say hi to your favourite authors without being weird or creepy, do tourist things, act professional, keep your manuscript and amateur-hour business cards to yourself, and walk away reenergized. 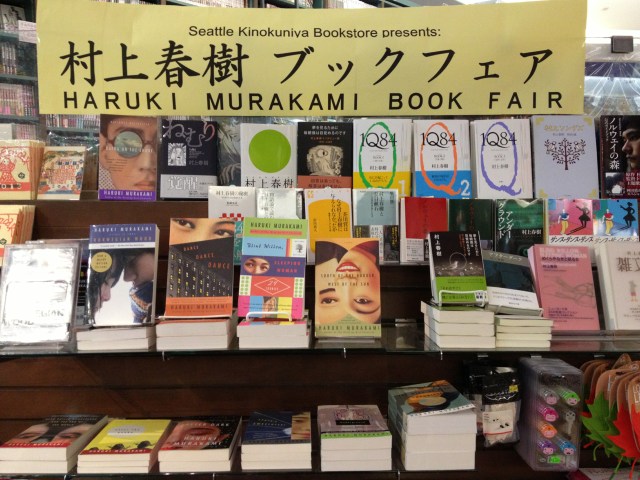 Brain Pickings has excerpted Joan Didion‘s “Why I Write,” a piece on meaningless moments, almost dropping out, sentences and more: “Had my credentials been in order I would never have become a writer. Had I been blessed with even limited access to my own mind there would have been no reason to write. I write entirely to find out what I’m thinking, what I’m looking at, what I see and what it means. What I want and what I fear. Why did the oil refineries around Carquinez Straits seem sinister to me in the summer of 1956? Why have the night lights in the bevatron burned in my mind for twenty years? What is going on in these pictures in my mind?” 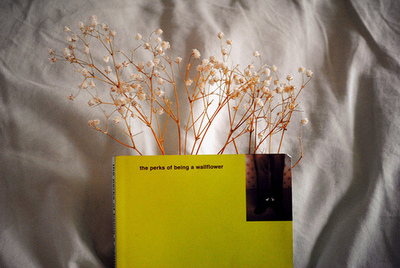 At the Rumpus, Michelle Dean writes about the comfort of bad books: “I understand why, among writers, who are usually endless-appetite readers as well, the reading of books other than Real Books is a vaguely shameful activity. We all live on borrowed time, and there’s DeLillo and Nabokov and Pynchon I’ll never get to because of the hours I’ve spent reading… well, I’m even afraid to tell you their names. You can and will judge. But I do it anyway because sometimes I just need the comfort of falling into something that is ready to catch me. I need it to hold me. That feeling of is a little sacred to me, actually. I guard my escape quite jealously, because there are times when I need it to go on.”

At the Lesbrary, Erica reviewed Malinda Lo‘s Adaptation and Kit reviewed The Miseducation of Cameron Post. 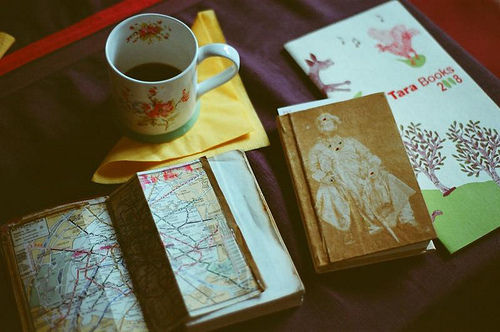 You can read samples from the 2012 National Book Award finalists, including Jennifer Egan, Dave Eggers, Louis Erdrich, Junot Díaz and Ben Fountain, for free on the Internet. The winner will be chosen November 14.

Discover has a roundup of female science writers in celebration of Tuesday’s Ada Lovelace Day.

At the Awl, Jim Behrle writes about How to Win the Nobel Prize in Literature: “So you didn’t win a Nobel Prize in Literature this week. Unless your name is Mr. Mo. Although, if you live in Europe, you did win a consolation Nobel Peace Prize at least. (Giving the Nobel Peace Prize to the European Union is like giving an Oscar to Alf.) Anyway, I know, it’s total bullshit. You totally deserved it. But you might just be a calendar year away from getting the recognition you so obviously deserve. Let me show you the way.”

Emily Books’ pick this month is Promising Young Women, by Suzanne Scanlon, a fictional account of being hospitalized for depression.

National Novel Writing Month, the magical time of year when people all over the world decide to write a 50,000-word novel in a month, leading to a lot of Twitter-based word wars and sleep deprivation, is almost here. Are you thinking of doing it? 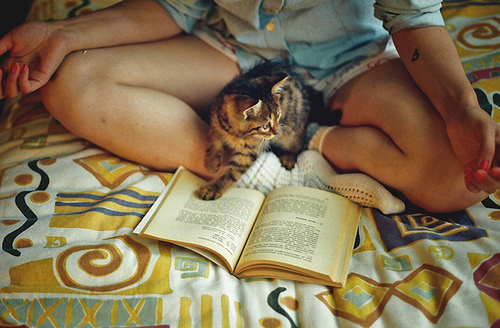 Books (And Events) To Watch Out For:

October 20, LA: Tomorrow, the one-shot magazine from several GOOD editors who were all fired together, launches at 9 p.m. this Saturday. RSVP for the location and confirmation.

October 18-28, Toronto: Toronto’s International Festival of Authors runs until the end of next week and will feature tons of readings, roundtables, and signings.

October 23, New York: Sex and the Single Girl: The Life and Legacy of Helen Gurley Brown, with Edith Zimmerman, Cat Marnell, and Moe Tkacik, is at Housing Works at 7 p.m.

October 30, New York: Vittoria Repetto is hosting a pre-Halloween Women’s/Trans’ Poetry Jam and Open Mike at Bluestockings (172 Allen St.). The event starts at 7 p.m. and there is a $5 suggested donation.