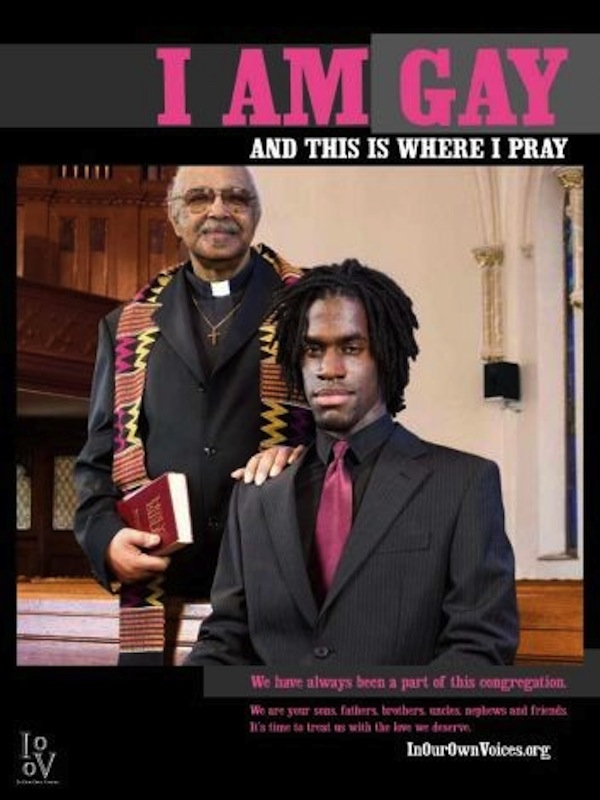 Rev. Dr. Otis Moss III, the pastor of Trinity United Church of Chicago, spoke up only a few weeks after the President issued his support of same-sex marriage. Rev. Dr. Moss entered the conversation not only because he was President Obama’s former pastor, but also because he believed that even if the Black clergy who opposed same-sex marriage were unwilling to change their political position, they should at least be willing to further the dialogue between historically Black churches and LGBTQ communities. In his letter to the Black clergy and in a sermon, Rev. Dr. Moss encouraged religiously-inclined people to interrogate their beliefs and to make sure that their faith truly embraced a practice of love.

“Tell your brethren who are part of your ministerial coalition to ‘live their faith and not legislate their faith’ for the Constitution is designed to protect the rights of all. We must learn to be more than a one-issue community and seek the beloved community where we may not all agree, but we all recognize the fingerprint of the Divine upon all of humanity. There is no doubt people who are same-gender-loving who occupy prominent places in the body of Christ. For the clergy to hide from true dialogue with quick dismissive claims devised from poor biblical scholarship is as sinful as unthoughtful acceptance of a theological position. When we make biblical claims without sound interpretation we run the risk of adopting a doctrinal position of deep conviction but devoid of love. Deep faith may resonate in our position, but it is the ethic of love that forces us to prayerfully reexamine our position.”

This trend of almost unquestionably associating Black churches (and people) with homophobia stems from a lack of understanding or analysis of real Black communities. In the United States, whiteness is the norm; for that reason, when we think about white churches and their views on homosexuality, we can imagine all of the nuances that “white” can entail. It’s not hard to believe that not all white people or even all white churches are homophobic because our society teaches us that “whiteness” encompasses a lot of different categories. Furthermore, in LGBTQ spaces, we are overwhelmed with images of white people being queer, so it’s hard to think that all white people could be homophobic if clearly some queer white people exist. I believe that this phenomenon reveals why there are few research studies specifically devoted to homophobia in white communities or religious spaces. There’s an assumption in our society that we don’t need to study white behavior or culture because whiteness is the measure of what is socially or culturally “normal”. I mean, how many research studies have you seen that try to explain why white people are the way they are, period? It doesn’t matter that Westboro Baptist church is composed mostly of a white family, or that white evangelicals have spread hate for LGBTQ people in other countries; those people don’t represent all white people.

On the other hand, when our society invokes images or ideas of Black people, it’s as though there are only two ways to be Black: religious and intolerant of everything, or… not. Additionally, our society rarely speaks about Blackness in nuanced terms, and even throws around the phrase “the Black community” as if Black people form a homogenous collective. Therefore, when a group of Black people become associated with a quality — especially a negative quality — mainstream society imposes that quality on all Black people. Some church-going Black people are homophobic, so society portrays all Black people (especially if they are religious) as homophobic. And that, my friends, is how stereotypes are created.

It is important for those of us who care about the safety and well-being of LGBTQ communities to challenge groups and organizations that seek to oppress queer folks. However, if we treat historically Black churches as all anti-LGBTQ, we ignore our queer siblings who do find themselves in historically Black churches and also ignore the potential of alliances between LGBTQ communities and Black religious communities. For example, more than a few gay Black churches have sprouted up across the United States. Rev. Phyllis Pennese, an openly gay pastor, runs an African-American church with a predominantly LGBTQ congregation called Pillar of Love Fellowship. Pillar of Love, located in Chicago, was the 1,000th church to join the Open and Affirming (ONA) movement. The ONA movement consists of churches that belong to the United Church of Christ sect and are dedicated to providing a religious space for LGBTQ people. Rev. Pennese explains:

“Pillar of Love, like other ONA churches, is a community where LGBT individuals and families can be restored to wholeness. Our church motto is that ‘we have the courage to be all that God created.’ I do believe that because so many of us in the LGBT and black LGBT community have been abused and brutalized in the church, the only way we can heal and grow and walk confidently into what God has called us to be is to be showered with love.”

These gay Black churches are not limited to cities like Chicago. In Harlem, NY, a gay and a lesbian pastor merged their churches to form the Rivers at Rehoboth Church, a Black church with a mission of “radical inclusivity.” This inclusivity is not limited to only LGBTQ people but extends to any who have been marginalized. 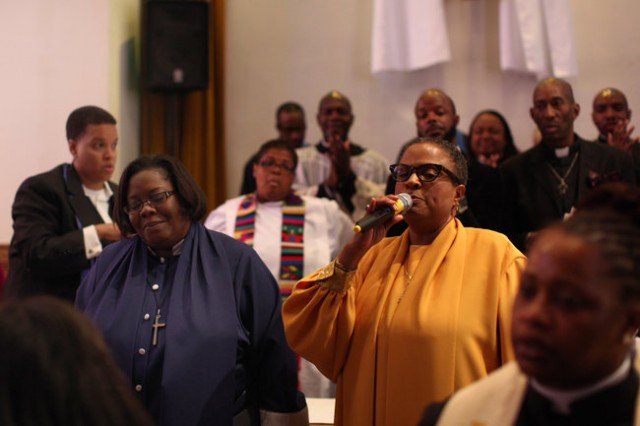 As LGBTQ communities hold religious groups accountable for the wounds that they have inflicted on queer folks, we must be careful not to burn bridges that may be useful. When we simplify historically Black churches as only a monolith of homophobia, we alienate LGBTQ folks who may need the community and spiritual support that historically Black churches have provided them, we disregard Black churches that are creating new frameworks for LGBTQ inclusion, and we ignore the political potential of an alliance between LGBTQ and Black religious communities.

Historically Black churches have been political birthplaces for civil rights movements. The 1960s in particular saw the organization of protests, and political campaigns in Black houses of worship and among Black congregational members as well as religious leaders. Furthermore, in the Jim Crow era of U.S. history, historically Black churches had a less hostile and antagonistic relationship with LGBTQ people. In her book Salvation: Black People and Love, writer and social activist bell hooks suggests:

“Without idealizing the past, it is important for black people to remember that love was the foundation of the acceptance many gay individuals felt in the segregated communities they were raised in. While not everyone loved them or even accepted their lifestyle, there was enough affirmation present to sustain them. Since legalized racial segregation meant that black communities could not expel gay folks, those communities had to come to terms with the reality of gay people in their midst. Straight folks who had been taught by religious teachings to love everybody as oneself were compelled to create a practice of acceptance that was redemptive for both the heterosexual and the homosexual because it offered them an opportunity to, as it was common to say then, “live the faith.” … In some small segregated black communities the church was a safe house, providing both shelter and sanctuary for anyone looked upon as different or deviant, and that included gay believers.” 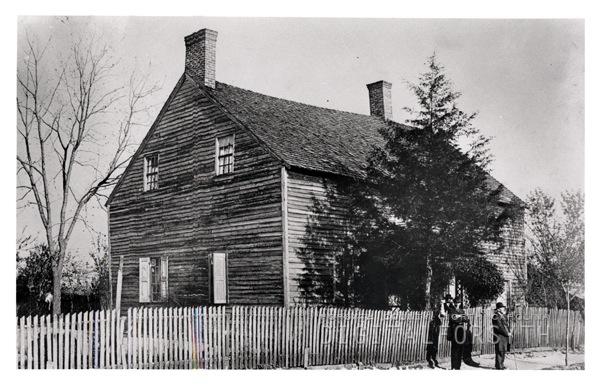 Bishop Yvette Flunder, founder of the gay Black church City of Refuge, argues that the reason why this divide between historically Black churches and queerness presents such a problem is that people working in Black churches get studied instead of being brought into conversations about faith and sexuality. Bishop Flunder insists in an interview with Religion Dispatches that “It’s just that folks are not talking to folks like me [who are people of faith and same-gender loving]. I have to make my way to folks to get them to hear.” In the interview, she explains that conversations about homosexuality and faith could really change the game. Using her relationship with her mother as an example, Bishop Flunder says that the more the two women talked theology and sexual orientation, the more their understanding of one another expanded until her mother eventually accepted that perhaps queerness and faith were not irreconcilable. Ultimately, her mother even went as far as to join Bishop Flunder’s gay Black church.