Arizona Governor Jan Brewer has until the end of the week to decide if her state will be the first of 2014 to legalize religion-based discrimination against, well, just about everybody.

In the spirit of currying favor with extremists by advocating legislation to “protect” their (often unchallenged) right to violate the rights of others, conservative politicians across the country have been proposing these kinds of bills with fervor. Their success so far has been limited, with bills foundering last week in Idaho, Kansas, South Dakota and Tennessee. But Arizona’s bill passed through the Arizona Senate Tuesday and the House Thursday night and now awaits only Brewer’s signature to become law. 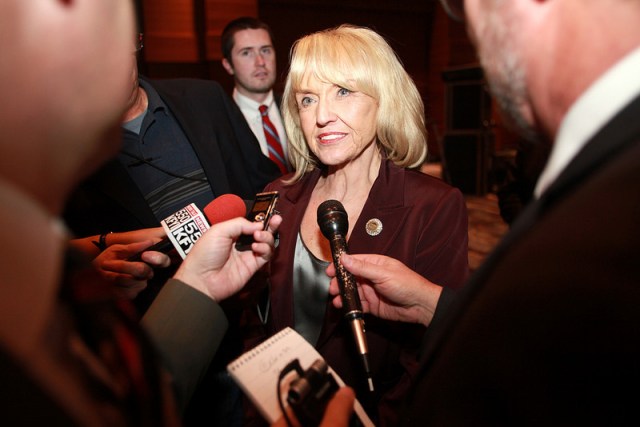 The governor vetoed a similar discrimination bill last year, but not necessarily because she disagreed with its purpose: At the time, she had pledged to not sign it and any other legislation into law until the state’s budget had been settled. She hasn’t taken a solid public stance this time around, though she did tell CNN on Friday that she was unsure if such a right to deny business based on religious grounds “needs to be statutory.”

If she does sign it, businesses in Arizona will be able to judge others based on their own religious beliefs, without fear of legal retribution. That means that a florist who turns down a same-sex wedding job, a photographer who refuses a lesbian couple’s request to document their commitment ceremony, or a baker who declines to bake a wedding cake for two men would all be protected from lawsuits.

But the potential for discrimination extends far beyond same-sex couples wishing to celebrate their partnerships; theoretically, it could affect anyone who acts against someone else’s religious beliefs. The bill’s broad language could even protect employers who refuse to hire gay people or motel owners who won’t rent a room with one bed to two men intent on sharing it. As Matthew C. Whitaker, a history professor at Arizona Sate University, writes in an op-ed for CNN, “Under the guise of religious freedom… the bill would enable businesses potentially to discriminate against virtually anyone — not just Jews, Muslims, Sikhs, agnostics and atheists, but also unwed mothers, Rastafarians and Budweiser T-shirt wearers.” 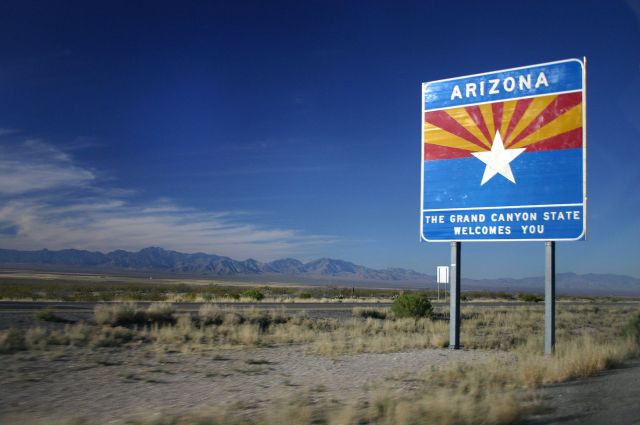 *unless you do something we don’t like
via Wikipedia

To proponents of these bills, it’s a matter of religious freedom: If someone believes something is sinful – i.e. morally wrong – then they should not be coerced by the government into doing it. That’s that “freedom of religion” the Constitution goes on about. And on an individual basis, that may seem reasonable. Jehovah’s Witnesses, for example, can’t be forced to accept blood transfusions or other medical treatments that go against their beliefs about the sanctity of the body. But there’s a huge difference between a religious person refusing treatment for their own illness and one who turns away a customer at their restaurant or store because they presume that customer to be in violation of their own beliefs. Laws like this turn every stranger into a potential enemy, even if you aren’t gay, or Sikh, or pregnant out of wedlock or whatever else a business presumes.

While religious freedom is indeed a constitutional right, it’s far from the guarantee to complete and total immunity that some religious groups advocate. It’s certainly not a blank check allowing anyone who’s ever held a bible or been to church to discriminate at will. Groups across Arizona have urged Brewer to veto the bill, even as the legislation’s proponents cast it as a necessary protection. If she vetoes it, the law will join the nation’s other failed discrimination proposals. But the fact that it even got to her desk is disappointing and frightening — and even if Brewer ultimately decides on a veto, it doesn’t change the alarming fact that these bills are popping up so frequently, and that there are voters out there who think they’re necessary.