Hello webbie-queers! As part of the So You Want to Build a Website series, we’re moving onto the next step: choosing a platform.

Why Is This The Next Step?

Originally, I had choosing a domain name first—but then I realized, as I was typing the post up, that not everyone might need a domain name depending on what platform they choose. Platform is the same thing as saying “website builder” or “tool to help us put some shit on the internet.” Some of the platforms I’m going to include on here are on the cusp between social media and website builder—the line is so much blurrier now, what with Tumblr. Speaking of Tumblr, I’m going to cover some builders/platforms/content management systems that you may have heard of and some you may have not. But never fear, hopefully we’ll be speaking about them in new ways even if you’ve dabbled in them before.

What Kind Of Platforms Are Out There?

From the most rigid to the least rigid, here are some tools to help you build a website that showcases your work and your ideas.

What it is: “Medium connects people, stories and ideas that matter to you.” In other words, it’s a social blogging platform.

Who’s it for (generally): Most of what does well on Medium is the written word and even long form essays, so generally the people who gravitate toward Medium express themselves best there. But it’s got multimedia features as well—cartoonists like Erika Moen use Medium.

What it is: A Google product that allows multi-user blogs and some level of customization.

Who’s it for (generally): This is for people or groups of people who want to blog, and blog only. Blogger doesn’t make a great static website or landing page.

What it is: I don’t need to tell the queers what Tumblr is. This I know. But just in case, Tumblr is a social blogging platform that allows users to both generate their own content and curate content that others generate.

Who’s it for (generally): the things that do the best on Tumblr, because of it’s curation ethos, are usually heavily visual. Visual artists, photographers, film makers and short form bloggers usually do best on Tumblr, as do humorists who trade in gifs. It’s also not wonderful for static websites and landing pages. But none of those are hard and fast rules by any stretch—Ann Friedman is a good example of a longer form writer who uses Tumblr for her entire website, not just the blog portion.

What it is: similar to Tumblr, Newhive is a WYSIWYG (what you see is what you get) editor that lets people create Newhives, which look like independent Tumblr pages but aren’t unified by anything except your profile. It’s more like a multimedia art mixer.

Who’s it for (generally): People who like zines. Seriously. Making something on Newhive feels like making a zine, with it’s cut and paste kind of feel and the ability to remix other people’s Newhives. Audio, video and visual artists are most likely to enjoy this platform.

What it is: A feature-rich, paid platform for making websites, blogs and stores online.

Who’s it for (generally): business owners or freelancers who want to create beautiful landing pages, portfolios or resumé sites. I think it’s very telling that Squarespace offers up both “restaurants” and “weddings” as examples of websites on their about page. Bloggers sometimes use Squarespace as well, but with the plethora of free tools that blog, I find that the people most likely to get a lot out of Squarespace are not blogging. As an example, qu.ee/r Magazine is a Squarespace site.

What it is: a desktop software by Adobe, part of Creative Cloud, similar in functionality to Photoshop except it exports websites instead of images. No code required!

Who’s it for (generally): Graphic designers and other Photoshop aficionados, people who want gorgeous websites with parallax scrolling that don’t include a blogging component. In other words, informational sites, landing pages and portfolio/resumé sites.

What it is: Similar to WordPress, but less well-known and nerdier. It’s a content management blogging system with very customizable themes.

Who’s it for (generally): Major nerds who want a challenge and a blog.

What it is: Massively popular blogging platform and website building tool. 23% of the internet runs on WordPress. We run on WordPress!

What it is: Another Adobe product, this is a desktop website building tool in the same vein as Muse. Unlike Muse, it allows those who know code to edit the code directly.

Who’s it for (generally): designers! Great for building multimedia web projects, business sites and portfolio/landing pages. Not the best for blogging because it lacks a content management system 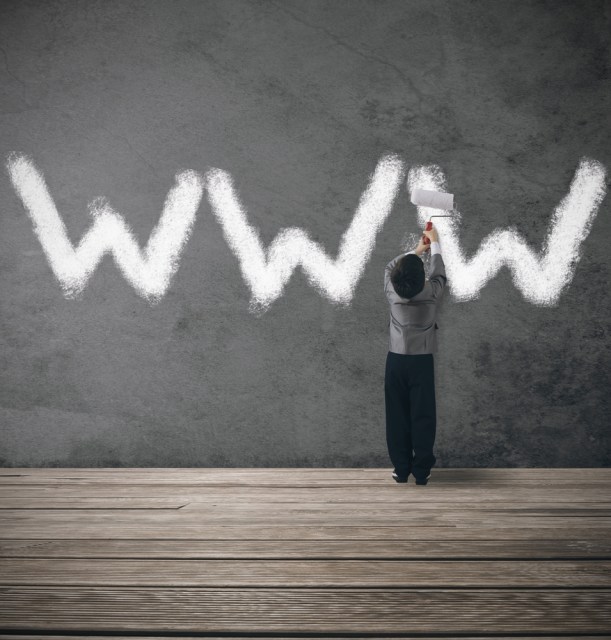 How Do You Choose One That’s Right For You?

Here’s the thing—Queer Your Tech is written by a human woman with opinions. The above “who’s it for” sections? They’re all my opinion! So I could tell you to simply align what you said you were looking to do in our last installment with what I think pairs well with your goals, but that’s bad advice. The truth is, there are exceptions to every “rule.” And the only way to know if a platform is right for you, in my opinion, is to play around with it. You can learn pretty quickly whether or not something is working for you by trying to make a website with it, even if that website never sees the byte of day (lol). Every service here is something you can try without sinking money into it—even the paid services have 30-day free trials.

I find, though, that so many people are reluctant to just grab a tool and play. In my years teaching computers to hobbyists and business owners alike, I figured out that much of the general populace has had their sense of play (when it comes to computers, at least) beaten out of them. Perhaps it’s that smug relative of yours that can always make the printer work—maybe he smirks whenever you try something new and it doesn’t come out the way you plan. Or maybe you, like so many others, simply heard the message that you (or people like you) just aren’t any good with computers. Here is my permission (not that you need it) to futz. Please futz. The art of futzing is largely lost and if you believe in it, clap your hands! And make a tester website!

So—what platforms did I miss? What are you using for your websites? Do you have any questions? I’ll be hanging by my computer this weekend, so please chat it up and ask away in the comments below!

This has been the one-hundred-seventeenth installment of  Queer Your Tech with Fun, Autostraddle’s nerdy tech column. Not everything we cover is queer per se, but we talk about customizing this awesome technology you’ve got. Having it our way, expressing our appy selves just like we do with our identities. Here we can talk about anything from app recommendations to choosing a wireless printer to web sites you have to favorite to any other fun shit we can do with technology. Header by Rory Midhani.