Today the Supreme Court handed down a ruling on the controversial Burwell v. Hobby Lobby Stores, Inc case, in which the owners of the Hobby Lobby chain of craft stores argued that due to their religious convictions, they should not be required to cover access to certain contraceptives, as the Affordable Care Act requires. The Supreme Court has decided in Hobby Lobby’s favor, with Justice Alito writing the decision that “the regulations that impose this obligation violate [the Religious Freedom Restoration Act],” and that Hobby Lobby is therefore free to refuse to pay for employee’s birth control.

The ruling is a huge one, and one that could have major implications far beyond Hobby Lobby employees. It’s also a very complicated one, relying on an interpretation of a law that hasn’t been the subject of much public discourse since it was signed into law by President Clinton in 1993 — the Religious Freedom Restoration Act. In order to understand the majority opinion’s reasoning for why this ruling made sense, it’s important to understand what that law is, and the surprising ways in which it was interpreted today. 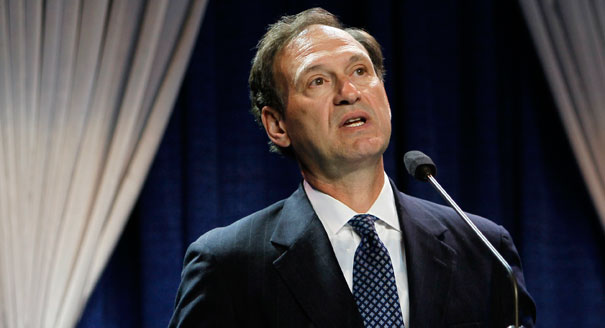 Originally, the RFRA was actually a reaction to another SCOTUS case. In Employment Divison v. Smith, the Supreme Court upheld the State of Oregon’s decision to deny two Native American men unemployment benefits after they were fired for testing positive for peyote, even though the peyote was used as a critical part of a religious ceremony. In response, Congress passed RFRA, which holds that even if a law is “religiously neutral” or not intended to restrict religious exercise, it can burden that religious exercise, and the religious practitioner can be made exempt from it. The law also re-institutes the “Sherbert test,” a result of Sherbert v. Verner, which is meant to help determine whether the law or the religious practice should be granted priority and requires “strict scrutiny” when making that call. According to the Sherbert test, a law trumps religious freedom if it meets two conditions: the government’s interest in it is more than routine and does more than simply improve government efficiency, and is related to “core constitutional issues”; and also that the law is the “least restrictive” way in which the government’s interest can be furthered.

In this particular context, Alito and the rest of the majority opinion justices have interpreted the ACA’s mandate for access to contraceptives as a burden to the plaintiff’s religious exercise, particularly to the degree that the plaintiffs regard medical options like the morning-after pill as tantamount to abortion. The ruling also claims that this mandate is not the “least restrictive” way in which to accomplish the government’s interest — which in this case is the reproductive health of Hobby Lobby’s employees. Specifically, Alito claims in his opinion that refusing to cover employees’ access to birth control is “less restrictive than requiring employers to fund contraceptive methods that violate their religious beliefs.”

In Justice Ruth Bader Ginsburg’s powerful 35-page dissent, she walks the reader through the thought process that Alito and the rest of the majority opinion would have had to follow to reach this conclusion:

1. Do for-profit companies rank among “person[s] who exercise… religion?”

2. Assuming that they do, does the contraceptive coverage requirement “substantially burden” their religious exercise?

3. If so, is the requirement “in furtherance of a compelling government interest?”

4. And last, does the requirement represent the least restrictive means for furthering that interest? 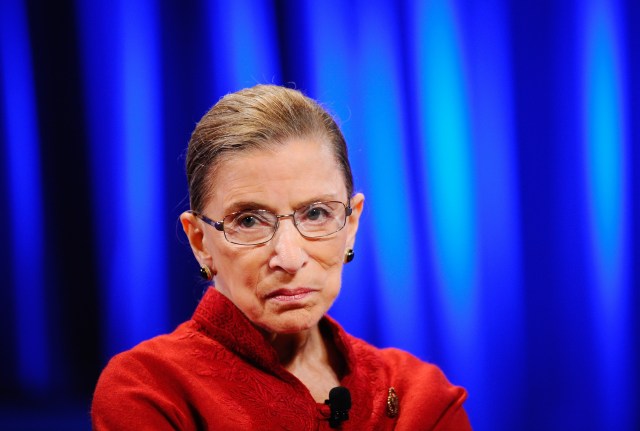 Essentially, for the Supreme Court to have ruled as it did, it had to have answered “yes” to at least three of these questions. Alito avoids making the claim that reproductive health, especially that of women, isn’t a “compelling government interest” with relevance to core constitutional issues, but does make the claim that there is a “less restrictive” means for the government to further that interest — or at least that Health and Human Services hasn’t proven the contrary. Alito argues that “There are other ways in which Congress or HHS could equally ensure that every woman has cost-free access to the particular contraceptives at issue here and, indeed, to all FDA-approved contraceptives.”

What Alito is referring to is a complex system of paperwork and bureaucracy that is sometimes implemented in the case of religious exemptions to medical care, which Reuters has explained probably as clearly as it’s possible to:

…Alito indicated that employees could still be able to obtain the birth control coverage via an expansion of an accommodation to the mandate that the Obama administration has already introduced for religious-affiliated nonprofits. The accommodation allows health insurance companies to provide the coverage without the employer being involved in the process.

Under the accommodation, eligible non-profits must provide a “self certification”, described by one lower court judge as a “permission slip” authorizing insurance companies to provide the coverage. The accommodation is itself the subject of a separate legal challenge.

To be clear, this system is not actually in place for employees of Hobby Lobby — it’s only meant for nonprofit religious institutions, but Alito argues that “HHS has provided no reason why the same system cannot be made available when the owners of for-profit companies have similar religious objections.” For the actual employees and their current lived experience, this legal argument offers only the idea that, at a later date, the current accommodation might be expanded to cover their situation; that is, if a “separate legal challenge” doesn’t do away with it altogether.

In terms of the health and rights of Hobby Lobby employees, the question of what is “less restrictive” may be the most outrageous aspect of this ruling; for the future and for the rest of America, it’s also critical to look at Ginsburg’s first question: “Do for-profit companies rank among persons who exercise religion?” Alarmingly, this ruling sets a precedent that yes, they do. This means that in later legal challenges, justices may have the option of treating for-profit companies as having the same First Amendment rights and religious freedom protections as an individual American citizen.

To figure out what that might mean, Autostraddle spoke with Sarah, a lawyer, about what future ramifications this ruling might have.

“[The] Roberts court is… very well known for chipping away at legal doctrine that has been in place for a really long time by twisting some past cases. When you do that in three or four big cases, by the end, everything looks different. So here, you could use this case to upend the entirety of religious freedom doctrine under the First Amendment. They could easily limit this case to its facts, and it would be a one-off that’s just about contraception. Or in the next two cases, they can dramatically expand the limits of how the government can regulate corporations, so the next case looks like Chik-Fil-A firing a manager for being gay, and the court striking down anti-discrimination laws.”

As a comparison, Sarah points to Citizens United v. Federal Election Commission. In 2010, the Supreme Court ruled that the First Amendment prohibited the government from restricting political expenditures by corporations, associations or labor unions. Although Citizens United on its own is limited in terms of how it impacts corporate entanglement with political campaigns — it originally centered around whether Citizens United could be allowed to create and air a film critical of Hillary Clinton — it’s often credited with laying the groundwork for the legal justification for super PACs. Like a chess game, Citizens United acted as a crucial opening move, setting up the legal precedents that “independent expenditures, including those made by corporations, do not give rise to corruption or the appearance of corruption” and that corporations have some level of First Amendment rights in terms of speaking out about political beliefs. This provided the opening for Speechnow.org v. Federal Election Commission and several other cases, which actually did lead to the creation of super PACs and other major upsets in terms of campaign finance law.

When it comes to Burwell v. Hobby Lobby Stores, Inc, Alito has included language which is meant to specifically limit this case to the specifically identified forms of birth control. But that doesn’t mean that this case won’t ultimately have much larger ramifications; now that the religious convictions of privately owned companies have been given these protections, it’s possible to set up lawsuits that will build on them even further. It’s impossible to tell exactly where that may lead, but it’s hard to imagine it being good news for those already marginalized in the workforce, especially those who are often the target of “religious convictions,” like queer and trans people.

At the end of the day, this ruling is a major conservative victory. It strikes a blow against the Affordable Care Act; it attacks women’s access to reproductive healthcare and agency over their own reproductive health; it bolsters the power of any person, organization or company who claims religious beliefs as a justification for restricting others’ rights, and perhaps most frightening of all, it grants more power to corporations and privately owned businesses while weakening the capabilities of the federal government, especially in terms of regulation. It’s entirely possible that this ruling will lead to others which will harm individual citizens and curtail the ability of the government to mitigate that harm even further, but even if it doesn’t, this is a heartbreaking ruling for a group of people who are today informed by the highest court in the land that their health and their right to access care are less important than their employers’ religious beliefs. In an era of American history when the right to healthcare, especially for women, has been used as a lightning rod for political discord, today is disheartening and worrisome, but unfortunately not much of a surprise.