Hesta Prynn is such a fucking badass. A female rapper from Northern State, she’s now releasing solo work (and has been since 2010) that’s more focused on dancing and dubstep. Her video for “We Could Fall In Love” is amazing.

I had the opportunity to (virtually) sit down with Hesta (aka Julie Potash) and found out how to be a rapper and how to work with Jay-Z. The secret? Just be as amazing as Hesta Prynn.

I guess we should start with the video itself – there’s so much going on! What was your inspiration and what did you use to achieve the final product?

I always like to make really conceptual videos. The song is about parallel lives and the possibilities that lie wherein. I work with director Randy Scott Slavin on all of my videos and he made this one using two VCRs we bought on Craigslist. The idea is about what is living inside of a second of static on a VHS tape. If you slowed it down and watched it you’d see this girl in this whole other world.

I am a 90s New York City kid and hip-hop is my first love. When I got my first stereo in seventh grade I used to fall asleep listening to Hot 97. Hip-hop and rap music were such a fundamental part of our lives back then. The Northern State girls and I bonded over this – we decided to try to write some rap songs and we did and they were good and people liked them so we kept going.

So what can we expect in your upcoming studio album?

More records that you can dance to.

Why the move to LA?

I love LA – you’re kind of not supposed to say that as a New Yorker but the lifestyle is just so fabulous. It’s sunny everyday, it’s affordable, no one works. It’s like cocktail hour all day long. 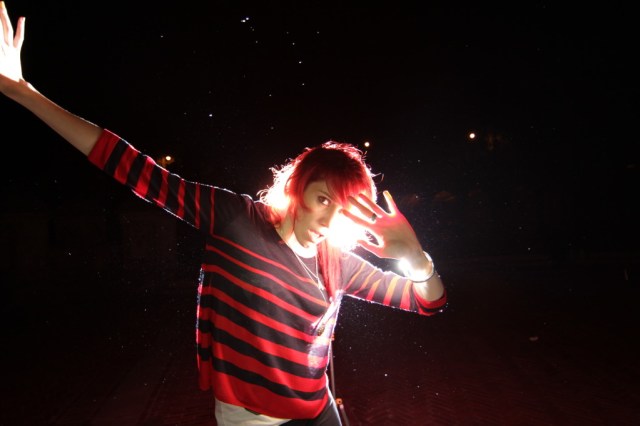 How does one go about starting a career as a female rapper? It’s kind of my backup plan for life at the moment.

I’d say the best way to get into the female rap game (and any new business really) is to learn how to do everything you can and then just DO IT. The first real producer we ever worked with was a guy named Jesse West and I remember him telling us “you girls just gotta Keep. On. Doin it.” He also taught us about song structure and how to roll a blunt.

He and his boys treated us with so much respect, like total equals. It was amazing and that experience of how we were treated is actually much bigger deal in retrospect than I realized at the time. All of those guys, all of THE GUYS who took us under their wing like they did really loved our band and treated us like we were real hip-hop artists with something to say and like us rapping was the most normal thing in the world. I’m incredibly lucky to have had those experiences and I think they gave me license to actually BE an artist. It takes a lot of balls to make music, write a book, paint a picture, whatever your medium is, it takes a lot of balls to think that people will or should care about what you have to say. I think those early experiences gave me that kind of confidence. That’s what carries you through in the darker days – and we have some DARK DAYS as every artist knows.

You have the best stage name ever. Why the Scarlett Letter?

This is how I got my name:
Drunk Spero: OMG WE WANT TO START A GIRL BEASTIE BOYS AND WE WANT YOU TO BE IN IT!!
Drunk HP: OMG DON’T NAME IT SOMETHING OVER-THE-TOP FEMINIST LIKE “HESTA PRYNN” or something!
Drunk Sprout: OMG THAT’S YOUR MC NAME!!!!

Is there anything else you’d want to add?