Looking for books with queer Jewish women characters? So was Michal, who emailed me a few weeks ago with this Ask Your Friendly Neighborhood Lesbrarian question:

I’m a young Jewish queer girl looking for books about other Jewish queer girls. Do you have any recommendations? Doesn’t matter to me what kind of books these are, so long as they have Jewish queer girls of all types. You should know I’ve already heard of Shira Glassman’s Mangoverse books and have begun to read the first one and have also already read Becky Albertalli’s deeply queer, deeply Jewish The Upside of Unrequited. Thanks!

Here are eight awesome books with queer Jewish women characters, from YA to literary fiction to historical fiction and more! I’ve tried to include a diversity of Jewish characters from different parts of the world and some characters who are observant and some who are secular. Obviously, I haven’t included the books Michal has already mentioned, but if you haven’t read The Upside Of Unrequited — an adorable YA novel that is probably the queerest book with a straight girl main character that I’ve ever read — or the Mangoverse books — a fluffy fun fantasy series with an incredibly diverse cast — definitely get on that!

The Mystics of Mile End by Sigal Samuel 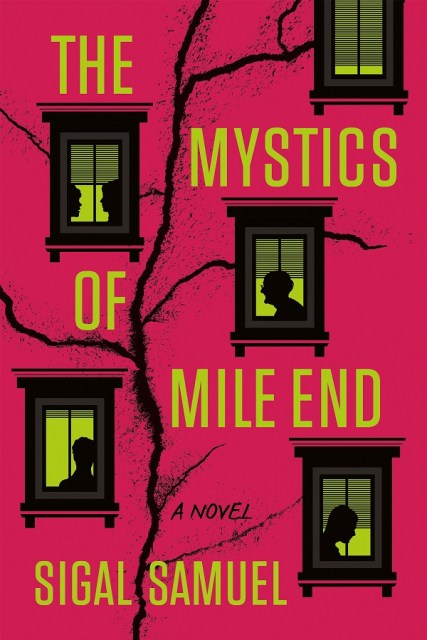 This lushly written debut novel is set in Montreal’s Mile End neighborhood, where Hasidic Jews and hipsters bump shoulders. The richly described setting is a character unto itself, but the novel’s human characters — the Meyer family — are just as vivid. Lev and Samara Meyer are the children of David, a cynical professor of Jewish mysticism who left the Orthodox faith in part because of his wife’s early death. As kids, Samara and Lev have to hide their interest in Judaism; but as adults they notice strange behavior on David’s part that suggests his (potentially self-destructive) interest in Jewish mysticism is returning. When Samara begins to go down the same fanatical path, it’s up to her friends and family — including her girlfriend Jenny — to save the Meyers from themselves. Mystics of Mile End is a rare novel that is spiritually, emotionally and intellectually satisfying in equal measures. Read Melanie’s full review on Autostraddle.

Little and Lion by Brandy Colbert

A Stonewall Award winner, this YA novel follows the life of Suzette, a black bisexual Jewish teenager, as she returns home to LA after a year away at boarding school on the east coast. The reason for Suzette’s trip is to support her brother Emil, with whom she has a really close relationship and who has recently been diagnosed with bipolar disorder. As Suzette settles into her old life, she finds herself wondering if she even wants to go back to boarding school. She also finds herself falling in love with a girl…the same girl, unfortunately, that her brother is love with. This knock-out novel is a nuanced, honest, and compassionate interrogation of identity, mental health and family. 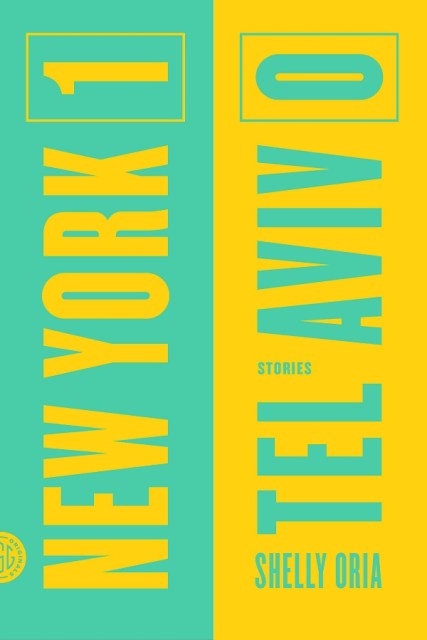 Oria’s collection of short stories center on the lives of Israeli Americans living in New York City. As these globalized ex-pats travel between the US and Israel — never exactly establishing roots in either place — their yearnings for love, sex, and connection are at the forefront. In one story, a nameless narrator looks back on a relationship through the couple’s best and worst kisses. In another, a sex worker falls in love with her photographer. In another, a couple discovers that together they can stop time. Many of the stories feature queer women characters. Although her mother tongue is Hebrew, Oria writes beautifully in English, with a delightful lilt and undefinable quality to her prose that is a testament to how authors writing in English as a second language can make it seem brand new. 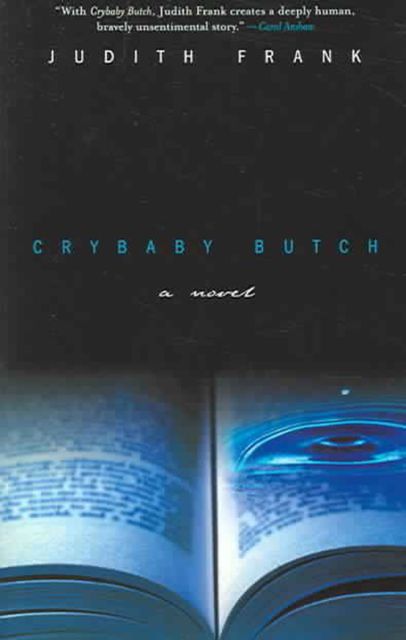 The winner of the 2004 Lambda Award for debut lesbian fiction, Crybaby Butch is an ambitious book that looks at issues of race and class through the relationship between two butch women of different generations. Anna is butch Jewish lesbian in her thirties with a PhD who grew up upper middle class. Since she can’t get an academic job, she’s working as an adult literacy tutor. One of her students is Chris, a white working class butch who grew up in the 50s. Their connection is immediate and powerful; but it is also difficult and sometimes hilarious, as they navigate the huge gulfs between them in terms of life experience. How can two people who use the same word to identify themselves have such different ideas about what it means and what it says about them? 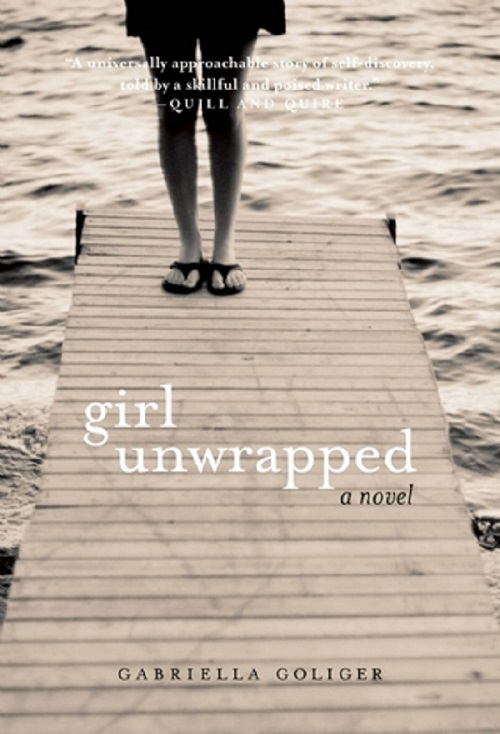 Girl Unwrapped is a coming-of-age YA novel that begins in 1960s Montreal. Only child Toni Goldblatt has often felt that she could never live up to her Holocaust-scarred parents’ high expectations: as a firm tomboy kid, she can’t stand the poufy dresses her mom picks out for her and she gets kicked out of Jewish summer camp for drunkenly proclaiming her love for her (female) music teacher. When as a teenager Toni realizes she’s a lesbian, she feels like she has no other option other than to leave home and reinvent herself. She heads to Israel in 1967 with Zionist dreams. It’s only when those dreams utterly fail, however, that Toni is truly able to come into her own as she returns to Canada and immerses herself in the underground Montreal butch/femme lesbian bar scene.

Days of Awe by Achy Obejas 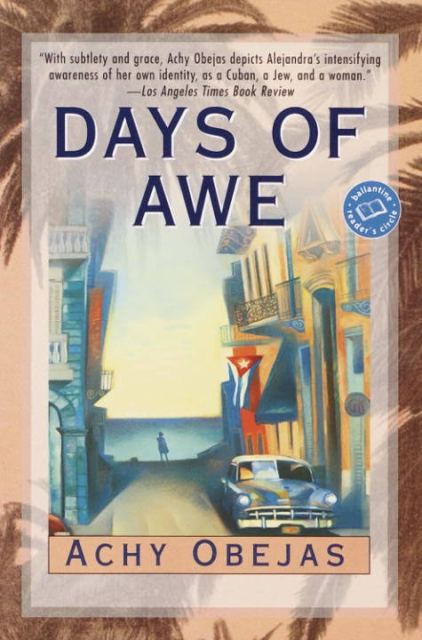 Alejandra San José was born in Havana in 1959 in the midst of revolution; two years later she and her parents were living in Chicago. When Alejandra returns to her homeland for the first time as a queer adult while doing work as an interpreter, she begins to investigate her family history. She is shocked to find that her ancestry is not at all what she thought it was: the San Josés are Jewish. After converting publicly to Catholicism during the Spanish Inquisition, her ancestors continued to observe Judaism in secret up to and including their move to Cuba. Thrown by the strength of conviction of the family who came before her, Alejandra struggles to reconcile her difficulties situating herself within Cuban vs. American and Catholic vs. Jewish identities. Written in English that beautifully mirrors the rhythms of Cuban Spanish, Alejandra’s story is about the complexities and intersections of religious, linguistic and cultural identity. 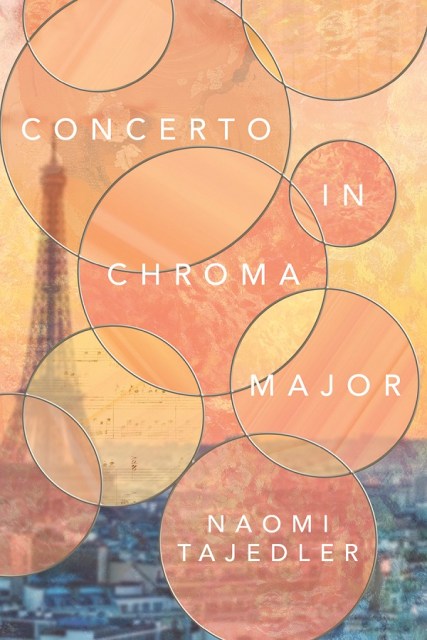 The main character in this queer romance is Alexandra Graff, a Californian ex-pat living in Paris. She’s also a fat, half Ashkenazi half Moroccan bisexual Jewish woman artist. She makes stained glass, using her synesthesia, which allows her to see sounds as colors, as her inspiration. Her latest commission is from the new Philharmonie to make panels for their new space. There she meets Halina Piotrowski, a famous and alluring Polish pianist. It’s a meeting of two brilliant artistic minds, as Alexandra creates art from the colors that Halina’s music inspires. But once things get serious, will Halina be able to overcome her fear of establishing roots? Come to this book for the queer Jewish representation, stay for the delicious Parisian food, art and music.

Beyond the Pale by Elana Dykewomon 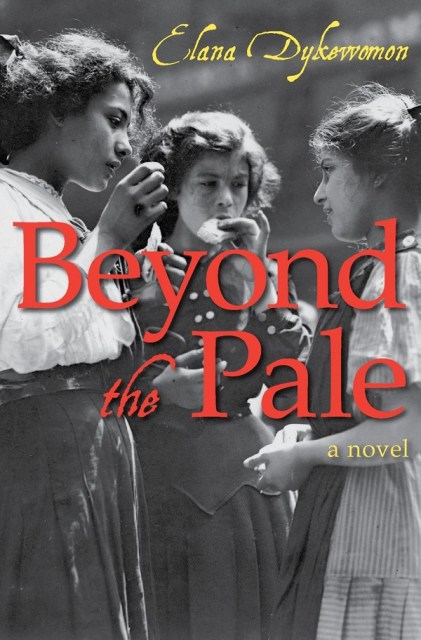 Beyond the Pale is classic of lesbian literature that won multiple queer book awards in 1998 the year after it was published. It’s an epic historical novel following the interwoven lives of two Jewish lesbians in the late 19th and early 20th centuries. Gutke Gurvich’s journey begins in Russia, where she works as a midwife. She later moves to New York City, where she becomes involved in the suffrage movement. Chava Meyer is one generation younger, a baby whose birth Gutke attended in Russia. She survives the pogrom that her parents do not, and also ends up in NYC. This is a deeply historically contextualized novel, full to the brim of the social and political issues of the time, from labor unions and suffragist rallies to the concrete ways that sexism, classism and anti-Semitism played out in individual Jewish women’s lives.

Want more queer Jewish books? Check out this list on Goodreads of over 200 Jewish LGBT Books. Add any favorite books with queer Jewish characters in the comments. And keep your lesbrarian questions coming to stepaniukcasey [at] gmail.com!