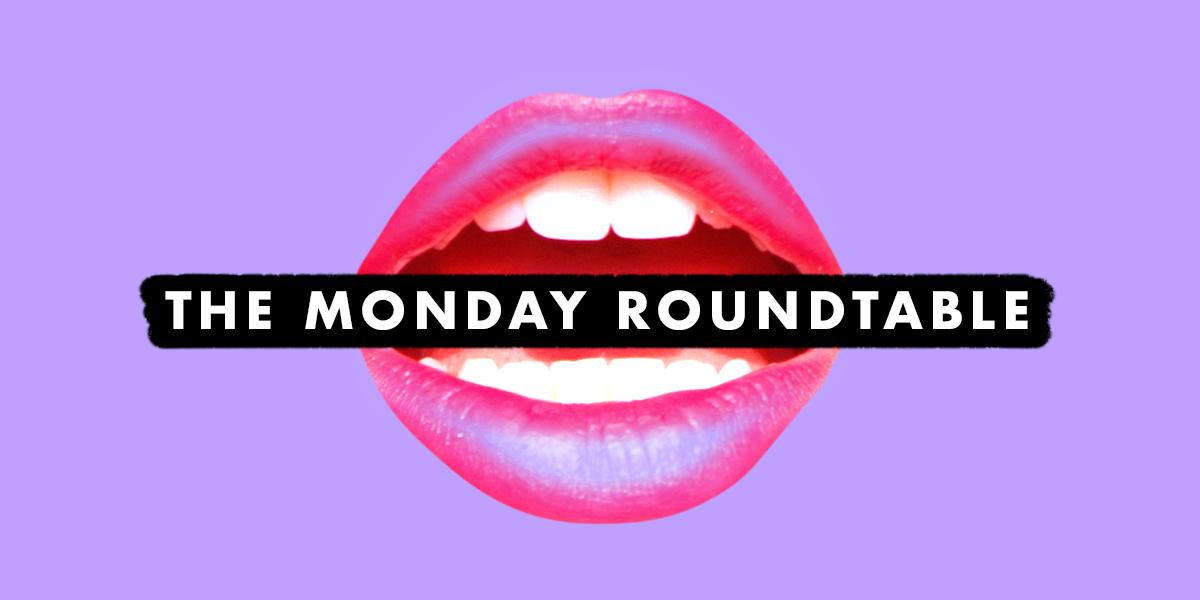 There’s just some songs that make you want to shout and dance and that make you feel proud to be queer. You know the ones, when you’re at a party and it comes on and you run to the dance floor with your friends or it’s on the radio while you’re driving and it immediately puts you in a good mood, or it’s a song you intentionally put on to boost your day. These are our queer anthems, our pride jams that make our hearts sing.

I love bubbly pop songs, and the second I heard “Girls Like Girls,” a queer bubbly pop song by Hayley Kiyoko, I knew I’d be listening to it on repeat all summer. Kiyoko released a super queer, super emotional music video for the song around the same time we were starting to shoot season one of Sidetrack, the webseries I wrote and co-created. That summer, I’d fly back-and-forth between Chicago and Brooklyn to spend sweaty, long days on set with our all-women cast and crew. “Girls Like Girls” quickly became one of the songs played most often on set. We didn’t have a budget to actually use the song on the show, but I like to think of “Girls Like Girls” as the behind-the-scenes theme song of Sidetrack. It always brings me back to those tough but fun days on set, where we were capturing the stories I wrote, which includes a retelling of my coming out story. When I think of pride, I think of Sidetrack, and when I think of Sidetrack, “Girls Like Girls” often plays in my head.

Good Dress, We Are Smug

Darren Hayes is probably the reason I am gay; I must have subconsciously picked up on his queerness long before either of us could deal with our own personal sexualities. The hair and proto-goth fashion! The fabulousness! The HIGH DRAMA. He still pretty much informs my femmeness (and also makes me have weird feelings about my gender but that’s a whole separate story).

Once Hayes came out, his music became a thousand times queerer, revelling in his fully embraced identity. A great example of that is We Are Smug, a one-off secret side project album with collaborator Robert Conley that was released for free for one day on his 37th birthday in 2009 and then made available for sale a few years later. Lots of dance-pop, some songs sounding like shitposts and others more serious than they appear, gender-ambiguous narrators everywhere. Tons of fun.

My absolute favourite song on We Are Smug is Hot Tub Blues, for which Hayes did a killer burlesque-esque performance for in his last tour that I’m hoping to recreate at a drag show some place. It’s more of a sad dreary song (dressed up in upbeat “no fucks to give” vibes) though, not really something one would call a “pride anthem”. For that I have Good Dress — messing with Dom(me)/sub expectations, weilding power in feminine wiles, the magic of having someone wrapped around your little finger and making them think they are the one in control. This song is my alarm clock song; it helps me feel like a badass on days where I’d rather sleep in.

So, I’ve loved Selena Gomez since her DCOM with fellow Love of My Life Demi Lovato, but in the last few years my fandom for her has shot through the roof, first with “Hands to Myself,” then with “It Ain’t Me” and now with this Song of the Summer, “Bad Liar.” I first heard it when I saw Riese post about it in Autostraddle Slack and I immediately started yelling and dying. I was in love. Here was one of my top favs in a video where she plays four different characters who are flirting with/crushing on/married to/the parents of each other and it’s so freaking weird and so sexy and the song is an absolute banger. Like, come on, the hook and the sexy weird way she sings and the drops and sways and everything! It’s impossible to not feel like a sexy brat swishing your hips around dancing in your bedroom thinking about your gay crush. It’s a queer dream and I don’t wanna wake up.

My Neck, My Back, Khia

There’s nothing explicitly gay about “My Neck, My Back,” but the song does fill me with all kinds of queer lady feelings whenever I hear it. In Spring of 2009, Tracie Egan Morrissey posted 20 Songs About Cunnilingus on Jezebel, and this song has more or less been stuck in my head ever since. Lyrically brash songs about female sexuality fill me with pride, and who can deny the brilliance of this opening call to action? “All you ladies pop your pussy like this / Shake your body, don’t stop, don’t miss / Just do it, do it, do it, do it, do it now / Lick it good / Suck this pussy, just like you should.” Marvelous.

My Girl, The Temptations

It’s short and sweet and I can sing it to basically every pretty girl I meet. I’ve wanted to be the butchiest butch basically forever but couldn’t growing up cause well that wasn’t allowed. But this song let me practice, even in public! Every time this song came on in the car, I could belt out the words and no one would look at me wrong! I didn’t have to worry about slipping up on pronouns! And it came on at least once a day on the radio we played and probably at least twice a day as we watched TV.

I Wanna Dance With Somebody, Whitney Houston

The first piece I ever had published on Autostraddle was an essay about my love for Whitney Houston, so it follows that my number one pride anthem is “I Wanna Dance With Somebody.” There is no song in existence that makes me as happy and hype and proud to be a queer black woman as that song. I hear it almost every time I go out and when I do I drop everything to dance and sing along.

I saw Janelle Monáe perform live for the first time as the unbilled opening act for the opening act at a concert at Darien Lake. There I was in the front row when this beautiful human walked onstage in a slick tuxedo suit with a perfect pompadour, dragging a folding chair towards center stage. She jumped up onto the folding chair, raised one hand into the air, and launched into “Many Moons.” I was hooked and smitten at once. I’ve been obsessed with Janelle ever since. She represents everything that Pride should be about in her music and her activism: art that pushes boundaries; centering marginalized voices; love as resistance; investing in our own resilience, fucking with gender, beauty at the intersection of class, race, and gender; self-autonomy as power; and incredibly gorgeous hair. I’ve always felt in my heart that Janelle is queer and “Q.U.E.E.N.” (and really the whole Electric Lady album, really) just made my brain explode. I’ve had the joy of seeing Janelle perform two times since then and I still play this song (and all her albums) all the damn time and I don’t know why she isn’t the queen of the recording world right now because DAMN she deserves it.

I’ve loved Hercules and Love Affair for years. They’re this weirdo queer disco outfit fronted by David Butler alongside mega-babe vocalist and DJ Kim Ann Foxman. They’re super fun and draw from a long culture of house balls and disco music, and it’s the band I go to when I want to feel extra-gay when I dance. To me, they sound like a contemporary remix of the golden age of gay dance music and the New York club scene in the 80s, something I don’t usually get to feel a part of.

This song is extra-special because they connected with Krystle Warren, an amazing black queer folk singer who used to be a busker on the streets on New York. She’s a badass with a beautiful, husky voice, and with Butler’s amazing beats and dancey production behind it, it’s such a jam. I love seeing the queer community come together, especially such disparate musicians! The quality and versatility of Warren’s voice really comes out in this song (and it’s also just great for shaking your butt).

Work From Home was a 2016 summer hit but I didn’t start paying attention to it till after its debut. At last year’s annual senior editor retreat, Rachel mentioned that the senior editors should do a lip sync video to Work From Home because you guessed it, we all work from home! We watched the music video together and from then on I was hooked! I think we listened to it a million times — it was so catchy! We didn’t end up doing that video but I remember Sarah figuring out the choreography for us outside. After the retreat, I heard it everywhere, all the time and I couldn’t resist smiling and singing along! I associate Work From Home to Autostraddle and being gay af and dancing like a fool at A-Camp. It makes me instantly happy and ready to work, work, work.

I first heard this jam while watching The Bold Type and it’s been in my head ever since. It’s a song you’ll want to listen to dancing in the shower, putting on a weird shade of lipstick, or stir-frying dinner for your latest crush. Whistle has all the layers of a perfectly delicious pop song — involuntary hip-shaking beats, rap breaks, and a catchy chorus. I’m now also obsessed with the music video, which features the four very cute members of BLACKPINK and is full of poppy neon and surreal landscapes.

What’s your queer anthem? Why is it your jam? Why do you love it so much? Everyone is welcome to let us know in the comments!