Famed pop singer and lesbian cult favorite Demi Lovato has perhaps maybe recently made the best decision any woman could ever make, which is to date another woman. This past weekend, Disney star Demi Lovato visited Disneyland with DJ/Producer Lauren Abedini, which is a little on the nose but we’ll forgive it.

“Honestly that’s great,” said Autostraddle Vapid Fluff Editor Stef Schwartz in a Slack chat she didn’t know I planned on quoting in this piece. “I was really sad when she made it sound like she had experimented with girls and was over it and was just gonna date beefy MMA dudes and Wilmer Valderrama from now on.”

Lauren Abedini is a smokin’ hot openly gay self-identified DJ, Producer and Intersectional Feminist who runs a series of non-profit DJ workshops for women with all proceeds donated to local women’s shelters. Yup: she’s a g-ddamn catch, this woman. 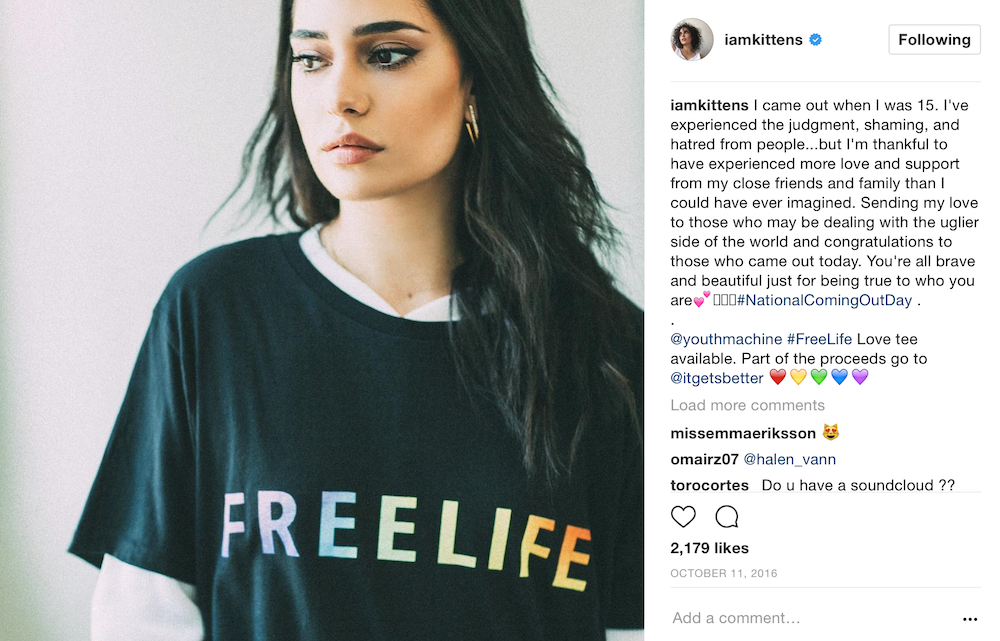 In other words, these women would make an intense power couple, capable of great magic beyond anything a young Demi may have imagined while in the Princess Protection Program.

Nobody involved has confirmed this union but Twitter is 100% confident that this is really happening, which Teen Vogue took note of. We’ve speculated about Demi Lovato being bisexual in the past, and cannot wait to continue this line of speculation indefinitely.

In conclusion, I made it through this entire post without a single “cool for the summer” joke, and also:

ETA: Higher-quality pictures of two gals being pals holding hands even though it’s really hot and their palms may have gotten sweaty.