“Cool For The Summer” chanteuse Demi Lovato has yet to directly confirm rumors of her bisexuality, though she has managed to provocatively skirt the issue for quite some time now and is “definitely not denying” that “Cool for the Summer” is about her own experimentations with her sexuality. In the latest issue of Complex magazine, she discusses her opinions about sexuality and love while topless and casually perching atop an inflatable banana, as one does. 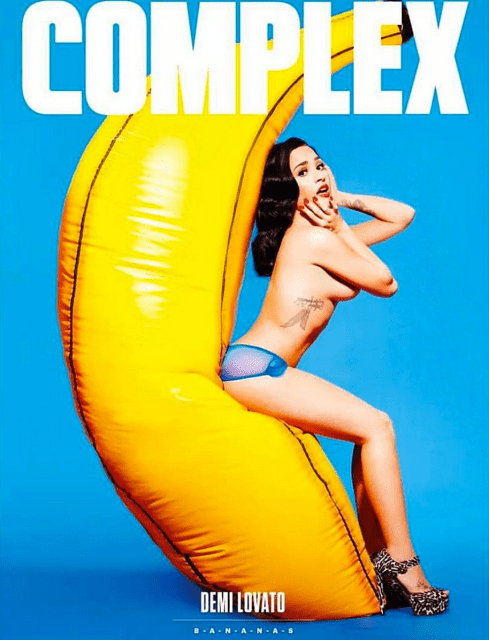 Reportedly, Complex deigned to ask the star about the widely-spread rumor that Ms. Lovato had at one time canoodled with famed attractive person Ruby Rose. “Rumors are rumors,” Lovato stated, “and people are going to spread them. You can believe what you want, but no, I was not in a relationship with her.”

As anyone who reads this website knows by now, it is literally impossible for lesbians to engage in sexual activity of any kind without being in a serious committed relationship to one another. Thanks for clearing that up, Demi! However, while Lovato denied having dated Rose, she did have some opinions to express regarding sexuality in general.

“By the way, love is fluid. Whether there’s been rumours with one specific person or not, that’s all that matters. Humans are humans, and when you connect with somebody on a spiritual level it doesn’t matter.”

Lovato went on to wax poetic about her relationship with lesbian gateway boyfriend Wilmer Valderrama, an actor from a television show that ended nine years ago. It’s very sweet actually; she describes how Valderrama encouraged her to get sober and look after herself, which I cannot snark about no matter how much I’d like to.

Later, Demi shared images from the shoot on her Instagram, prompting many fans to point out the strangely vaginal motif of this giant flamingo’s eye: 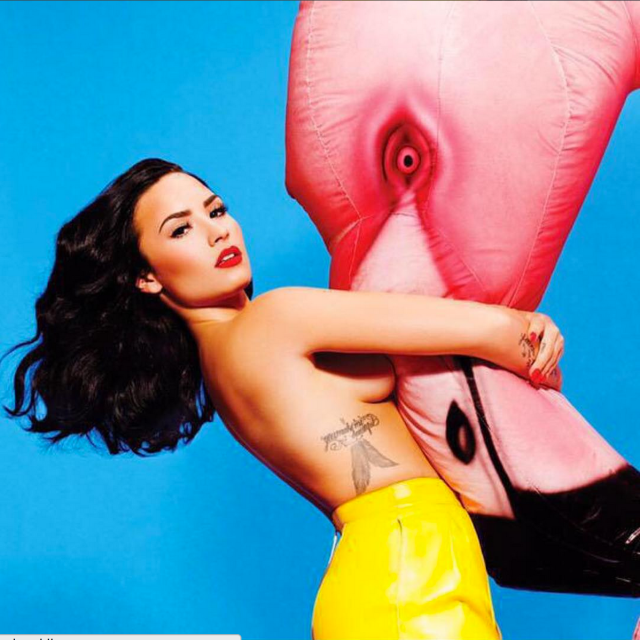 This certainly wouldn’t be the first time Demi has expressed an interest in vaginal art; just a few months ago, she became embroiled in controversy after she replaced a provocative-looking tattoo of a lipstick print (that really didn’t look like a lipstick print) with a rose. As we all learned from the intrepid team at True Directions in But I’m A Cheerleader, interest in vulva-related art is one of the most telling signs of early-onset queerness.

Resident sexy celebrity expert Riese Bernard notes, “I remember when I used to tell people that ‘all women were sexually fluid,’ which it turns out is definitely not true — it’s definitely true for a lot of people but not for everyone, maybe not even for me! I now realize that it just was an easier way to justify why I wanted to kiss girls. OH EVERYBODY DOES! You guys: not everybody does. I look forward to further revelations and vulva-related art from Demi Lovato.” 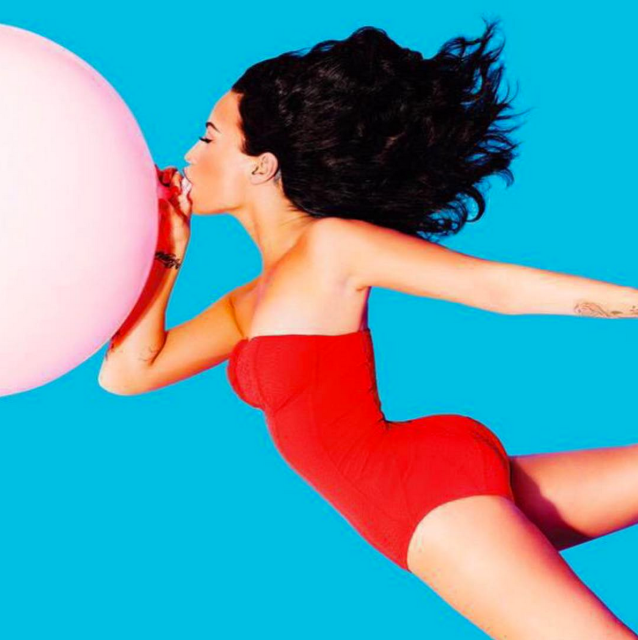 It is at this point that I remind Ms. Bernard that Demi actually said that love is fluid, not that sexuality is fluid, but I digress. Perhaps she skimmed the article. Is love fluid? I can’t tell because I’m dead inside.

When pressed for comment, noted Demi Lovato scholar Mey Rude offered her opinion on the singer’s current goings-on: “I’ve been a huge Demi fan ever since I was a college student watching her star in Disney Channel Original Movies like Camp Rock and Princess Protection Program, and if you’re a Demi fan who can use Google, then you’ve definitely seen rumors that Demi’s relationship with Selena Gomez was more than just one between friends. Or at least that Demi wanted to be more than friends. But also on a more serious note, I do think that it’s important that a young, super famous Latina is openly sexually fluid. Demi’s long been an advocate for being true to yourself and not letting the pressure to conform get you down, and so being out is another way that she can help inspire Latinas to love themselves for who they are.”