It’s news because it’s not news.

Last week most of the online attention to LGB health was focused on the Center for Disease Control’s report on Sexual Orientation and Health Among U.S. Adults that was released on July 15. The report summarized data from The 2013 National Health Interview Survey, which was the first time in the CDC’s 57-year history they included questions about sexual orientation on the survey.

A bonus to the coverage of the CDC report was that it generated some precious conservative headlines like “The Gay Minority is Smaller than You Think and That’s How They Want It” (ConservativeInfidel) and “Efforts to Normalize Unhealthy Behavior Is Pushed by Extremely Small Population” (American Family Association).

However, amidst all this largely nonsensical conversation a report issued by the The Massachusetts Transgender Political Coalition (MTPC) and The Fenway Institute at Fenway Health revealed that nearly two-thirds of transgender Massachusetts residents have experienced discrimination in a public accommodation setting in the last year and those experiencing this discrimination were nearly twice as likely to report adverse physical and mental health outcomes. This report was much less circulated, eliciting a virtual yawn from much of the mainstream and LGB blogosphere.

Morgan M. Page, a Montreal-based writer and trans woman who has worked extensively providing services for lower-income trans people, responded to the report with a wry “Duh. Who doesn’t understand that trans people are widely discriminated against and that this has a direct negative impact on our emotional and physical health?”

You can’t exactly compare the data from the two reports; they used different size samples and different methods. But If you generally juxtapose the CDC report — for which respondents only were only asked about sexual orientation, not gender identity or even gender presentation — with the Fenway report, you get a very different picture of the health of our communities.

For example, in the CDC survey 5% of gay and lesbian identified people reported that they “experienced serious psychological distress in past 30 days” while in the Fenway report, almost all (99%) of the 65% percent of trans and gender nonconforming people who experienced discrimination in public accommodations in the past 12 months also reported an increase in emotional symptoms of stress. The trans and gender nonconforming people who reported discrimination also had an 84% increased risk of stress-related physical symptoms as well.

Despite having more physical problems, the trans respondents reported less access to health care; 28% said that they had not seen a doctor in the past year. Page said: “Nearly every trans person I know, both personally and through my work, has told me that they’ve avoided hospitals and doctors’ offices specifically due to instances of past discrimination against themselves or their friends.” 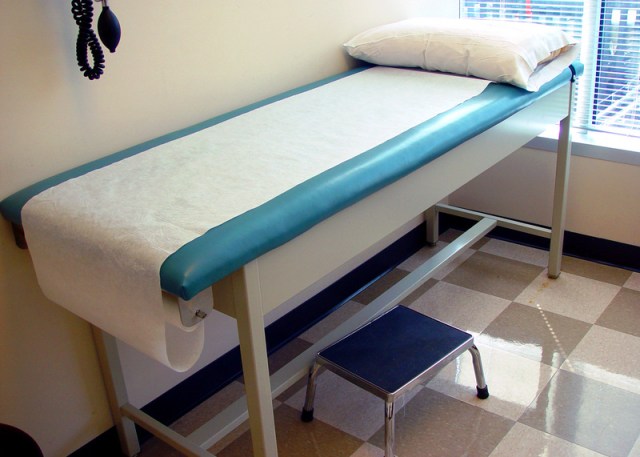 She then puts a face to the statistic: “My mentor, a genderqueer person in Michigan, actually died a few years ago because he had been discriminated against so many times in emergency rooms that when he had an epileptic seizure, he refused to go to the hospital and died from a second seizure later that night. It’s a story that’s unfortunately not uncommon in our communities.”

Additionally, 29% of the trans and gender nonconforming people who responded reported having to teach their healthcare provider about transgender health issues in the past year. Page explains how this process adds insult to literal injury:

“You can go in with a broken limb and then end up having to explain your hormones dosage and genital configuration. One of the biggest negative impacts with this is that many of us aren’t actually experts on healthcare, particularly at first, and may have to give doctors information we’ve gleaned from the internet or word of mouth, and some of that information may be wrong. For example, there’s a common myth within trans women’s communities that you can’t take hormones and HIV meds at the same time. Trans women then encounter doctors who don’t know about our bodies and tell them this information, which leads the doctors to using that information for other trans patients in the future. It’s a mess.”

Finally, the report also revealed that more trans people (36%) reported discrimination while using public transportation than any other category of public accommodations. Emma Caterine, a Brooklyn trans activist, explains how this has a direct impact on access to health care:

“Transportation seems to be a kettle of rage and violence always on the verge of boiling over, so it’s hardly surprising. I see and hear about public transportation discrimination against trans women all the time, especially Black trans women. Everything from cruel teens pointing and laughing to physical brutality. Some trans women I know won’t take the bus alone because of it. Some only leave their neighborhood when absolutely necessary because of it. Which in a place like New York City prevents you from accessing so many things like healthcare. Callen-Lorde [LGBT Health Clinic] is an awfully long walk from [the outer borough neighborhoods] of Bed-Stuy, Jackson Heights, or Flatbush.” 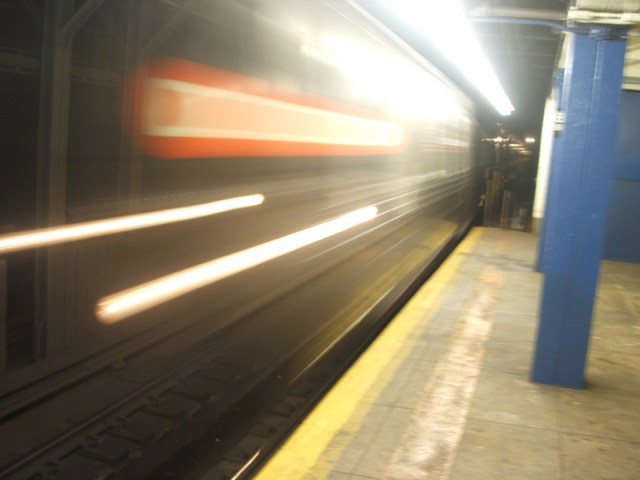 The report recommended that the MA state law that prohibits discrimination in many areas, including housing and employment, also be extended to include discrimination in all public accommodations, a policy adjustment Caterine believes is barely a nod in the direction of progress:

“What we need on a policy level is for the government and big corporations to stop promoting transphobia and cissexism themselves. Talk about a public accommodation, look at advertisements. Every month or so some corporation uses trans women as a comedic prop to sell fast food or a new TV show. [And then] Violence begets violence, and when people see a cop hurt a trans woman or a cop ignoring a trans woman getting attacked, they know that sort of violence is allowed… Until we stop those things from happening, the government enforcing a public accommodations law on people while corporations remain above the fray is the definition of hypocrisy.”

The mostly straight Slate.com’s postscript to their coverage of the CDC report identified the situation within the LGBT community perhaps more than the writer knew: “The survey did not ask about gender identity, which is a more complicated topic than sexual orientation.” Complicated, of course, being an almost universal euphemism for “we really don’t want to deal with it.”

Caterine said, “I stopped talking to people about [my own experience in discrimination in public accommodations]. A lot of trans women do, at least around people who aren’t trans women. We get sick of people hearing us but not really listening to what we are actually saying.”

Kelli Dunham is the genderqueer nurse-comic-author-ex-nun hybrid so common in modern Brooklyn. Kelli was one of Velvet Park Magazine's 25 Significant Women of 2011, was named to the 2012 Campus Pride Hotlist and has appeared on Showtime and the Discovery Channel and nationwide at colleges, prides, fundraisers and even the occasional livestock auction. She is also an RN and the author of five books of humorous non-fiction, including two children's books being used by Sonlight conservative home schooling association in their science curriculum. Kelli's fifth book, Freak of Nurture, a collection of humorous essays published by Topside Press caused award-winning author Barbara Carellas to give Kelli the moniker "the David Sedaris of the genderqueer dyke world." Kelli has released four comedy CDs: I am NOT a 12 Year Old Boy, Almost Pretty, Why Is the Fat One Always Angry and Trigger Warning all which are on regular rotation on Sirius/XM Satellite Radio's Rawdog Comedy Station and Pandora's Margaret Cho Station. Kelli likes to speak to college students about humor, health, storytelling, LGBT life and gender, mostly all at the same time.

Kelli has written 1 article for us.