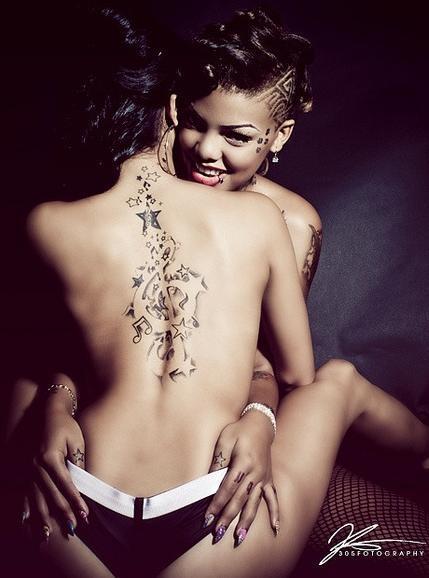 “The ease of downloading to an e-reader is a huge factor in erotica’s growth. The minute a reader hears about a book from a friend, she can buy her own copy.

And in a series, as soon as she finishes the first book she can download the next. Some readers load all the novels about a favorite heroine onto their e-readers at once.

‘This is an online market,’ says Rachel Kramer Bussel, a writer of erotica and editor of the anthology ‘Best Bondage Erotica 2012’ […]

Romance fans were among the earliest adopters of e-reading. Nearly 40% of all new romance books purchased are in digital form, says Kelly Gallagher, vice president of Bowker Market Research. In erotica, the digital portion is that high or higher, he says. It is about 20% for other adult trade genres—except for mysteries, which have recently caught up with romance.”

+ 7.6% of women who identified themselves as straight contact lesbians when online dating, according to a study by dating site FlirtFinder:

“Justin Battell, managing director of FlirtFinder, thinks it’s the anonymity of dating sites which allows users to experiment in a way which could be more difficult in everyday life.

‘It may just be curiosity, or it may be that sexuality cannot be clearly defined as gay or straight and is much more of a spectrum,’ says Justin. ‘This type of dating platform allows users to get experimental without the risk of any potential embarrassment or rejection.

‘If you’re curious about your sexuality it’s much easier to send someone a quick message online than pluck up the courage to meet with them face-to-face straight away. Mobile dating gives people a breed of confidence that isn’t always present in day-to-day life.'” 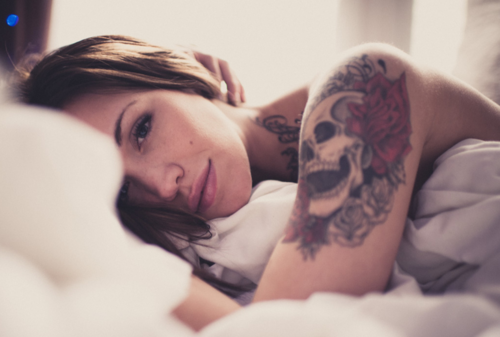 + Erosblog posted an excerpt from Fat Sex: What Everyone Wants to Know but is Afraid to Ask, that talks about sex with the lights on:

“It took me a long time to realize that my partners were having sex with me in part because of the way my body looks, not in spite of the way my body looks. It sounds simple, I know, but when you spend your whole life being told that fat bodies are not sexy, it takes some time to realize that sexiness isn’t that simple. This understanding is not something that happens overnight for most of us. Hell, it can take years. But, the sooner you learn (yes, learn) to feel sexy just the way you are, the sooner you’ll be able to enjoy your sexuality more fully.

Really, this goes for men and women of all sizes, not just fat women. You owe it to yourself and your partner to trust that he or she really desires you and to do the best you can to keep that in mind when you find you have a hard time letting go and really being seen during sex.”

+ Curvy Girls, edited by Rachel Kramer Bussel, will be released this April. Here’s a quick preview, from “Recognition,” by Salome Wilde and Talon Rihai:

“Moll had no time even to gasp as she returned the kiss and reached around to tighten the embrace. How surprising to have to extend her arms, to realize she could not get all of that abundant ass in her grip. Is this how it feels to hold me? The lips that pressed against hers were full and soft, and she deepened the kiss with heart-pounding abandon. […] A soft grunt of pleasure escaped her as the heat of Rhiamon’s mouth met her own, as tongues wrapped and hands clung and eyes squeezed deliciously shut.” 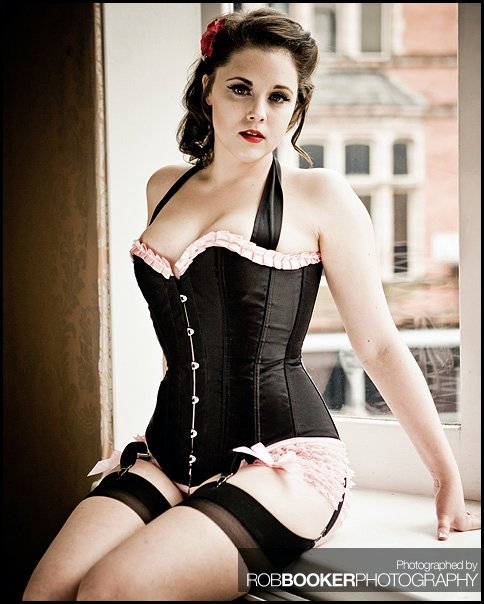 + At SXSW, “Sex, Dating, and Privacy Online Post-Weinergate” discussed both how searchable your online everything is, and how image recognition on dating sites is really, really creepy:

Internet smarty-pants Clay Shirky has argued that in the long run, privacy won’t matter because online nudity will eventually be the norm. But you live in the short run. What precautions can you take to avoid becoming the subject of an unpleasant public discussion?” 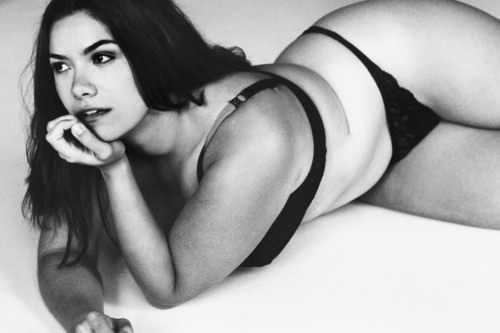 + Have you ever asked yourself, “why isn’t there a worksheet for kink?” Well, there is, thank the lord.