What a stressful string of weeks it’s been. Do you need some STEM articles in your life today? Well, you’re in luck. I have an abundance.

Reminder: there are good things in the world, too.

+ Interview with Katharine Hayhoe, a leading climate scientist at Texas Tech University, best known for engaging diverse communities — including Evangelicals — in an ongoing discussion about the impacts of climate change. 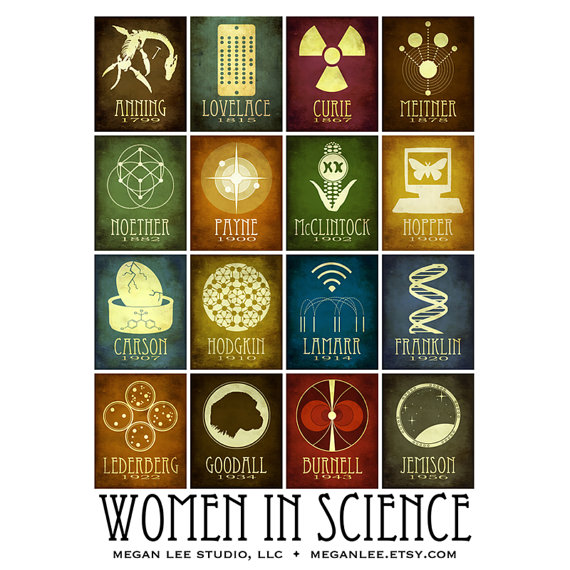 Artist: Megan Lee. Her artwork is available on Etsy. Via discov-her.

+ Barack Obama published a nerdtastic paper in JAMA summarizing evidence of the effects of the ACA to date.

+ Clue Changes Out Mrs. White, a Housekeeper, for Dr. Orchid, a Female Scientist

“In what can only be the doing of a devious feminist branch of the Illuminati, the makers of the board game Clue plan to replace the character of a female domestic worker with a female scientist. Come August, Mrs. White, the housekeeper-slash-cook-slash-nanny of the mansion where the game takes place, will be toast. Dr. Orchid, a biologist with a Ph.D., is set to take her place.”

+ Can you explain and share what you do using the ten hundred most used words? Eight scientists just tried to do this with their research. I like Elizabeth F. Waring’s attempt: “Whether they are new or old, green things eat the air and ground in different ways.” Poetic!

+ A fellowship program normally attended by PhDs and seasoned professionals recently accepted a 10 year old girl who wants to build robots, and they wrote an amazing open letter to her.

+ Here’s a paper analyzing the LGBT climate for physicists. It includes pretty much the only formal study on experiences had by trans physicists, and while I suspect the results won’t be surprising on a personal level to you all, it’s important to have this on the books! You should really give it a read. 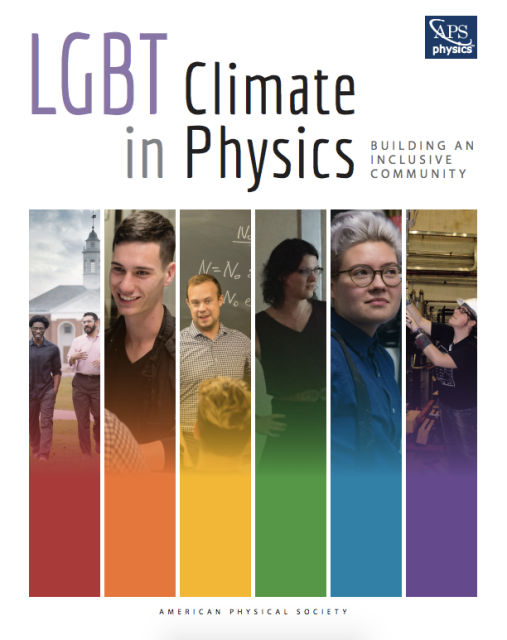 + How to write a blog post from your scientific journal article

+ Did you know that if you’re finding real animals while playing Pokémon Go, you can tweet them with the hashtag #PokeBlitz and scientists will ID it and tell you about what you found?

Here I go again on my own. Down the only road I've ever known. Out of safe mode—back to work https://t.co/vPXUmmiTyj pic.twitter.com/v4TI4AZt5T

I went into "safe mode" over the long weekend, which is basically robot-code for "hung over". https://t.co/OAcslydzwa

+ Have you been following the Vanguard STEM video series? If not, you probably want to get on that right away. Here’s the description:

Vanguard: Conversations with Women of Color in STEM, or #VanguardSTEM for short, is a live, monthly web-series featuring a rotating panel of women of color in STEM discussing a wide variety of topics including their research interests, wisdom, advice, tips, tricks and current events (among many other things!). It’s a lively gathering moderated by founder and host, Dr. Jedidah Isler, with questions and input from our viewers via social media. The guiding principle of the show is to create conversations between emerging and established women of color in STEM, where we can celebrate and affirm our identities and STEM interests in a safe space.

I happened across the series after they hosted their July 5 episode on Bravery, Burnout and Being a Woman of Color in STEM. It’s excellent. Watch: