In July Federal Judge Virginia Phillips issued a memorandum opinion barring the Pentagon from continuing to enforce Don’t Ask Don’t Tell; today her decision was made final, and the injunction is effective immediately. In September the government filed a brief arguing that, among other things, barring the enforcement of DADT would inhibit their ability to repeal DADT, but their appeal has been denied. This means that the DoD has to “suspend and discontinue any investigation, or discharge, separation, or other proceeding” related to the policy starting today. (@advocate) 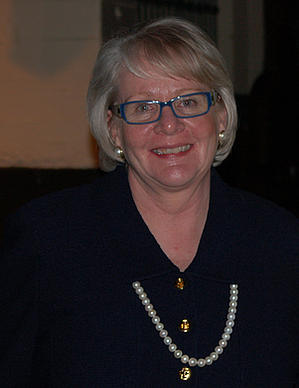 It would be foolishly optimistic to assume that this decision is final/will go unchallenged; it is most likely still not safe for anyone in the military to come out and trust that they’ll keep their job indefinitely, but it looks like they might possibly have the reassurance of keeping it for, say, this week. Here’s the full text of Phillips’ decision; we’ll update you in more detail tomorrow.

TO ALL PARTIES AND THEIR ATTORNEYS OF RECORD:
This action was tried by Judge Virginia A. Phillips without a jury on July
13-16 and 20-23, 2010.  The Court filed a Memorandum Opinion on
September 9, 2010 (Doc. 232), and an Amended & Final Memorandum
Opinion, and Findings of Fact and Conclusions of Law, on October 8, 2010.
For all the reasons set forth therein, the Court:

(1) DECLARES that the act known as “Don’t Ask, Don’t Tell” infringes
the fundamental rights of United States servicemembers and prospective
servicemembers and violates (a) the substantive due process rights
guaranteed under the Fifth Amendment to the United States Constitution, and
(b) the rights to freedom of speech and to petition the Government for redress
of grievances guaranteed by the First Amendment to the United States
Constitution.

(2) PERMANENTLY ENJOINS Defendants United States of America
and the Secretary of Defense, their agents, servants, officers, employees,
and attorneys, and all persons acting in participation or concert with them or
under their direction or command, from enforcing or applying the “Don’t Ask,
Don’t Tell” Act and implementing regulations, against any person under their
jurisdiction or command;

(3) ORDERS Defendants United States of America and the Secretary of
Defense immediately to suspend and discontinue any investigation, or
discharge, separation, or other proceeding, that may have been commenced
under the “Don’t Ask, Don’t Tell” Act, or pursuant to 10 U.S.C. § 654 or its
implementing regulations, on or prior to the date of this Judgment.

(5) GRANTS Plaintiff Log Cabin Republicans’ request to file a motion
for costs of suit, to the extent allowed by law.

Rachel has written 1113 articles for us.