Everyone knows that Julie Goldman & Brandy Howard are some dirty-ass bitches, but that doesn’t mean they never get offended!  Though it’s true that Julie & Brandy are almost constantly offended by how much better Nicest Thing is than Avatar considering Avatar’s box office success and Nicest Thing’s relative incompleteness, they think most joke topics are totally acceptable, including rape and old people. However, Julie Goldman & Brandy Howard saw Hot Tub Time Machine, and now Julie has a thing or two to say about homo jokes in movies, and you probably wanna hear it!

Also the next episode of Julie & Brandy in Your Box Office will debut Monday, April 26, right here on Autostraddle.com. 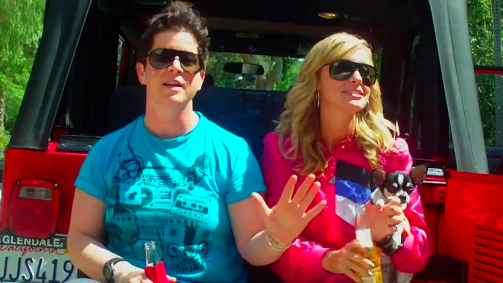