It’s been a banner summer for progressive action in California. Just a few weeks ago, California became the first state in the US to push their state universities to adopt more rigorous standards for what constitutes sexual consent. Last week, Governor Jerry Brown signed the “Respect After Death” law that will help ensure trans people are able to have their gender accurately reflected on their death certificate. Yesterday marked another important historic first for the state when Brown he signed AB2051, a bill banning the “gay panic” and “trans panic” defenses for assaulting or murdering members of the LGBTQ community.

The gay and trans panic concepts seem to come up very frequently when a hate crime is committed against a queer person, and it’s been at least partially employed in some of the most heinous murders of LGBTQ people in the last 20 years. When Gwen Araujo, an 18-year-old trans woman and the inspiration for the International Transgender Day of Rememberance, was brutally beaten to death in 2002 by four men who discovered she was trans, their attorneys unsuccessfully argued for a conviction for manslaughter, citing overwhelming anger at what was then referred to as “sexual deception.” In 2008, when another 18-year-old-trans woman, Angie Zapata, was beaten to death, her murderer also claimed it was a “crime of passion” after discovering that Zapata was trans. Earlier this year, a man charged with the beating of two trans women in Atlanta similarly invoked the defense, and was only charged with a misdemeanor. Unfortunately, this list could go on and on with examples of attempted justification for anti-queer hate crimes. Even more unfortunately, the argument does occasionally work. 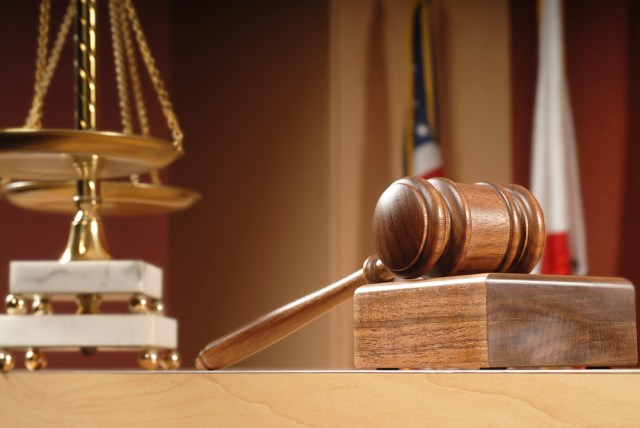 The bill was introduced by Democratic California Assemblywoman Susan Bonita. It easily cleared the Assembly by a vote of 50–10, and marked the completion of Equality California’s goal to obtain passage of 100 pieces of LGBT legislation. It represents a considerable strengthening of the 2006 legislation that added specific language about bias defenses to California jury instructions, a bill named for Araujo. That law was shown to be considerably lacking after the mistrial in the case of the murder of 15 year old Larry King. This legislation updates the California Penal Code’s definition of “sudden quarrel or heat of passion” to exclude sexual orientation and gender identity:

“For purposes of determining sudden quarrel or heat of passion pursuant to subdivision (a), the provocation was not objectively reasonable if it resulted from the discovery of, knowledge about, or potential disclosure of the victim’s actual or perceived gender, gender identity, gender expression, or sexual orientation, including under circumstances in which the victim made an unwanted nonforcible romantic or sexual advance towards the defendant, or if the defendant and victim dated or had a romantic or sexual relationship.”

“We’re glad that the Assembly Public Safety Committee agreed that this manufactured defense that plays upon homophobia and transphobia has no place in California’s justice system. The law should not treat victims of crime any differently because of their sexual orientation or gender identity, and that includes eliminating anti-LGBT bias as a ‘reasonable’ basis to mitigate the punishment for violent crimes against them.”

Last year, the American Bar Association adopted a resolution calling on lawmakers across the country to ban these kinds of defenses. Following the adoption of that resolution, president of the National LGBT Bar Association D’Arcy Kemnitz, published an op-ed making an impassioned push for national wide adoptions of these standards, writing:

“If courts in the South and the Midwest refuse to let this “defense” take root, it would be a huge step forward in our movement’s work to win not just legal equality, but indeed, legal validity and respect for LGBT people. A lot has changed in our country over the past 15 years. But we haven’t changed nearly enough until we’ve said, as a nation, that every life is valuable and no one can be attacked, murdered, or demeaned in our country or our courts because of who they are.”

Unfortunately, anti-LGBT violence remains frighteningly common, and the situation is particularly dire for trans women of color. This summer has been one of the deadliest in years for trans women of color across the US, and the overall rates of anti-trans violence appear to be on the rise. While a lot more work needs to be done to stem this horrific rise in violence, laws like these will at least give some hope for justice for those who fall victim to hate crimes for little more than daring to be themselves.