Almost two years ago, Jennifer Keeton, a counseling student from Augusta State University claimed that her religious beliefs meant that she should be allowed to treat gay patients according to her faith-based principles. Namely, that she should be able to espouse that homosexuality is a choice and gender is fixed, and treat patients in accordance with that belief. She argued that the school was infringing upon her First Amendment rights by requiring that she treat gay patients correctly and respectfully, and by mandating that she take a remediation program designed to educate her about tolerance. Courts backed up the university on multiple occasions. But now, the state of Michigan has just passed a bill that would have championed Keeton’s cause.

The “Julea Ward Freedom Of Conscience Act,” as it’s appealingly named, says that students of counseling don’t have to provide any services that conflict with their religious beliefs, which can include treating gay clients. The religious belief does have to be “sincerely held,” according to the wording of the bill, but that’s little comfort when the bill so absolutely grants students the right to refuse to counsel anyone their faith deems inferior. 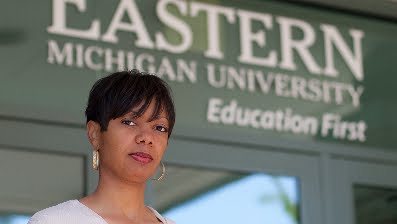 A public degree or certificate granting college, university, junior college, or community college of this state shall not discipline or discriminate against a student in a counseling, social work, or psychology program because the student refuses to counsel or serve a client as to goals, outcomes, or behaviors that conflict with a sincerely held religious belief of the student, if the student refers the client to a counselor who will provide the counseling or services.

The bill’s namesake, Julea Ward, has a story very similar to Jennifer Keeton’s. She was kicked out of Eastern Michigan University’s counseling graduate program when she “refused to affirm a client’s gay orientation” because of her interpretation of Scripture. And much like Jennifer Keeton, when she sued, the courts upheld the university, not her. But whereas Keeton was roundly demonstrated to be in the wrong by every institution she came into contact to, Ward had the legislative body of the state of Michigan step up to the plate for her.

The Julea Ward Act only applies to students of counseling, psychology, or social work, not licensed practitioners in those fields. For the time being, licensed counselors are still called upon by the law to provide legitimate services to all their clients. But licensed counselors can be hard to get appointments with; for many people, especially if they’re in a university setting, the easiest (and most affordable) counseling resource they have access to might be a local university’s counseling and psychology center, which is often staffed by students. Michigan’s legislature has created a situation where a struggling gay person, possibly even one in crisis or thinking of hurting themselves or others, can be turned away when they finally get the courage to reach out and try to get help.

In November, Michigan almost passed a bill that also essentially sanctified all bullying and verbal abuse, also in the name of “sincerely held religious beliefs.” Now it would appear they’ve finally succeeded at creating legislation that, while it doesn’t quite legalize hurting gay people, legalizes refusing to help them. It will be a comfort to Jennifer Keeton to know that all she has to do is move states in order to have all the respect for her religious beliefs she could ever ask for, and a comfort to all the prejudiced counselors out there that their personal faith is more important to the legislature than the wellbeing of queer people.