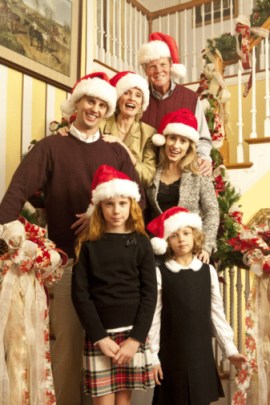 Every year we host open threads for all major holidays, and consequently sometimes use your comments from those threads to create Listlings Without Commentary, such as 2010’s Sh*t Your Family Said At Thanksgiving 2009 and Sh*t You Drank and Received at Christmas 2009.

This is like that. The quotes on this list were extracted from your comments in which you quoted a family member on the 2010 Christmakwanzakah Open Thread.

1. “You know, after your sister I was totally prepared to have a girl or a boy, but never a girl who acted like a boy!”

3. “Stop looking at the world through lesbian glasses. Almost no one is actually gay.”

4. “What is the next thing you’re gonna be telling us? That you’re a serial killer?”

5. “[these two watches you got as presents this year] are not a subtle hint, please be on time for something between now and next Christmas.”

7. “One of the things that Hitler said in Mein Kampf that I really agreed with was…”

8. “Well, if you were a Christian I’d tell you that you were going to hell, but I think it’s too late for that. Just don’t tell your grandparents, they don’t have much time left.”

10. “So… you met someone on the internet? What’s the site? I want to find a girlfriend, too! Straight people are on there too, right?”

11. “I don’t think they should be lettin’ them gays in the military, or women either… pretty soon they’re all just gonna be wantin that equal opportunity bullshit just like them blacks, and then I’m supposed to be showerin with them.”

14a. “Jesus Christ you’re lesbos, can’t you just make Santa a woman and celebrate that way!!”
14b. “You know I didn’t mean anything insulting by calling you a lesbo right?”

17. “I got Guinness draught so we can get wobbly christmas.”

18. “Well, it’s only chicken stock in the soup, that’s not actual meat”

20. “Why would you do that? Only lesbians and fat people get their hair cut like that!”

21. “Well, I can understand how you can like women like that… I agree that women are fantastic, I can see how you would fall in love with one, and do you know my friend [name]? Well, I really like her… no, I REALLY like her, I wish I got to spend more time with her, and I’m really close to her, moreso than any man I know, so I think I’m like you.”