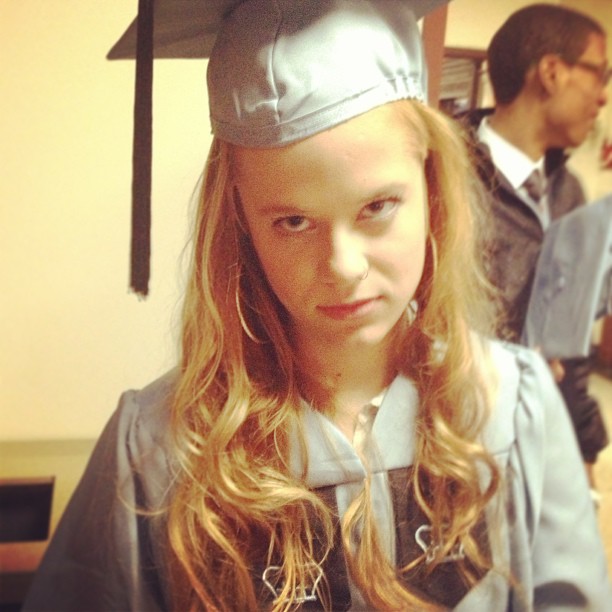 I knew that I needed to stay in New York City after I graduated because as much as I missed my family and year round warm weather, the idea of moving back to Florida was slightly more terrifying than graduating. So while my empire-building goal was put on hold/perhaps stalled forever, I refocused on finding a way to graduate college without moving all my stuff back home. Luckily I found a nannying job through a good friend that allowed me to stay in the city without doing sketchy things for money and would give me time to figure out my life.

I was under the impression that I could have everything figured out by the end of the summer. Three months was all I needed to get back on track. Three months seems like such a long time! But oh my god three months is no time at all! Remember when five minutes used to feel like an eternity? What happened to that? I want that back.

During the summer, my nannying job went from 25 hours a week job to 50+ hours, 5 days a week. I love kids, I really do, but after 10-12 hours a day with a super smart six-year-old girl who never naps, I really started rethinking my desire to have kids in the future. You can only play “airport” with three American Girl dolls for so long before you begin to question every decision you’ve ever made. But being a nanny really is not the worst job in the world, it pays very well and I really do love the little girl I look after, even when she tells me that I’m only kind of funny and that my British accent “isn’t exactly the best”. Little girls can be so mean!

Plus nannying allows me to maintain the best living situation I could have ever asked for. My roommate Sam is a good friend from high school who I hadn’t really spoken to since her wedding a few years ago (yes, wedding!). She reached out to me one day towards the end of college to tell me that she was planning on moving to New York after graduation. Sam was actually the first person I sat down to tell I was dating a girl. We were sixteen and eating lunch at a Macaroni Grill in Boynton Beach, Florida, because the best conversations happen at chain restaurants. She was awesome about it and like most of my friends at the time, told me that she already knew.

One of the things that Sam asked me during that lunch that I will never forget, and that we both laugh about now was “But what other girls could you date? Because most lesbians don’t look like you. Where are you going to find pretty feminine girls to date?” We laugh about this now because she ended up majoring in Women Studies with a concentration in LGBTQ issues, left her husband, and started dating women, all while staying just as “pretty and feminine” as she was in high school. She told me all of this when she visited New York to look for apartments with me in April. Just as she hadn’t been shocked by my high school revelation, I wasn’t exactly shocked by hers. I mean she was the only one of my friends who got super into The L Word after I made them all watch an episode during a sleepover in 11th grade.

Sam and I somehow lucked into an amazing deal for an apartment in the Financial District with an elevator, doormen, and air conditioning. Like what? The only qualification I had when looking for an apartment was making sure that my bedroom had a window where I could put an air conditioner unit. That was my main concern. During the summer Sam and I, both working as full time nannies, would get into the elevator at 7:30 in the morning and be surrounded by Wall Street people wearing suits and talking about money stuff that I’m sure I could understand but that I really don’t feel like understanding. It is much more fun for me to think of Dow Jones as a 65-year-old man who looks and sounds like a cross between Morgan Freeman and the head of the Piano Department at my high school, Dr. Lawton.

Sam and I went out a lot over the summer so naturally I pretended that we were filming our own Bravo reality show. Honestly it would have been an amazing show. We live in an apartment that we could have never afforded full price, we’re both 22, under, under 5’3″ (we’re so small! We can’t reach most of our cabinets! It’s a thrilling storyline!), often aged by strangers as “way too young to be here”, not great at hitting on girls, terrible dancers, and varying shades of blonde. Oh and we went spray tanning once! And I totally did it wrong! That could have been an entire episode! 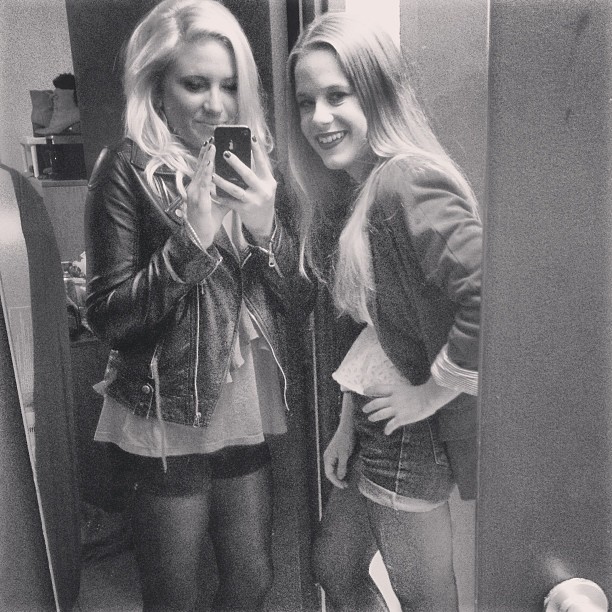 But alas as the weather turned cold and I got back together with my ex while Sam started dating her girlfriend, the thrilling drama of the Bravo series began to dwindle. Nowadays our reality show would now just be shots of us binge watching Scandal on our separate computers in our separate beds, cut with scenes of us discussing Scandal when we run into each other in the kitchen to grab our mid-Scandal snacks. I mean I would probably watch that show, and maybe some people with Kerry Washington/professional babysitter related fetishes would too, but we’d probably be the only viewers.

Luckily this “boring” post graduate limbo that I’m living has turned out to be exactly where I want to be. It is an extreme privilege, if nothing else. And just like the movies, the girl I ran away from came back into my life and I couldn’t feel any luckier. So lucky that the only words I can think of writing are way too cliché to write. We even got to do Halloween again! This time going as “celebrity trying to be anonymous while grocery shopping” and a 1970s zombie. 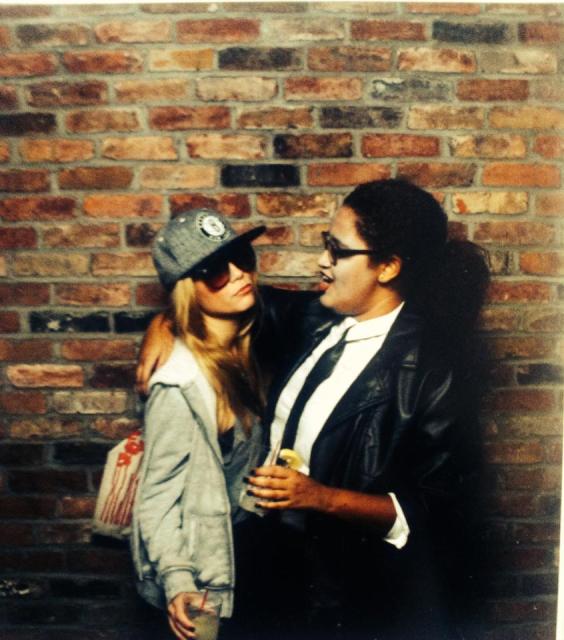 It is still quite strange to not be in school anymore and I do have to keep reminding myself that it is OK to take some time off. That I do not have to start my “career” right this second. That as long as I am lucky enough to provide food, water, and shelter for myself, I will be ok. I spent the last 17 years of my life in school and took at least 12 of those years extremely seriously. I’m burnt out! I’m sure I will start building my empire soon but for now it is nice to let each day happen without a heavy bubble of expectations hanging over my head.

It is crazy for me to think that it has been over four years since I wrote my first lesbianage post. At the time, I had no idea that I would enjoy college as much as I did and that I would miss it as much as I often do. I have Autostraddle to thank for that.

During my freshman orientation week, Riese and Alex saved me from my dorm after I had convinced myself that I was the only person at Barnard who was having a terrible time. They took me to Subway (the food place, not the train), then to Riese’s apartment, and then told me to write down my feelings. I am pretty sure I also did some coloring in one of Riese’s coloring books. I could write a million long and most likely clichéd love letters to Autostraddle, and I’m sure that one day I will compile such letters into a self-published book that I will send to everyone involved in this website, but for now I will spare you from my sappy feelings.

Just know that if you are just starting college and feel as if you are the only person having a less than amazing time (or if you feel this way in general, no matter what your age), you can always go to Subway, write down your feelings, do some coloring in a cat-coloring book, and of course, read Autostraddle.