feature image via how to make vintage book bunting

Today is National Handwriting Day. Celebrate by trying to remember the last time you wrote something by hand.

What happens when you can’t make people love reading? At the Millions, Alex Kalamaroff discusses teaching how to read for fun.

Emily Books’ January pick is No Regrets: Three Discussions, a series of conversations between women about reading. In her introduction, editor Dayna Toyrorici writes:

“the word should has a special place in the lives of women, as it’s been a tool of their subjection through social strictures (“women should be X”) and their emancipation through feminism (“women should reject the authority of anyone who says they should be X, or Y, or Z, or anything else”). Should, in other words, gives us both The Rules and the injunction to break them. I wanted to know how these pressures on women as women did or didn’t intersect with their lives as readers, writers, artists, and thinkers; how the shoulds that stalk women through life influenced the should of what we should have known.” 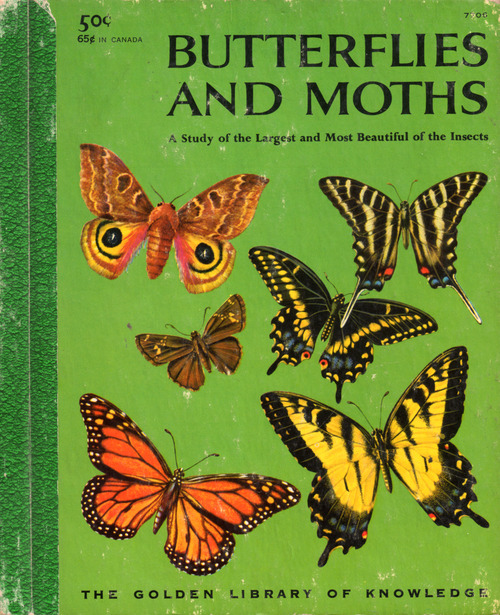 The University of California Press has made a bunch of ebooks available online for free. Categories include GLB studies, gender studies, women’s studies, media studies, and of course tons of others.

Sarah A.O. Rosner, founder of the A.O. Movement Collective, which aims to promote the arts through sustainable business practices, discussed her “queer/feminist cyborg-time-travel epic” with Marcie Bianco, calling it an experiment in building an epic universe and pioneering a new multi-dimensional and immersive way to create and consume a work.” 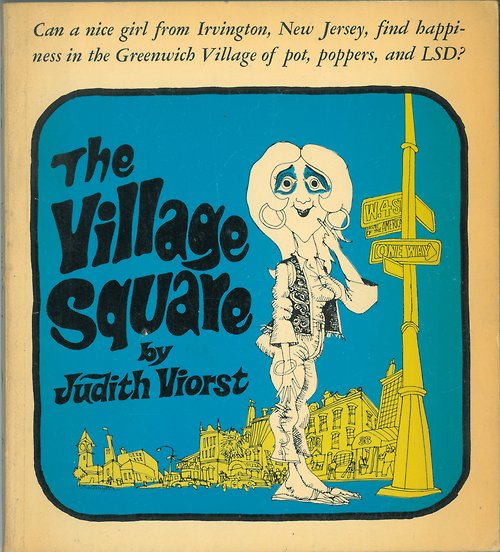 Jane Austen: Her Life, Her Times, Her Novels by Janet Todd, The Extraordinary Life of Rebecca West: A Biography by Lorna Gibb and more are all fantastic biographies of female authors.

And sometimes in classic literature it is especially important.

Maps: they are awesome.

2014 is allegedly the year of reading women. 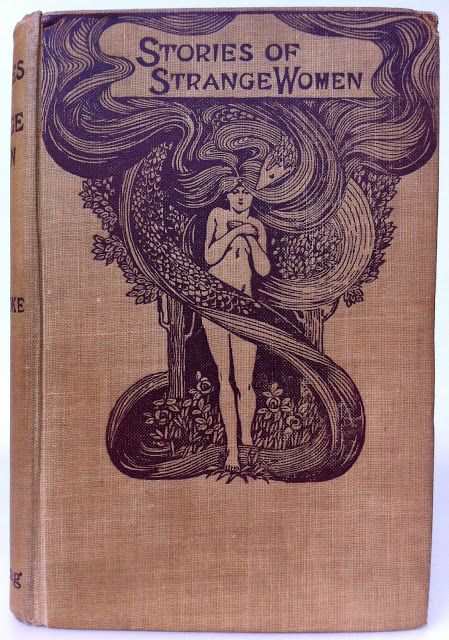 via the absent presence

This is a pretty definitive list of lesbian steampunk.

Nicola Griffith was interviewed at the Paris Review.

Mary Shelly’s correspondence has been discovered in an archive in Essex.

The Wall Street Journal has a book club now.

Lots of famous writers have been rejected from things. It’s fine, though. 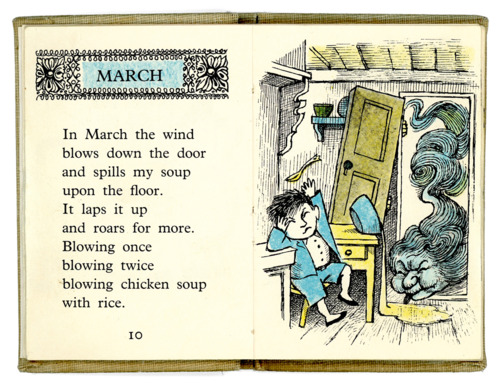 At the Toast, Solace Ames and Suleikha talk about being Asian American erotica writers.

According to a recent report, 76 percent of Americans aged 18 or older read at least one book in the past year.

At the LA Review of Books, Greg Baldino writes about sex and gender hierarchies and comics.

The Hairpin suggests some possible romantic adaptations of classic literature, including a take on Lord of the Flies called Flie Boys and a take on Beowulf called I’m Friends with the Monster. 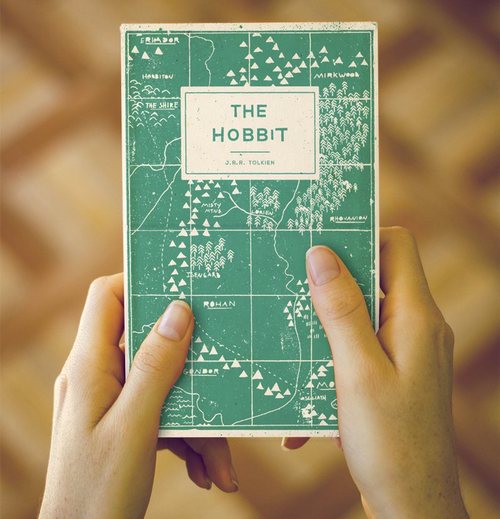 At the Rumpus, Rebecca Kelley reviewed The Virgins by Pamela Erens, calling it “evocative.”

Casey the Canadian Lesbrarian has the best first lines from women writers, including Jane Rule’s “Conventions, like clichés, have a way of surviving their own usefulness” and L.M. Montgomery’s “Mrs Rachel Lynde lived just where the Avonlea main road dipped down into a little hollow, fringed with alders and ladies’ eardrops, and traversed by a brook that had its source away back in the woods of the old Cuthbert place; it was reputed to be an intricate, headlong brook in its earlier course through those woods, with dark secrets of pool and cascade; but by the time it reached Lynde’s Hollow it was a quiet, well-conducted little stream, for not even a brook could run past Mrs Rachel Lynde’s door without due regard for decency and decorum; it probably was conscious that Mrs Rachel was sitting at her door, keeping a sharp eye on everything that passed, from brooks and children up, and that if she noticed anything odd or out of place she would never rest until she had ferreted out the whys and wherefores thereof.” 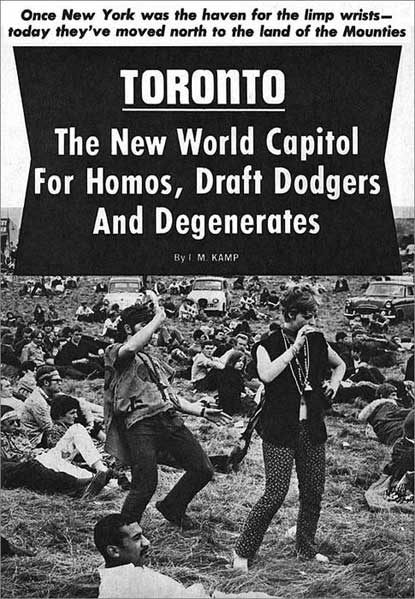 At Lambda Literary, Marcia Bianco reviewed Are The Lips A Grave?: A Quer Feminist on the Ethics of Sex, by Lynne Huffer. Heather Seggel reviewed Palmerino, by Melissa Pritchard. Anna Furtado reviewed Amor and More: Love Everafter by Radclyffe and Stacia Seaman.

Heather Seggel writes about punk culture and making things at the Toast:

“Even though I never made it to a single show or meeting that fell under their banner, Riot Grrrl surely changed my life. While women in Washington state and D.C. were networking like mad, protesting, publishing, and making their presence felt nationally and even globally, I was working a series of shitty temp jobs, failing to get into graduate school, and ultimately running out of money and moving back into my parents’ rented house in the middle of nowhere. Through all that, though, there were letters and tapes from girls who didn’t know me, trading music and ideas, and offering relentless encouragement. Their words still resonate when I’m struggling.” 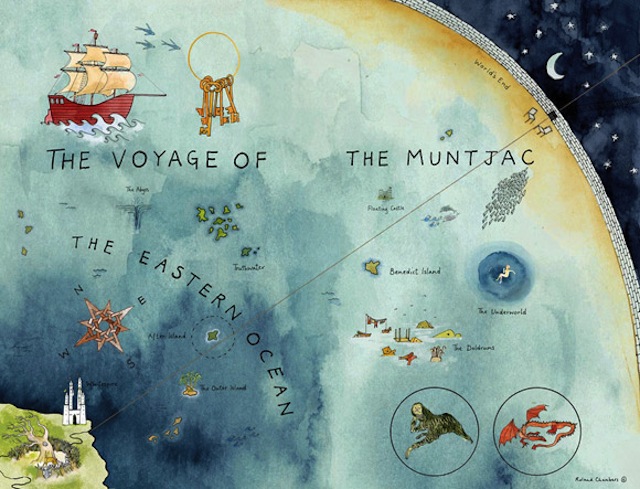 Illustration by Roland Chambers, from Lev Grossman’s “The Magician King” via the New Yorker 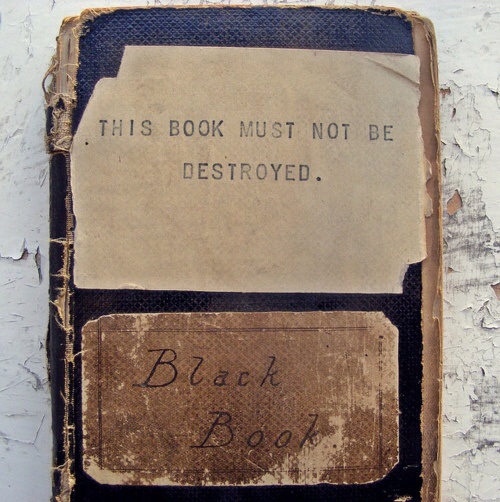 Carolyn: Recently I read We Are Become Pals, which is short and sweet and which you should read immediately. I also started reading Odd Girls and Twilight Lovers, a book of lesbian history by Lillian Faderman that I really should have read already. I also finished Tiny Beautiful Things, by Cheryl Strayed, which I have been reading in minuscule bites on my phone off and on for most of the last month and which I wrapped up in a waiting room this morning.

Rachel: Recently I went to a reading by Mary Szybist and really enjoyed it, and I can’t wait to make time to read her book Incarnadine. I’m also getting started on Rachel Kushner’s The Flamethrowers, which sounds so good I just wanna eat it up like a sandwich.