by riese and laneia

You know when you’re arguing with your girlfriend and she’s like, “That’s against the rules!” and you’re like, “Oh where’d you get this from, Papi’s Rules of Poker or Emily Post’s Rules of Etiquette or your last relationship, huh?”

Well, no fear, fighting werewolf lesbians of the world, we have assembled THE RULES.

How to Fight Proper: Autostraddle’s Rules of Argument Etiquette

1. You Are Not a Martyr For Love

Don’t say,”Oh waaah it’s all my fault. I don’t know why you’re still with me.” This doesn’t further the conversation or help you learn anything about yourself or them. It is the most pointless thing you will ever say. 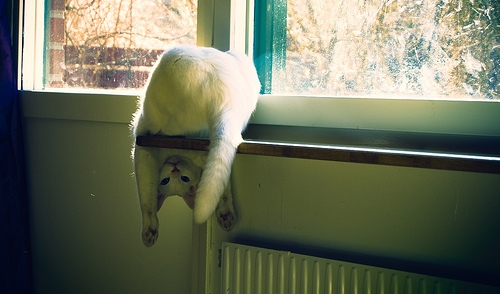 “I’m just a stupid cat on a ledge! You should find someone better, I guess. You should just leave me here! I’m pointless! Look at me – I’m not even upright!”

How do you expect someone to reply to this inane statement? “No, babybabybaby that’s not what I meant! You’re not terrible! I love you and your shinyshiny hair!” ?? or “Well, now that we’ve both agreed you’re an asshole and I shouldn’t be dating you, I guess your inability to call when you say you will is a moot point.”

Other words and phrases that don’t enable constructive problem-solving:
+ always
+ never
+ every time

2. There’s No Baseball in Crying

No throwing bicycle helmets, dishes, books, laptops or lamps. No kicking or punching walls. It’s super dramatic, cliche, and besides, physical force is ALWAYS off limits. Save your brute strength for assembling that Ikea dresser or playing softball. If you’re that mad, take a fucking walk. Seriously, get the hell away from her.

Especially refrain from destroying your cell phone, because then you just look like a huge douche and we can’t even call you to tell you what a douche you are.

3. And Your Friends They Sing Along And They Love You

Do not use your friends as backup. “My BFF Becky, who only ever hears my side of the story, made a really good point about how you’re an asshole and always treat me so badly and that I deserve better.” Your friends, as well as your therapist and maybe also your mother, will almost always take your side. It’s why you’re friends. As such, their opinion is pointless. Her friends probably think you’re wrong. Who cares? This is between you and her and no one else. 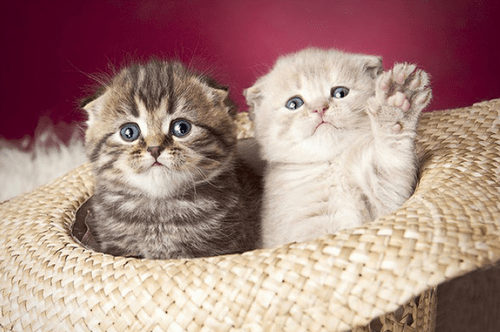 “Everyone who thinks my girlfriend is a total bitch when she makes fun of my cargo pants, raise your hand. Stacy! We’re not friends anymore.”

Do not fight in front of other people. Just thinking about this makes me feel awkward and slightly angry. The world does not revolve around how upset you are at any given moment. Much like watching Steel Magnolias or dancing to LFO, arguments are special, private things and should be treated as such. No one deserves to witness your personal matters — not The Real L Word camera crew, not your roommate, nobody. The presence of others taints the purity of your discourse. Save it for la casa. 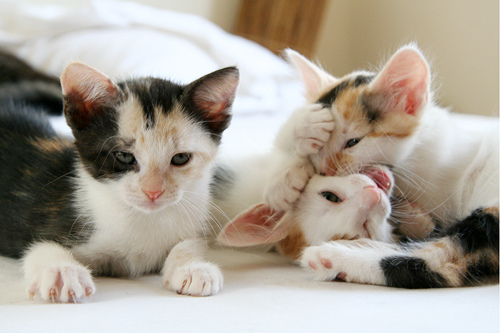 “Jesus Christ on a cracker, I cannot believe they are doing this in front of me. I just wanted to watch Twilight and maybe eat some pad thai. WTF.”

Keep the irrelevant past in the past. The fact that she used to fuck boys or had a nose job is completely extraneous. Stay on the specific topic that you’re discussing in this moment. If these past events bother you so much, why are you here? Yeah, zip it.

6. You Listened In, You’re Guilty of This, She Should Know This

No anonymous tipsters or resources. If you snooped and saw something you shouldn’t have or heard some weird gossip from last week, fess up. People deserve to know what you know, or what you think you know, you know? And if you read her email, you probs deserve a serious smackdown yourself. (Unless what you discovered is that she had betrayed you in an actual way — like texting a girl human doesn’t count as “an actual way” — in which case you’ve got bigger problems, my friend.) 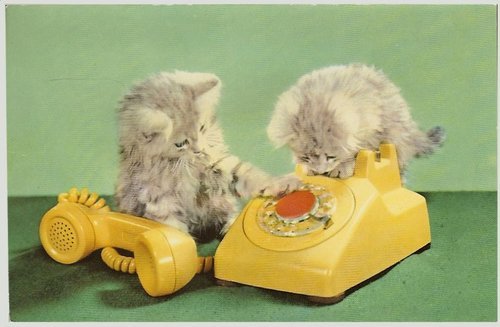 “Oh THIS text from her ex-girlfriend is very interesting. Very interesting, Gertrude. I’m going to write this one down as soon as I finish photoboothing her call log.”

7. Let’s Not Talk About Money Honey

If you volunteered to pay for things, insisted on being the primary breadwinner while your ladyfriend finished college or made purchases for your partner on your own volition, they’re off-limits as examples of how one-sided, etc., this relationship is. 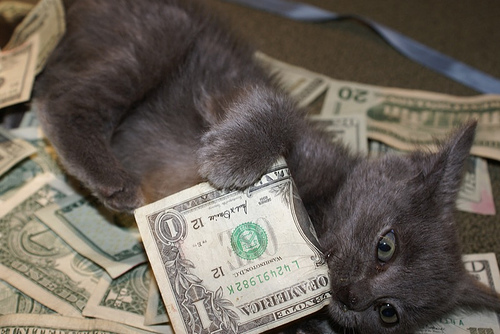 STOP interrupting! You should be listening with your ears, not formulating rebuttals with your brain. I know you have fifty really good points to make, but at least try to respond to what she is actually saying when SHE’S DONE SAYING IT. You may be able to talk louder or talk longer, but that doesn’t make you a winner. 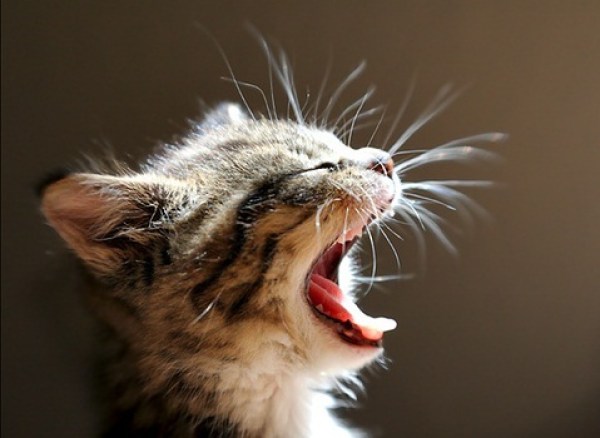 And! And! If you’re on the interruptee side of this and do convince your lady-love to STFU long enough for you to speak, please do! Nothing darkens your future of seamless speech like crossing your arms and saying, “Well, now it doesn’t matter anymore” and letting the fight languish into silence.

Special Tip From Laneia: Think it’s weird to take notes during an argument? Think again! There’s a reason Moleskins were invented and that’s so you can WRITE SHIT DOWN IN THEM, then reference that thought later. Try it.

9. Think Before You Drink (and Argue.)

If you drink before a fight, you might say some things you wouldn’t have said sober. That’s fine, sometimes you say honest things, but there’s no take-backs the next day. Drinking may be a reason, but it’s not an excuse.

While we’re discussing substance abuse – DO NOT TAKE ADDERALL OR ANY AMPHETAMINES BEFORE OR DURING AN ARGUMENT. Seriously, even if it’s prescribed. Why? While 100% tunnel-visioned focus may assist you in writing a term paper, you don’t want that kind of attention paid to your girl-on-girl argument. Perspective is important, and you won’t get it if your brain is telling you that this fight and this girl is the only thing in the whole world that exists. Especially, my dear drug-abusing bunnies, if you’re also drunk.

10. I Don’t Care How Fast You Run, Just Tell Me Baby When You’re Done…

I know it feels super dramatic and special to Run Away, but running away, hanging up, or shutting down your computer is likely the number one reason your girlfriend is completely insane. This kind of behavior isn’t going to solve anything. Furthermore it’s disrespectful to the human being who wants to love you. Trust that, sooner or later, she will pick up this conversation exactly where you left it.

If you’re talking in circles or the sun is rising, you should put things on hold for a few hours. It’s ok to take a break! Courts do it all the time. It’s called ‘recess.’ You should find a slide or a swing set maybe. Take a nap. 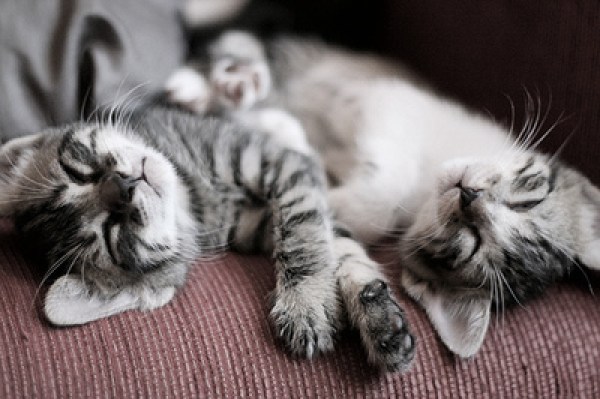 12. Nothing To Figure Out, You Gotta Get Her Out

How you know this relationship might just be over over OVER: 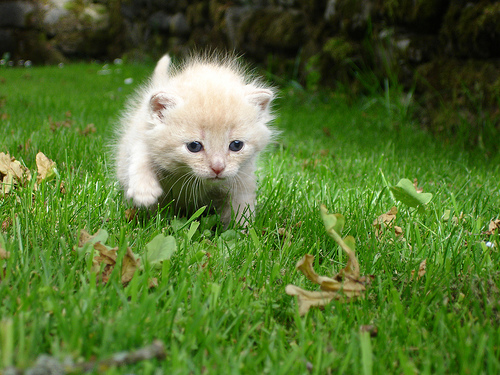 “It’s okay I learned a lot about myself and now I can read a book in the quiet and stuff yeah I’ll be totally fine I bet my friends miss me.”

But ideally these rules will help you to fight productively and therefore problem solve fights like real humans! If not and you break up, it’ll be okay, you can share your pain on the breakup open thread, check out eight nerdy ways to mend a broken heart, and then learn about the pleasures of solitude. Then you can start the whole cycle over again with our tips on how to pick up chicks, how to get a girl to sleep over, and how to properly court a lesbian. See how helpful we are during slow news weeks?