Remember when we listened to Katy Perry’s “I Kissed A Girl” and Rihanna’s “Te Amo” and compared them in terms of a) tolerability and b) homosexiness and c) recognition of and/or commodification of queer women? I bet you thought it was going to end there, but no! Instead we have this video of Katy Perry herself talking about Rihanna and “Te Amo,” which was a little more meta than I thought this conversation was really going to get. Apparently she really likes Rihanna, which is the first thing Katy Perry and I have ever had in common. (@ontd)

+
Also apparently the senior brand manager at Trolli candies is shocked and appalled by the behavior of the gummy bear in Katy’s “California Gurls” video. “Those are definitely not Trolli Gummi bears in the video because Trolli Gummi Bears would never be that rude.” (@jezebel)

Amid all the drama about whether or not Lindsay’s anti-alcohol SCRAM bracelet had been set off, someone apparently failed to take into account how much Lindsay loves kombucha tea. I can attest that it is at least a little alcoholic and also that my roommate loves it, so it’s probably fine and Lindsay is probably totally clean. (@gawker)

Did you know that Presidential Father’s Day addresses were a thing? Apparently they are, and Obama has taken this opportunity to give a shoutout to gay dads. In his statement on Friday, he talked about how many different kinds of “nurturing families” there are, including those with “two fathers.” (@theadvocate) 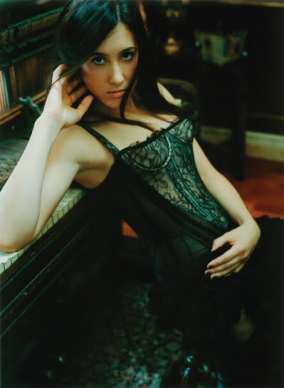 Vanessa Carlton came out as bisexual at Nashville Pride on Saturday, bringing you one step closer to that fantasy of yours where every attractive woman in America is at least a 4.5 on the Kinsey scale. According to our sources, she also told the crowd that her lyrics can be applied to men or women, and sang through a version of “Ordinary Day” with switched-up pronouns. This is an important development in the world of entertainment and gay media because “A Thousand Miles” was very significant to Managing Editor Sarah when she was 14.

Maureen Dowd wrote an op-ed about the closing arguments of the Prop 8 trial, which basically says all the same things as our own Prop 8 closing arguments recap except that hers includes the quote that apparently “Ted Olson now prides himself on being an ‘honorary lesbian.” I guess that’s why she writes for the New York Times. (@nytimes)

Hey have you read Riese and Crystal’s recap of Pretty Little Liars yet? There is a very pretty lesbian character in it, and the recap was good enough that I watched the pilot even though I don’t believe in TV, so that should tell you something.

The Kids Are All Right, which features Julianne Moore and Annette Bening as a lesbian couple, premiered this weekend at the Los Angeles Film Festival, and we have photos! Here’s one of Julianne Moore. I feel like lesbians like her. Prove me right.