This week has been one of those weeks where we kept throwing links into a post waiting for one of them to become important and then they don’t. Right? Has this week been weird, or have we just been mixing too much ambien and adderall? You never can tell. 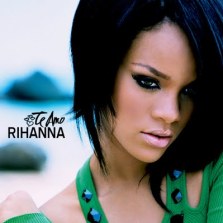 The international version of Rihanna’s Te Amo video is very very homosexy. Very. Before we even get into it, let’s just throw it out there that Digital Spy has described the song as such:

“After the rather explicit ‘Rude Boy’ campaign, Rihanna’s taking a well-deserved break from titillating the blokes here – only to find herself the object of another lady’s affections. One of her Rated R LP’s less menacing moments, ‘Te Amo’ finds La Fenty grappling with her sexuality over some irresistible, latin-infused Stargate beats.”

So Rihanna filmed her video for her song “Te Amo”, this has got to be the gayest song ever, especially since she openly says “she” in almost every sentence and its something all of us lesbians can relate too, We wonder if she’s talking about Melissa, who are we kidding we know this  song is for Melissa.

THERE YOU HAVE IT. FACT.

The European video for “Te Amo” has surfaced, and it’s an entirely different beast than the North American video for the same song, which has been kicking around since last year. Whereas American audiences got to watch Rihanna dance provocatively, if a bit robotically, in black and white, Europeans get to watch her nuzzle up to Laetitia Casta in front of a roaring fire in a really big castle. (Another reminder that Lady Gaga did not invent the use of fire or bisexuality in her music videos.) We will leave it to you to decide which continent got the better deal.

Kristen Stewart: “If I could go to work every day and not have to be followed around by f**king fifteen gangsters trying to take my picture, willing to do anything for one… It’s not normal. It’s funny how in America fame is placed so f**king high — above wealth, above happiness, above everything. It’s so not true. And I knew that before [I was famous]. It was so obvious to me. I don’t know how people can’t see that from an outsider’s perspective. My perspective is the same: it’s exactly what I thought it would be.”

Sam The Eagle does American Woman, it’s awesome, because the Muppets are awesome.

THE REAL GIRL’S GUIDE TO EVERYTHING ELSE:

NPR does a story on “The Real Girl’s Guide to Everything Else: Move Over Sex and the City, Hello “Real Girls”:

Ms. NIKKI BROWN (Actor): (As Vanna) So, kind of like “Sex and the City” for brown girls.
Ms. REENA DUTT (Actor): (As Sydney) Oh, women of color unite and shop.

But whats exciting about “The Real Girls Guide to Everything Else” is that we have a gay lead, and that it’s not necessarily about her being gay. It’s just part of who she is, and that she’s now thrown into a situation where she has to experience something different. So it’s both the LGBT community is represented, as well as a lot of different ethnicities. And that to me was really exciting.

Pam’s abandonment of her art career is indicative of The Office’s checkered history regarding women, ambition, and positions of power. (@bitch blogs)

The Lambda Literary Awards were held Thursday night in NYC and we’re pleased as punch to congratulate Rhiannon Argo for winning in the category of Lesbian Debut Fiction for her book, The Creamsickle! There were other winners and we’re also very excited for them, too. Yay books! We told you about all these books a while ago. Do you remember? Also Portland Queer: Tales of the Rose City won for Best LGBT Anthology (featuring a story by Gabrielle Rivera our new favorite person). .

Hands down totes the best review of SATC2 you’ll ever read is at The Stranger: Burkas and Birkinis. “It is 146 minutes long […] an entirely inappropriate length for what is essentially a home video of gay men playing with giant Barbie dolls.” (@thestranger)

Adam Lambert still didn’t win. Somebody named Lee DeWyze did, though.(@nytimes) You’re probs most likely to enjoy The Awl’s Behind-the-Scenes audience perspective: “How does this transfer to the screen with such control? There are a few rough moments—closeups on empty chairs instead of the judges plaintive faces, some notes gone terribly flat—but that this is made into a TV show, this is a feat. The mechanical transfer of anxious pandemonium into precise minutes of television, compelling television at that, is astounding.” (@theawl)

Our new favorite out country star continues to be a classy lady at the GLSEN RESPECT awards in NYC, her first official appearance at an LGBT. OurSceneTV caught up with her and has some video of her lookin’ pretty and talking about being gay, check it out! (@ourscenetv)

Someone over at Geekosystem is pleasantly surprised to discover that Lesbian Vampire Killers is significantly more enjoyable than Twilight, and also based in a fine literary tradition of lesbian vampire action: “Dracula was actually preceded and inspired by the work Carmilla by Joseph Sheridan Le Fanu, which came out in 1872. This novel, the real first vampire novel (though still not the first piece of vampire fiction), tells the story of a lesbian vampire who seduces a young girl and manipulates her family.” We’re on to you, KStew. (@geekosystem)

Lady Gaga is being tested for lupus after exhaustion and heart palpitations continue to plague her on the Monster Ball tour. In a recent interview with the Times of London, Gaga admits that the potentially terminal illness runs in her family, but did not reveal her test results. “Yes, I have been tested. But I don’t want anyone to be worried. I have heart palpitations but it’s OK. It’s just from fatigue and other things,” the 24-year old singer said. Gaga also reassured us that she’s “taking care of herself” and doesn’t “want her fans to worry about her.” (@rttnews)

Zack de la Rocha, lead singer of Rage Against The Machine, has enlisted a bunch of other musicians to join him in a Sound Strike boycotting the state of Arizona for its racist laws. So far Cypress Hill, Juanes, Conor Oberst, Los Tigres del Norte, Rage Against the Machine, Cafe Tacvba, Kanye West, Joe Satriani, Serj Tankian, Rise Against, Ozomatli, Sabertooth Tiger, Massive Attack, One Day as a Lion, Street Sweeper Social Club, Spank Rock, Sonic Youth and Tenacious D, and Calle 13 have all signed on. (@ontd)