Oh hi there! Hello! Do you like books? If you don’t, then you should. In related news did you know the Lamba Literary Award nominees were announced recently? The Lambda Awards (“Lammys” if you’re nasty) were first instituted in 1988, and their mission is “to celebrate LGBT literature and provide resources for writers, readers, booksellers, publishers, and librarians – the whole literary community.” Nominated books either deal with queer subject matter, are written by queers, or both! This year the ceremony to announce the winners will take place on May 27th, 2010, at the School of Visual Arts in New York City.

The Lambda Literary Awards aren’t perfect – they still represent only a fraction of the creative output of queer writers, and the problems of bi invisibility and transphobia that pervade our community are present here too. However the Awards have attempted to respond to and rectify their problems over the years.

As recently as 1992, the pioneering bisexuality anthology Bi Any Other Name: Bisexual People Speak Out by Loraine Hutchins and Lani Kaahumanu was forced to compete in the Lesbian Anthology category because there was no bisexual one, and this is the first year there’s been both a Fiction and Nonfiction category for bisexuality.

Speaking of which, the Transgender category doesn’t even have that – there’s just the one. Transgender. That’s it. Awesome. Also, flawed judging processes in the past have led to nominations of books that upon closer examination were actually transphobic?

But even if the awards aren’t perfect, we believe it’s important to have as much recognition of queer artists as possible, and we hope that the support and input of the community the Lammys can work towards a more perfect process/brighter future. We’ve picked out the books on this year’s list of nominees that we’re most excited about checking out, with special attention for lesbian and bisexual women authors. It’s not a top ten list, it’s in no particular order, and we make no claim to have actually read these books (yet!)

But we’re pretty into them, and we hope you will be too! What are you looking forward to reading? What do you have in a pile next to your bed right now? Let us know!  (Especially if it’s one of those books that doesn’t have a proper category!)

Let’s all be each other’s reading rainbows! Here we go!

Queer anthologies are maybe my favorite kind of book to read, ever, and this one looks exactly perfect. Portland, OR is the setting for stories that explore different experiences of queerness – characters featured here are lesbian, trans, closeted, cute gay waiters – but each story is like its own little love letter to Portland, the slightly more sedate but no less sexy sister to San Francisco. The anthology is edited by Ariel Gore, whose novel The Traveling Death and Resurrection Show I really enjoyed. This looks amazing, and I can’t wait to pick it up!

(Little, Brown)
We kind of all freaked out about this when we first heard about it, and our feelings haven’t changed. You guys, it’s a lesbian YA retelling of Cinderella. Yeah, I know. I wish I could be a 13-year-old queer growing up right now, because I would be so fucking pumped to read this book, it would change my life for real. Fuck princes, the protagonist Ash has a “dangerous flirtation” with the fairy Sidhean and courts Kaisa, the King’s Huntress, who I am assuming is hot. Lo’s writing is darkly compelling and completely beautiful, exactly right for a modern fairytale. This is definitely, definitely worth reading no matter your age – Lo is a fantastic writer who won’t disappoint.
+ 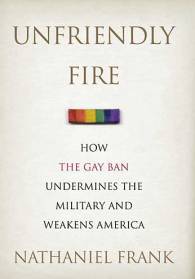 Unfriendly Fire: How the Gay Ban Undermines the Military and Weakens America, by Nathaniel Frank

(St. Martin’s Press)
Sometimes we here at Autostraddle get really burned out and depressed about how DADT is really morally reprehensible and completely un-American and how even when you chain yourself to a fucking fence no one seems to care about that. Luckily someone smarter than us wrote an entire book proving that we’re right! Maybe everyone at the Pentagon will read it. Frank has done over a decade of research and over 100 interviews, and comes up with the well-argued and thoroughly documented conclusion that not only does it not serve any purpose, DADT has actually “led to lower morale and cohesion within military ranks.” Read this and then tell everyone you know about it. I’m not kidding.
+

(Spinsters Ink)
Man, Knowles is not fucking around with the bisexuality in this book. It’s like True Blood or something, everyone is gay. Edith and her husband Joe already know they’re just going through the motions of marriage after 18 years, but then bam! Suddenly both of them are with same-sex partners even though they live in a conservative town in Tennessee! Bisexuality all over the place! This book looks really intense, and I will probably have to talk about my feelings a lot while reading it. But you love feelings, right? Don’t we all?
+ 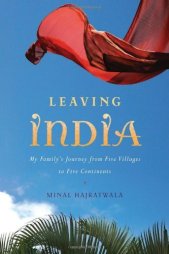 (Houghton Mifflin Harcourt)
You didn’t think this had bisexuality in it when you read the title, did you? It’s like a special sexy secret surprise! Maybe because the Publishers Weekly review doesn’t mention it at all, and the Washington Post calls her a lesbian. WHATEVER, bisexuality is real or else how could they have a “nonfiction’ category? RIGHT? I’m impressed by this book because it seems like it covers every kind of transitional space and “border crossing” imaginable – Hajratwala’s family’s literal journey from India to the US, her personal tension between her parents’ culture and the American one she was immersed in, and the in-between quality that’s always assigned to bisexuality. This is an intense book – Hajratwala interviews over 75 family members and investigates the historical forces that may have shaped their lives – but it’s an amazing thing to have an out bisexual woman of color published by a mainstream commercial house, and I think it looks fascinating.
+

The Nearest Exit May Be Behind You, by S Bear Bergman

(Arsenal Pulp Press)
This is technically a collection of essays, but Bergman’s strong and compelling voice turns it into more of a personal story about navigating the bizarre annals of gender and queerness and in-between spaces and airports. Bergman is an incredible scholar and educator on issues of gender, and getting to peek into hir own experiences with it is super exciting. Also, mostly unrelated, I think this cover is beautifully designed. Look forward to hearing more on this very soon, as I have a copy of it literally right next to me waiting to be finished.
+
+
+