Indie singer-songwriter Hailey Wojcik is a Jack (or should I say Jane?) of all trades. She released her first CD at 14 and now, a decade later, she’s released a fifth album called Diorama. The record is produced by Dan Romer, who’s worked with lezzie favorites Ingrid Michaelson and Jenny Owens Young, and it features Wojcik on guitar, ukelele, strumstick, and even mellotron (holler!).

Even after finishing up in the studio, Wojcik’s still hard at work. She’s making music videos for each and every track, three of which have been completed. She sounds somewhere between Liz Phair and Dressy Bessy to me, but listen for yourself. Check out my favorite, “Anglerfish,” below:

+
If you like what you hear, you’re in luck! Hailey Wojcik is playing one show at Crash Mansion in New York City this Wednesday (04/21) and has graciously offered one lucky winner 2 free tickets! Catch her now, because there aren’t any more tour dates on her calendar!

1. Email music[at]autostraddle[dot]com with your name.
Be sure to send it by Monday night (04/19) 9PM EST . You will be selected at random and notified on Tuesday if you’ve won!

2. Follow us on Twitter (@audiostraddle and/or @autostraddle).
Don’t have Twitter? Become a fan of Autostraddle on Facebook! Don’t have Facebook? I don’t believe you. We WILL be checking if you’ve added us, so make sure you do to be eligible to win. You know you need more Autostraddle in your life!

Enjoy a free download of “Samsa Morning,” and buy Diorama on iTunes. 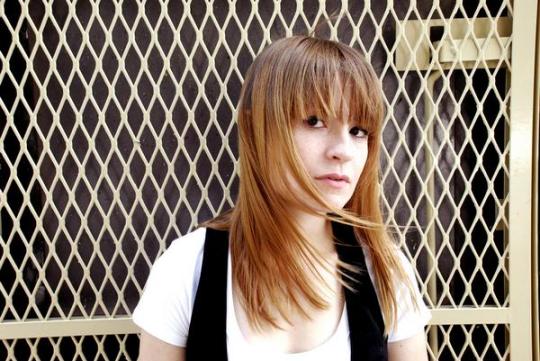 Visit Hailey Wojcik on MySpace or at her official website.