I first encountered Kaki King in 2003. I was just a guitar-obsessed 16 year old, bored on a Friday night and half-watching Late Night with Conan O’Brien. When Kaki King was introduced as that night’s musical guest — just her and her Ovation guitar — I didn’t even recognize her name. I don’t remember what she played. But I do know that, like most of America, I’d never seen anyone play like that before.

A few years later as a sophomore in college, I saw Kaki perform at a small venue in northern Virginia. I brought my very first girlfriend along with me and although she’s long gone, Kaki and I have been going strong for seven years. I’ve seen her perform live four times on two different continents, and watched her expand from a solo acoustic act to a hard-rocking three-piece.

Last month, Kaki King released her fifth studio album, Junior, and she’s currently in the midst of a North American tour with Australian duo An Horse.

I caught up with Kaki at her April 27th show at the 9:30 Club in Washington, DC. In an exciting (and terrifying) chat in the club’s backstage area, I asked her about Junior, life on the road, breakup songs, and her ever-changing sound.

In another time/place altogether, our photographer Robin Roemer had the amazing opportunity to shoot the beautiful Kaki King and her spectacular photos are also here.

Listen to the interview with fun audio extras, including clips of new songs from Junior and Kaki’s take on cupcakes: 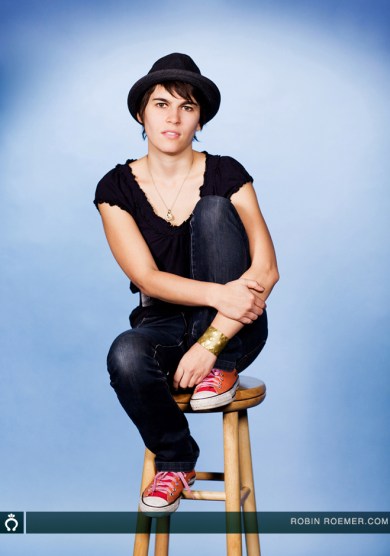 Jess G.: For your previous albums, you wrote and played the parts for most of the instruments. But for Junior, you let Dan Brantigan (EVI, etc.) and Jordan Perlson (drummer) play their own parts. Was it hard to let go?

Kaki King: No, it wasn’t at all. It was a matter of timing, and things lining up. We started playing with Jordan and then it was like all of a sudden, “Hey, you have to do a record!” Everything got pushed forward, so we wrote and recorded it together. As in, sitting in Jordan’s rehearsal space and working on tunes while teaching him other songs. It only made sense to have everyone playing their part together.

Jess G.: I read in your interview with Bound Magazine that you had a tough time making the record. You said were sick and didn’t enjoy it very much. Are you still happy with the product you made?

Kaki King: Yeah, for sure! It’s funny. We never listened to it, so sometimes it’ll be playing in the club when we get there, and it’s like, “What?” because we’ve been playing it live for so long now that it’s taken on a totally different flavor. When I do listen back to it, I think, “Wow, it actually came out really well.”

Jess G..: I agree. I first saw Dan Brantigan play the EVI (electric valve instrument) in London. It was just you two, and this crazy instrument filled such a huge sound space. How did this instrument get involved in the mix and come to be such a huge part of your sound?

Kaki King: It’s absolutely essential to the sound. It’s funny because I met Dan almost like four and a half years ago, and he was actually just tour managing me and doing sound. He played flugelhorn on my third record, and he’d come on stage for a few tunes. Then, I remember him telling me, “I’ve got this crazy thing, this EVI.” He started bringing it with him, and discovered he could play great bass stuff on it. So I’ve sort of watched him evolve with it and it inevitably became an evolving part of our sound.

Jess G.: I’m finally seeing your nails up close. Are they real or acrylic, and it that standard for guitar players like you?

Kaki King: They’re acrylic. Not a lot of guitar players [have fake nails], but certainly enough that it’s not the weirdest thing. It’s just something I’ve become very used to. They’re permanent, they stay on, and they’re very thick and bulky.

Jess G.: What’s your favorite song to perform right now? You’ve got a lot under your belt.

Kaki King: I really like playing a song like “Death Head,” because I’m having to play this riff at the same time while I’m singing and I never thought I’d be able to do it. I was like, “This is going to be a huge challenge,” so every time I pull it off I get really excited.

Jess G.: Any songs you’re sort of sick of playing at shows?

Kaki King: Well, if we’re sick of them we just don’t play them. 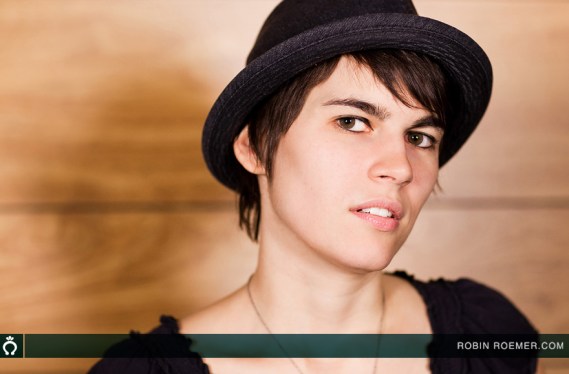 Jess G.: What’s your favorite part about being on the road?

Kaki King: Just meeting people. Everyone thinks [touring] this amazing thing. You get to see everything about every city, but generally you’re just like, “Get me through the gig.” Occasionally, you’ll just meet the funniest fans or people will give you the most hilarious stuff. Last night we had a cake someone had made. It was like an attache case with spy things in it, like binoculars and a gun; it was all edible. I think music just brings people together who otherwise wouldn’t meet. That can be one of my favorite parts, because the rest of it is a lot of just sitting in the car, bus, or van, looking out the window being bored.

Jess G.: So you’re touring with An Horse, which is hard for me to say. How is this different from your last tour with The Mountain Goats?

Kaki King: We just call them The Horse. Well, with The Mountain Goats it was a co-headlining bill, and we also had a lot more people. An Horse is lovely and amazing. It’s kind of the perfect match, because they just get up there and play this rocking, awesome, great set. It’s short and sweet, and kind of pumps the audience up. And then we get up there and do our weird thing. Whatever it is they do, they do it so well and they kind of get people psyched about the show as opposed to sort of dragging along some poor bastard with an acoustic guitar singing songs about his mama.

Jess G.: The last track of the album, “Sunnyside,” is a break up song. You’ve done these before, but you seemed to put yourself out there more.

Kaki King: Yeah, it was more personal. It was a tough decision. It was just a cathartic experience for me to write those lyrics. Putting it on the record was a difficult decision, because everything, every line in that song, has something that’s actually true to life. I didn’t want it to be a.) my own public pity party and b.) something that other people couldn’t possibly relate to because it was just so specific, so I really thought about it. But it turns out that a lot of people love that song, and they do identify with it somehow or appreciate its presence.

Jess G.: You’ve just released a signature model from Ovation guitars. Was this a special moment for you as a guitarist?

Kaki King: Yeah, it was a very nice feather in my cap, and that company’s been very good to me, and hopefully I to them, as far as playing their wacky spaceship guitars. It was definitely a very big “Wow.” I couldn’t thank them enough, honestly.

Jess G.: With five studio albums and a loyal fan base, do you feel like you’ve made it now? What do you see in your future?

Kaki King: Well, life as far as certain things, it’s not as hard as it was. But at the same time, instead of just touring America twice a year and then going to Europe for a week, now it’s Australia, Europe, Japan, and America, you know? There’s a lot more territory to cover. I do have less time to myself to do projects. I don’t really know what’s next for me. I think I’m just going to get home and make up a project or call some friends and have them come over and make something happen.

Jess G.: You’ve worked with Tegan and Sara, Dave Grohl and The Mountain Goats. Are there any artists you’re looking to collaborate with next?

Kaki King: Can’t jinx that one.

After Kaki and I wrapped up, I asked her to sign some copies of Junior: one for Music Editor and fellow uber fan, Crystal, and one for myself. I also asked Kaki for a photo of the two of us. Again, she graciously agreed, but no one else was around to take the picture. I packed up my gear and she went on with her pre-show routine while we waited for someone to show up.

A minute or two in, I realized Kaki had begun to change. As a silent scream of “OH MY GOD” resonated in my head, I turned away from the scene: Kaki King in a bra. I turned away, mumbled an apology, and tried to shake it off. At one point, I contemplated abandoning my photo mission altogether. But finally, someone came by and I quickly asked them to snap the photo. Here it is, Autostraddlers: the reason I saw Kaki King in her bra. Are my cheeks flushed? 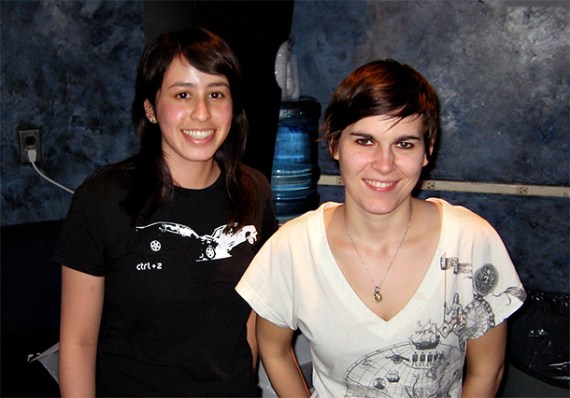