Despite what seemed like genuinely encouraging news over the last few weeks – several different binational couples who were slated for deportation because their marriages aren’t recognized by the federal government had their deportations adjourned, district offices in and around Washington DC told gay couples that processing their deportations was currently on hold. But a “clarification” on Tuesday let people know that this wasn’t a new policy being enacted by immigration officials in light of a possible DOMA repeal, but a temporary position being taken until they could figure out a new one. One official had at one point announced that gay couples could apply for green cards – something they had never before had as an option – and wait with their cases in suspension for a resolution of DOMA.

…on Tuesday, Mr. Bentley issued a new statement, saying that Citizenship and Immigration Services “has not implemented any change in policy and intends to follow the president’s directive to continue enforcing the law.”

Mr. Bentley said the agency’s field offices had suspended cases for a short period, perhaps a week or two, while lawyers clarified a “narrow legal issue” concerning the marriage act. He said the agency would probably resume action on same-sex marriage cases in coming days and would continue to deny immigration status to foreigners based on those marriages. 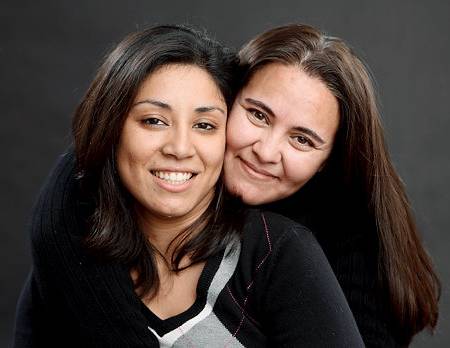 This clarification and further ones after the fact create a different and much less hopeful picture: gay immigration cases are not on hold, which seems to imply that deportation cases can continue. “The cases were held while we were waiting for legal guidance,” Bentley said. “There’s no need to hold the cases any longer.”

The hope among activists and couples alike was that the hold on immigration cases was an implicit recognition of the fact that DOMA could theoretically be repealed in the foreseeable future, and represented a desire on the government’s part not to break up loving families that could hopefully gain legal recognition sometime soon. Instead, it appears that the immigration department really was only waiting on ‘legal guidance’ since the issue has become suddenly murky, and having gained it they are within their rights and responsibilities to continue with the work of deporting married gay people who just don’t have the ability to get a green card just yet.

According to at least one attorney, it doesn’t seem clear that things have to be this way; it looks like it may at least have been possible to put deportation processing on hold and move towards a system in which gay couples could apply for green cards, just like what seemed to be happening.

“This regrettable decision reverses a policy of abeyance that was already in place in at least two USCIS District Offices. While DOMA remains the law of the land, the policy of holding applications by married gay and lesbian binational couples in abeyance is the ideal interim remedy to provide necessary protection to those binational couples and is consistent with enforcing DOMA,” immigration attorney Lavi Soloway told The Advocate in a statement. “While these applications cannot be approved today, none of them should be denied. We must continue to advocate strenuously for an abeyance policy and for a moratorium on the deportation of spouses of gay and lesbian Americans. It is clear that the administration has the discretion to halt deportations and put processing of “green card” cases on hold temporarily while work continues to repeal DOMA. This administration should work immediately to develop remedies to ensure that binational couples are not torn apart because of a law that the President and the Attorney General have determined is unconstitutional.” 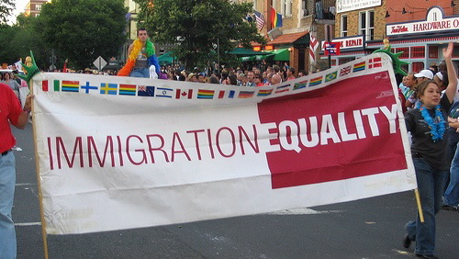 The status of individual couples looks grim, with Bentley describing the situation in the immigration office as “business as usual.” It’s unclear what will happen to the couples already profiled by major news sources, like Monica Alcota and Cristina Ojeda. The one thing that is clear is that this is a sad day for binational same-sex couples, and for everyone who values America’s tradition of being a place where people can come from anywhere in the world to make a home. Like so many other things, that seems to be a privilege reserved for straight people.