Ever since I went to a Halloween party hosted by my friend’s church youth group in the 6th grade, I’ve been almost inseparable from my identity as a Christian. From the time I was in middle school to the time I came out as transgender on my Facebook, I could be found at church at least two days a week. I grew up in a Catholic household, but we weren’t really too involved at church. Then, our family friends, who had a Catholic father and a Baptist mother and were heavily involved in both churches, started to invite us to events at their Baptist church. Going to this church was a whole new experience for me. They had uptempo music with electric guitars and a drum set. They had a pastor who wore Hawaiian shirts and told jokes and talked about football every Sunday. Most importantly, they had a youth group that was actually fun, unlike the tedious CCD classes I was used to taking. It was here that I truly found my place in the church, it was here that I stopped saying “the church” and started saying “my church.”

Now, I never gave up my Catholic identity, I still went to mass every week for a long time and even today I go on Holy Days of Obligation. Being Catholic is too tied into my identity as a Chicana and as a member of my family to ever truly give it up. My parents raised me to believe in a loving God, one who doesn’t judge, punish or hate gay people or women or non-believers or people who have abortions. But I was constantly reminded that most of the Christians around me didn’t think that way. Whether it was my pastor saying “Now, all I’m going to say on the topic of gay marriage is that God created Adam and Eve, not Adam and Steve,” (yes, he actually used that horrible cliche in a sermon), or it was the Pope saying that gay people shouldn’t be allowed to be parents, or it was learning that my church offered gay reparative therapy for a time, I was constantly bombarded with the idea that followers of Christ were not cool with the idea of queer people.

Because of this, whenever I had inklings that I might not fit neatly into the traditional gender binary or the heteronormative narrative that I was being taught twice a year when my church had its “Sex and Marriage” series, I would do my best to ignore those feelings and say that they were just a phase. But by the time I got to college, they were still there. I was starting to go online and do some research about trans* women. I was learning that it wasn’t so strange to feel the way I felt. I was pretty sure that I had found who I really was. But then, during my first year of college away from home, I started to feel extremely depressed and suicidal, in large part due to my dysphoria and hiding in the closet. So I decided to move back home where I knew I had a strong support system of friends and family.

When I did, I got even more involved with the Baptist Church. I became a youth group leader, I taught Sunday School, I worked at the church’s coffee bar; I was one of the most recognizable faces in the congregation. In public, I had to keep mostly quiet about my opinions on gender and sexuality, but I also knew that if I really was trans* and a lesbian, I would need to gather as many people on my side as I could. I started quietly asking around, finding out my close Christian friends’ opinions on gay marriage and other queer issues. Soon I got more bold. I started having arguments with the youth pastor about how men and women should act and dress. I taught Sunday School lessons about how the Bible said that we should accept and love gay people. I would have open discussions in the church on Sundays with members of the youth group about how the verses in the Bible about homosexuality are mistranslated and taken out of cultural context. I even started dressing and acting more femininely. I dyed my hair pink, started wearing light makeup when hanging out with certain friends and added some more androgynous pieces to my wardrobe. I wanted to see how far I could go without actually coming out as transgender. 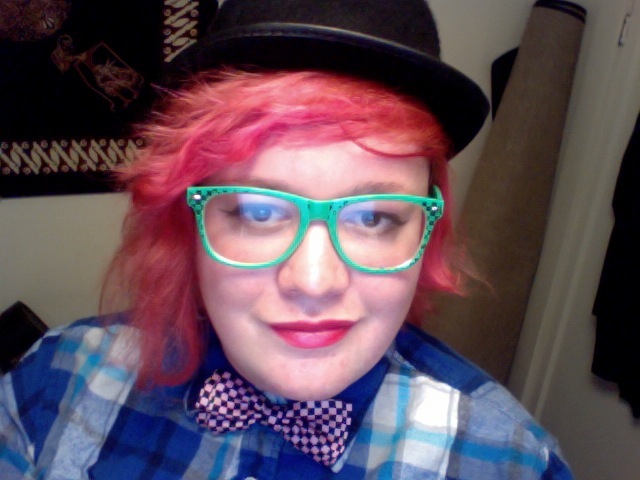 During my genderqueer phase

By the time I decided to finally come out to everyone at church, I was the longest serving member of my church’s youth staff, helping out there for six and half years. I also taught Sunday School for close to five years and was heavily involved in many other ministries. I was prepared for all of that to come crashing down. I was pleasantly surprised at what actually happened. I got messages of support from my friends at church ranging from “Love you and support you!” to “I am happy for your faith and I will pray that God gives you continual strength!” I even got several messages from parents of the youth I had served with who said that they were proud of me and would always support me no matter what. I was overwhelmed by the support I was getting online. I thought to myself, “These people really are showing me Jesus’ love.” My fears of walking into church and being met with hatred and judgement were relieved.

That is, until I talked to one of my friends. I had worked with his mom in the youth group for years and I was extremely close to his family; I spent more time at their house than probably any place but my own house, my job and school over the past seven years. When I asked how his mom responded, I was told that she started yelling that I was accusing God of making a mistake. That I wasn’t really a woman. That I was doing something horribly wrong. That’s when my fears started coming back to me. I called up as many friends as I could to go to church with me. If there were going to be people there who would judge me and attack me, I wanted to have people there who I knew would support me and love me and back me up.

On November 4th, 2012, I put on one of my favorite blue dresses, curled my hair and spent extra time on my makeup, making sure that I wasn’t overdoing it for church. I had been in public as Melínda several times before, but it had always been at costume parties, with close friends who I was already out to, or when I went out of town. This was my first time going out in public in my hometown in front of a large group of people. By the time my friend Richell came to pick me up for church, my stomach was all the way down in my painted toenails. The first person who greeted me at church smiled, shook my hand, and called me by my birth name, giving me very mixed signals about what I should expect. After that, I started getting hugs. Parents, my friends, and members of the youth group started coming up to me, telling me how great I looked and how happy they were for me. Several people told me that they had suspected something for a long time or that they had never seen me look so comfortable- that I seemed like I was glowing. 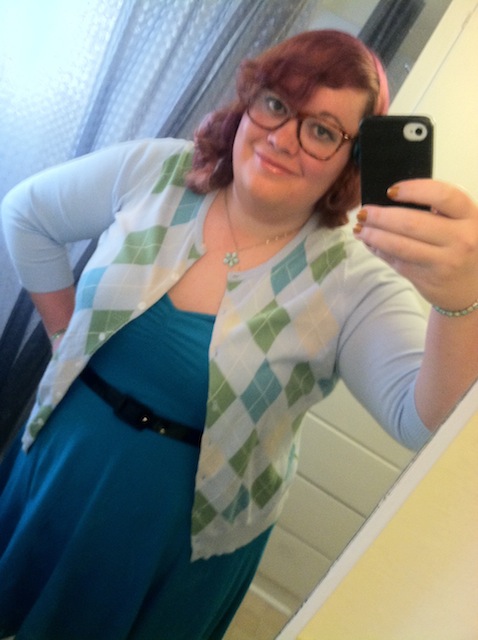 But not everyone was happy for me. As a part of the sermon, the pastor asked everyone to write the name of someone on a paper fish and hang it on a net on the wall. These were people that were in our lives who didn’t know God. We were put in that person’s life, our pastor told us, to show them God. One of the youth who had been learning about the Bible from me for the past four years came up to me and told me that she wrote my name, and that she was excited to be praying for me. One parent glared at me the first time we saw each other. Later during church, she looked at me and her eyes started watering. Her friend put her arm around her and gave me a dirty look as they walked away. This was a woman who worked with me on the youth staff for years and who had some children I had taught in youth group and Sunday school and other children I was best friends with. That afternoon I found out that the Pastor had talked to my brother before church and asked him if I was being serious with all this stuff or if it was just “some Halloween thing.” I’m still not really sure what he meant by that.

Over the next few weeks, I went back to church many times. Every week more and more people were supportive of me. Some people from my church even friended me on Facebook for the first time after I came out. But the leadership felt another way. The pastor asked to meet with me, saying that he wanted to talk to me about my “life journey and my worldview.” When I finally got up the courage to meet with him face-to-face, he mostly talked about how he was worried that I was a “secular humanist” who didn’t believe in God. After I assured him that I still believe in Jesus, he started talking to me about how God created marriage for one man and one woman and how some parents complained about me working with the youth, so if I wanted to keep serving in any ministry, he and I would have to have many more meetings before that could happen. He also said that he would have to talk to the church elders and parents before deciding if I was going to be allowed back. Going to church was suddenly less fulfilling and a whole lot more conditional.

At the same time that my relationship with the Baptist church I was so deeply involved with was reaching a crossroads, I was actively avoiding the Catholic church. I knew their stance on queer issues and I had less friends to support me there. The next big step for me in my transgender church experience came around Christmas time. We drove down to Los Angeles to spend the holidays with my grandparents and other relatives. Both my father’s family and mother’s family are Catholic, so even though I had been happily accepted by all of them, I was very nervous to go to Christmas Mass. I had gone to church many times as Melínda, but never to a Catholic service, let alone at a church where the only people I know are the 20 members of my family.