Say goodbye Rick Perry and say HELLO Wendy Davis! (Sorry, I’m getting ahead of myself.)

Sen. Wendy Davis, who rose to national fame for her filibuster against anti-women’s health legislation during the summer, announced Thursday afternoon that she will be running for Texas Governor! 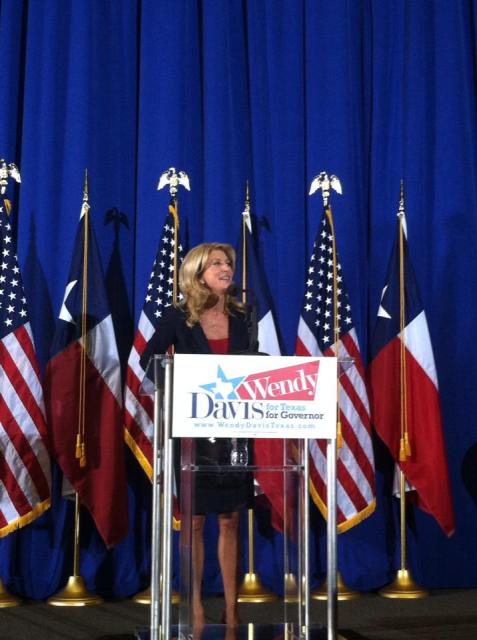 She made it official when Davis said, “All of you deserve to have your voices heard because our future is brightest when it’s lit by everyone’s star. That’s why today I am proud to announce my candidacy to be the 48th governor of this great state.” Although Davis’s incredible filibuster earlier this year inspired millions and has built a strong following for her, she’ll still face an uphill battle in many ways; the fact that the state of Texas succeeded in ultimately passing the legislation that Davis so strenuously filibustered against speaks volumes to the challenges that lie ahead. But Davis is a strong figure to rally around; if anyone can bring a different voice to the Texas legislature right now, it may be her.

Here’s hoping to a brighter future for Texas. #teamwendy