I looked at my roommate across the common room and saw her staring at her laptop, blankly. I looked down at my own and saw the cursor blinking at me, ready for me to start typing. It was a warm, sunny spring day during my senior year in college and I could hear the rest of my roommates out on the patio, drinking Bud Light with our football-player friends and laughing. And here I was, writing a paper. A typical moment for a college student, maybe, but the paper was anything but.

“So…um…how’s it going?” I asked my roommate. She threw up her hands and widened her eyes. 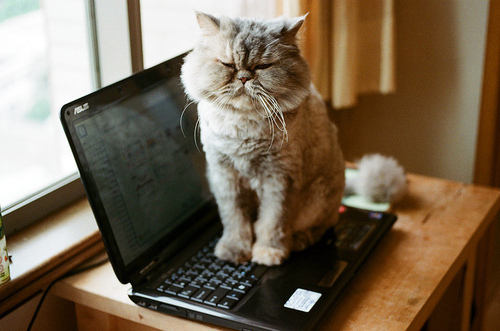 We had every reason to be uncomfortable – that was the point of the paper. To make us as uncomfortable as possible, and base our grade on our ability to be honest with ourselves. It was a novel concept to us, since students often fought tooth and nail at Harvard for percentage points, sometimes sharing factually-faulty information in the hopes of edging out their competition. Even if my friends and I had operated this way (which we didn’t, obviously drinking with our football-player friends was more our speed), that approach wouldn’t have worked here anyway.

It was 2006 and we were taking “Psychology 1703: Human Sexuality.” Human Sexuality was a relatively new course, but one I had been eager to take after my friends who took it the previous semester couldn’t stop talking about it. It had stayed with them, they said, more than any other course they took at Harvard. I wanted to find out why.

The course had been offered for the first time in the fall semester. I heard about it initially while I was lurking around the psychology laboratory where I worked, and where several graduate students were talking about how they thought the course would be really interesting (and easy) to take, but that many other professors weren’t thrilled about its introduction, thinking that the course was too fluffy to be a serious science course at Harvard. I also knew that there was a sense among some of the faculty members that Harvard needed to take itself less seriously as an academic institution and offer more liberal-artsy courses alongside the hard science and rigorous economics courses that most undergraduates usually took. I understood their point: it was always a breath of fresh air to take a lighter course to balance the hours and hours I spent in the chemistry lab or sobbing over a problem set in my calculus class that was so conceptual that it no longer included numbers. Please, give me something else to think about! Plus, there was always the feeling that Harvard undergraduates spent so much of their time working that it might be in their best interest as developing young adults to teach something that might be useful to their social growth and not just their academic growth. Why not talk about sex?

On our first day, the Professor stepped onto the floor of the auditorium (the class couldn’t be held in a smaller venue since so many students had showed up to “shop” it), and said, “Raise your hand if you had sex last night!” Titters and giggles. My roommate sitting next to me glanced up across the room at the boy she had just started hooking up with and wondered if he was feeling as uncomfortable as she was. He was from Alabama and super conservative. We were both wondering how he’d react to all this discussion about sex that would obviously cover some new subjects we knew would be new to him like alternate sexualities and gender identities. To his credit, he sat quietly with his buddies for the whole lecture, listening with rapt attention while the Professor described the course and its objectives. After class, they all signed up.

Though the class was based on papers and a final exam, these were more tools to encourage participation; most of our grade was determined in our smaller TF (Teaching Fellow) sessions. My TF session happened on Tuesday nights in the basement of one of the freshmen dorms and was led by a gender studies graduate student. She was kind and funny and perfectly nice, but it became immediately clear that in order to get a good grade in this class I would have to be more open and honest with her than I’d been with even my closest friends. Since when had one of them handed me a typed list of questions like, “What’s something you’ve never done in bed but would like to?” and, “If you could kiss anyone at school without your friends finding out, who would it be and why?” And more than that, when had anyone asked me to type this up and submit it to them for a grade!? I suddenly understood the reason why my friends said they went directly to the bar after lectures. 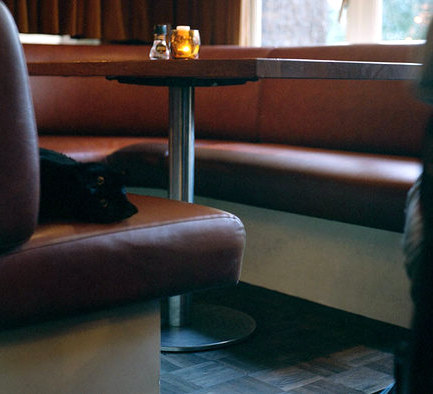 HOW ABOUT THAT COCKTAIL WE TALKED ABOUT?

Our TF started us out slowly, asking us about our past relationships, our friendships, and our experiences in college. To get a sense of who we were as a group, she asked us to anonymously answer a set of general questions, the results of which she tallied and read out loud to us: who had cheated on a significant other, who had had a same-sex experience, who had hidden a romantic attraction from their roommates, and so on. I remember looking around at my fellow students and thinking, “Wow! I’m not in a minority! Everyone else has the same thoughts and fears that I do!” Sometimes it’s nice to know the cheese does not stand alone.

In one TF session, I was partnered with my friend Kate who was a year older than me and endlessly cool. “Sweet!” I thought. “Kate can handle this. We’ll be fine!” Our TF told us that in this session we would be discussing coming out. In our pairs, we had to describe to our partner who we would find it hardest coming out to, if we were gay, and why it would be so hard. Yikes. Okay.

Kate told me about her mother and father, who are Italian and rather strict with her. Kate was gorgeous and cool and popular, and I’d never seen her do anything but rock the pants off any social situation she found herself in. But as she pretended to come out to me (her parents), she couldn’t bring herself to look me in the eye and I saw her hands starting to shake under her desk. When she finally did look up, her eyes were teary and she couldn’t figure out what to say to me. I didn’t fare much better when it was my turn. Since I had seen how this exercise had gone with Kate, I was able to hold myself together a little bit better, but I still felt my palms get sweaty and my voice start to shake. At this point my experience with girls had been limited to “it’s fun to make out with them at parties” and I hadn’t really let myself consider the grander implications of this. I don’t know if I wasn’t ready to or I was just too busy with school to think about myself as a growing-up person, but I tried to be as honest with myself as I could be given the setting and the assignment. In hindsight, this moment was actually more momentous than either of us envisioned: six years later, Kate is living with her girlfriend in California and I with mine in Washington, D.C. I think if we were to chat about it now, we would both point to that moment in class as one which at least started the opening of the door for both of us to come out. I think we both needed something to force ourselves to think about why the fake coming-out was so difficult, and unless someone made us do it, we might have never done it at all.

The paper my roommate and I found ourselves writing on that spring morning was about what we wanted to experience but hadn’t yet. We had a list of questions to address, and in order to get a passing grade all we had to do was answer them – honestly.

What did I want to experience? What had I experienced but didn’t like? What had I experienced and enjoyed? I stared at my roommate across the room and we shrugged. THIS IS SO MUCH HARDER THAN A MATH TEST! When it became clear that the the joint paper-writing party in the common room with my roommate wasn’t going to do us much good toward actually completing the project, I’d gone into my room, popped open a beer, and said to myself, “Okay, self. You have to write this paper and you have to write it today. They want honesty…okay, let’s do honesty.” I wrote about how I faked crushes on boys to fit in. I wrote about making out with girls at parties, and how it meant more to me than it did to them. I wrote that, one day, I wanted to go out a date with a girl. I wrote things I had never said out loud to anyone. When I finished it, I emailed it to my TF and walked outside. Oddly, instead of feeling nervous and embarrassed, I felt nothing but relief. I’d sort of faced my demons, albeit on paper and in private, but it hadn’t been so bad! My demons hadn’t been demonic at all! It was just me, in essay form.

I hope our professor understood the degree of influence his class had over us. That sheer volume of examination of our private lives was disorienting, intrusive and threatening. But it was the only class we talked about. After class, before class and out with our friends, we talked about our TF sessions. I thought about it all the time.

For many of us, “Human Sexuality” was a catalytic experience. Being forced to sit down and ask what we wanted out of a partner, a relationship, or ourselves, we were also forced to confront why we haven’t done the things we wanted to do or been with the people we wanted to be with. What was stopping us? Just as the world hadn’t exploded when I turned in my paper, the world didn’t explode when I finally did talk to my roommates about my feelings, and it didn’t explode when I finally did ask a girl out on a date. All the things I was afraid of happening didn’t happen. It was all okay!

In a misguided fit of “AAAAH DON’T LOOK AT MY LAPTOP” I deleted the aforementioned paper when the semester was over, and I kick myself for it every day. But, I do remember what my TF wrote back to me with my final grade: “Remember to trust in your feelings and yourself and do what you want to do in order to make yourself happy. Remember what this experience was like, and just as you sat yourself down to think about how to answer these questions, do the same with yourself and your happiness and your future. Be brave! You’re going to do great.” 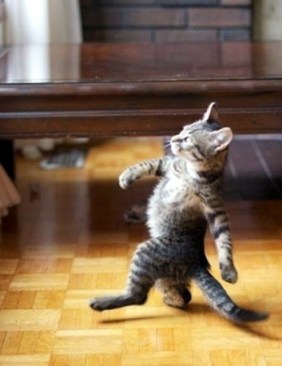 LOOK AT ME NOW

Keena has written 4 articles for us.