For more info on sending in questions, see the bottom of this post. Let’s get down to bossing people around on the internet! Today’s contestants include someone who’s trying to figure out what happened in her open relationship, and a lady whose lady is bisexual and wants to stop getting shit about it. Enjoy! 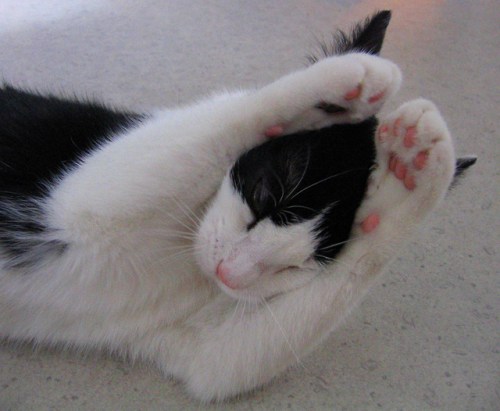 Q:
I’m bisexual in an open relationship with a lovely boy and the other night I hooked up with a girl I just met who I wasn’t attracted to simply because I’ve never kissed a lesbian. I would have slept with her if I could. He’s disappointed in me. Why did I?

A:
Ok, here’s the thing: I know this isn’t how you want this answered, but is this about why you kissed this girl, or about why you’re now in a fight with your boyfriend? (Sorry if that’s now what you call each other, I’m just gonna go with it lacking any other information about terms you use.) I think, based on anecdotal evidence and OKCupid, that open or poly relationships are made up of a (straight?) dude and bisexual/queer girl fairly often, and in that situation it can be easy to get your sexual-orientation feelings mixed up with your relationship feelings because who you’re attracted to and who you act on that attraction with are parts of your relationship. I recognize that these things get kind of messy and interrelated, but bear with me.

I don’t know why you kissed her. No one else can tell you. Because you wanted to? Because she was there? Like Everest? People kiss people for a lot of reasons! I just watched that documentary where people kiss like the Eiffel Tower and fences! If this is your way of asking “Am I actually gay???” because you kissed a girl for reasons you can’t fully explain or even though you suspected your boyfriend wouldn’t like it, you will need to figure that out on your own. If you’re worried that you kissed her because you feel like you need to prove something to yourself or others, that’s worth thinking about, and I encourage you to do it (on your own, your boyfriend may not be the best person to hash that out with.) I can’t tell you the answer, though. But I CAN answer the second question of why your boyfriend is “disappointed” and you’re feeling guilty, which is: you guys do not have the parameters of this open relationship nailed down. 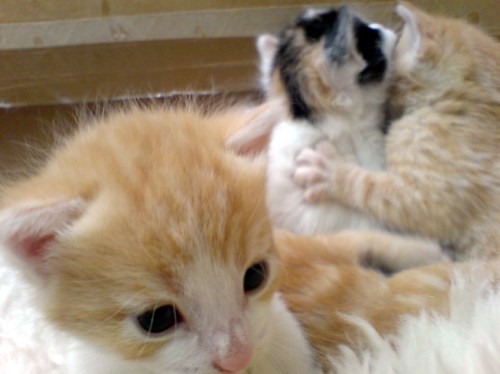 It sounds like he thought there was a “only when overwhelmed by passionate, uncontrollable lust” clause which you were unaware of. Ideally, (and of course this kind of only happens in a perfect world) there are no rules of your open relationship that only one person is aware of. You need to talk to him, but not about her, about you two. Why did this bother him? Does he feel like it’s okay for you to be with other people only if you have a certain magnitude of feelings towards them? How much of a margin do you get for not being sure about your feelings? Figure these things out with him! If the other person has a secret set of rules and guidelines aside from the rules and guidelines you’ve actually established (because you have, right? Like earlier? You’ve established boundaries??) then there is more trouble in your future. Sorry!

Q:
I’m a gold star who has always dated other gold stars. My girlfriend now is bisexual. I have NO problem with this. I figure if she likes me now, it shouldn’t matter who she has liked in the past, right? But other people in my life dont see it that way? People ask me if she’s gay, and I don’t know what to do with their reactions when I tell them she’s not.

A:
First, I’d like to apologize for making up the last line of your question after “people ask” because formspring cut it off. But I feel like that was the gist of it, no? Correct me if I’m wrong.

Basically, I feel like there are a few ways you can handle this. Are you ready? 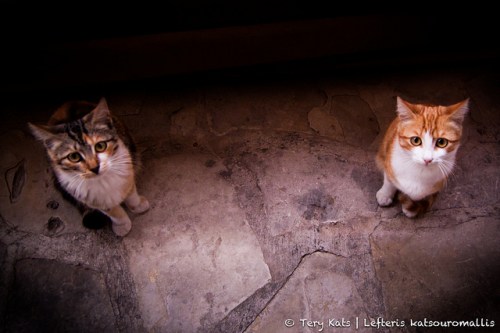 1. Talk to your girlfriend. Not like “this is an issue in our relationship and we need to fix it” talk because this isn’t an issue for you guys, this is an issue for other people, and obviously you get that. What I mean is that your bisexual girlfriend has probably dealt with this SO MUCH and SO OFTEN and it may be worthwhile to say “Hey, dealing with people who act shocked by your being bi or refuse to take it seriously is really new to me, and I’m upset and not sure how to handle it. Do you have strategies that work, or something you usually say, or any advice to pass on?” Note: this is not necessarily the best option, because your girlfriend may end up feeling like she is having to take responsibility for other people’s obnoxious attitudes, and also at this point in her life may just feel really “over it” as far as talking about what being bisexual means or how to deal with it. Which is totally understandable! So you can also try one of the following:

2. Pick one sentence, preferably a short phrase, and decide to just use it every time. I read about this technique in a workbook given to me by my therapist, so you know it’s legitimate. The idea is to just use it coolly and calmly without letting the other person take the conversation where they want it to go, until they lose interest and stop. Here’s how this could go:

Them: Whoa, your girlfriend is bi?

Them: So that means, like, she used to date guys?

You: Well, now she’s dating me.

Them: But has she dated other women?

Them: Is she, like, really sure she likes girls?

See how boring that conversation is? No one would want to keep having it! But you’re not being rude, and you don’t have to defend your girlfriend. Perfect!

3.  Thirdly, you can take my preferred route, which is to be kind of an asshole. If the above technique is refusing to engage in a healthy and assertive way, this is refusing to engage in a childish and passive-aggressive way, by acting like a dick and making fun of them and refusing to answer the question. I guess that is technically not advisable, but hey, you know what else is childish? Interrogating people about their sexual orientation or that of their partners! Here’s some examples:

Them: So does being bisexual mean she has a boyfriend at the same time? I don’t get it.

You: Nope! It actually means she can shoot lasers from her eyes.

Them: Aren’t you ever worried she’ll cheat on you?

You: I guess, but I’m more worried about how she insists on us singing Lyle Lovett songs as a duet while we have sex.

You: She’s actually really into pottery from feudal-era Japan, which is weird but kind of cool! It turns out it’s really expensive, so I need a new job.

SO! Does that solve EVERY PROBLEM you have? Probably not. But maybe it’s a start! Let us know how it goes!

Also, as always, let us know your own suggestions in the comments, and/or tell us how angry you are that we talked about bisexuality, either one.