In July, Hulu’s Harlots was renewed for a second season and this week, it was announced that actress Liv Tyler would be joining the cast as Lady Isabella Fitzwilliam, “an aristocratic social butterfly whose long-held secrets keep her in the thrall — and under the blackmailing thumb — of Lydia Quigley.” This seems like a good time, then, to talk about this incredible program, which is written, produced and directed entirely by women. Harlots has been pretty universally acclaimed by critics, as well as being lauded for its feminist overtones, its relative defiance of racial stereotypes and its progressive treatment of sexual assault.

What’s more, though, is that although it takes place 250 years ago, Harlots provides an unprecedented and surprisingly resonant depiction of the sex work industry from the perspective of the women within it. 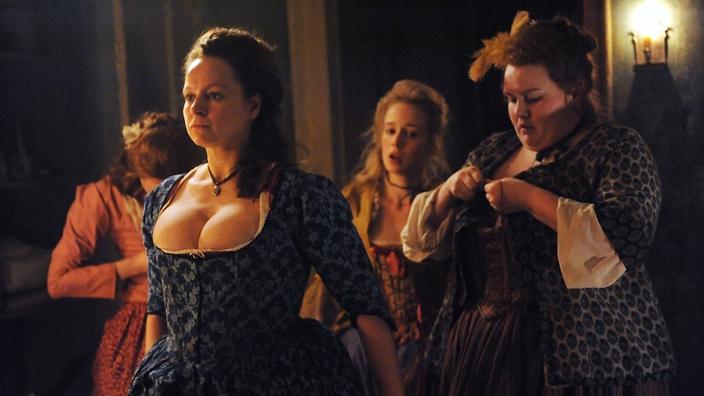 As a sex worker back in my mid-twenties, I voraciously consumed every visual media representation of willing sex workers I could get my hands on: cheap indie films with flimsy plots and unknown actors filmed in condos, sensationalized mainstream films with flimsy plots and well-known actors filmed in Vegas, the rare vintage classic like Luis Buñuel‘s Belle De Jour, a handful of Netflix-available documentaries, and, repeatedly, a YouTube clip of “Big Spender” from Fosse’s Sweet Charity that a co-worker once emailed to all the girls with the subject line, “REMINDS ME OF US.” I’d watch DVDs on my laptop between appointments, looking for some authentic context to my own life beyond the male-gazey fantasies of sex workers falling for their clients or requiring male-facilitated salvation that dominated the popular imagination. I consistently came up short.

But no camera captured the world I knew for a general audience — the complicated relationships between girls, the awkward understated rivalries between tightly-branded studios or the weight of secret lives against backdrops of artistic ambition and “real-world” obligations. Nobody had captured the alternately empowering and traumatizing experiences with clients and the character we all, in some way, were paid to become: polished, attractive, always up for a good time, prestigiously educated, delightfully bohemian and insatiably perverted.

Odd, then, to watch Harlots, all these years later, and only because it reportedly contained a slight lesbian storyline, and to find it easily the most realistic television portrayal of indoor-market female-managed sex work I’ve ever seen. The specifics are different, of course, but the generalities of “the oldest profession” have seemingly not changed all that much over so many centuries — which I’ll come back to in a second. 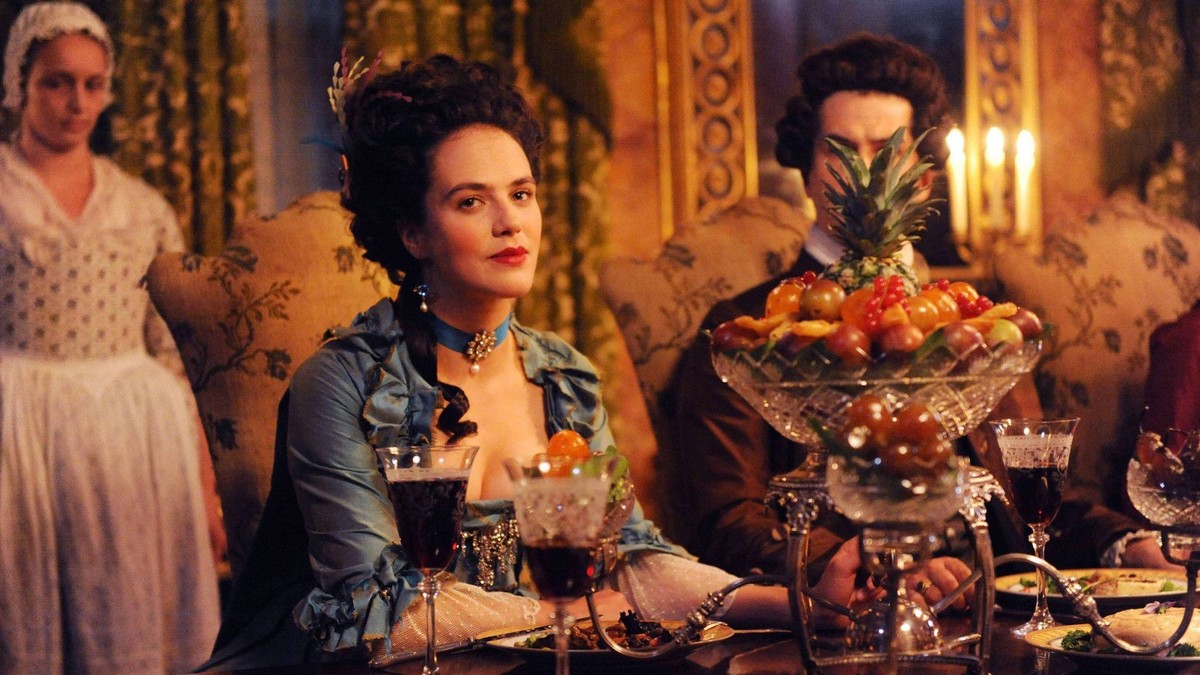 Harlots is a critically acclaimed, gritty, glamorous and, yup, feminist, period drama set in 1763 Georgian England, at a time when one in five London women made a living selling sex. Harlots stands as an excellent example of how much better the representation of women’s work can be when women are put to work telling those stories.

Working for a “house of ill-repute” wasn’t an entirely dismal prospect back then, relatively speaking. If you were born into wealth, you could marry, and then you and your wealth would become your husband’s property. Your husband was free to beat and rape you, and he was also socially permitted to openly patronize prostitutes or bring a full-time mistress into your home. But sex work was an option that provided women with gainful employment and at least a brief period of personal agency. As in the current day, there was a definite class system in order: there were women who worked the streets, and there were women kept in sophisticated “houses” with the eventual goal of attracting a “keeper” — a wealthy man who’d provide for his mistress forevermore, usually with the understanding that she’d no longer see other clients.

The story of Harlots centers on a turf war between two brothels, Margaret Wells’s (Samantha Morton) scrappy and diverse assortment of Cool Girls, and that of Lydia Quigley (Lesley Manville), where the upper-crust treat themselves to refined, pastel-draped powdered women who speak French and pose in human tableaus and play instruments to entice men starving for raunch beneath the petticoats. 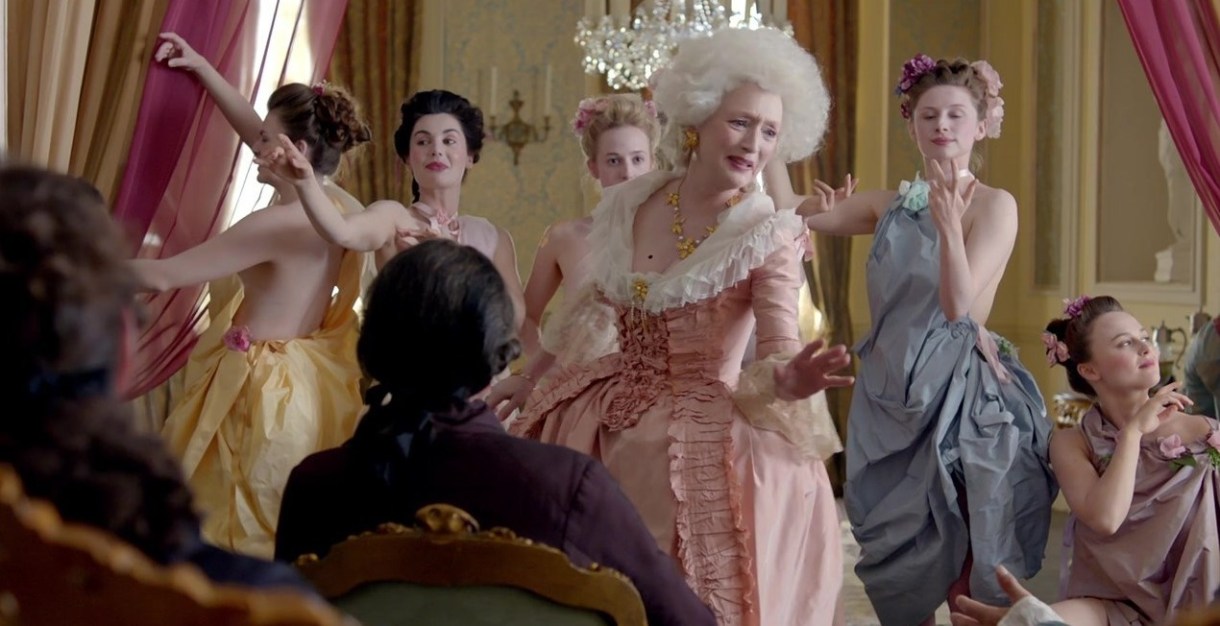 Margaret’s common-law husband William North (Danny Sapani) is Black, as is their five-year-old son, and she also has two white daughters, Charlotte (Downton Abbey‘s Jessica Brown Findlay) and Lucy (Eloise Smyth). The scurrilous and gorgeous Charlotte, one of London’s most prized girls, has attracted a “keeper” in Sir George Howard (Hugh Skinner), an idiotic fop who’s scurried away his wife’s fortune on Charlotte and is consistently vexed by Charlotte’s refusal to sign his keeper contract or stop flirting with other men. Skinner, previously flummoxed by women in Fleabag and W1A, is perfectly cast, which is to say that I wanted to scream YOU DON’T DESERVE HER at him 95% of the time.

Margaret is pushed to auction off her daughter Lucy’s virginity earlier than anticipated when their plan to move to a nicer part of town is thwarted by a 100-pound fine for operating a house of ill-repute. The court appearance and subsequent fine came, of course, after some malicious maneuvers by Lydia Quigley, and thus the two women are off to the races in a season-long feud relentlessly fed by further scandals, betrayals, violence, and Quigley’s partnership with a religious zealot determined to stop prostitution by yelling about G-d outside of Wells’ brothel for hours on end. Lucy doesn’t adapt well to sex work, and her inability to just pretend to like men she definitely hated was, well, pretty relatable!

Somehow, despite the years between then and now, Harlots‘ portrayal of a house of ill repute is strikingly authentic and familiar. “Harris’s List of Convent Garden Ladies” recalls the message boards of today in which escorts and bodywork girls are reviewed by their clients, evaluations as necessary to one’s success as Harris’s List was to these women. (And precisely as unfair — the opinions of one or two men often sealing one’s fate.) Different girls have different brands, like the dominatrix Nancy (Kate Fleetwood) (basically if Laura Benanti were a pirate queen, she’d be Nancy) and Emily Lacey (Holli Depsey), whose bawdy demeanor initially repels her high-class madam but eventually endears her to clients seeking someone with a little more grit. Harriet Lennox (Pippa Bennett-Warner), a former slave who has traveled to London with her white husband only to be suddenly widowed, learns how to cash in on the men who fetishize her in order to earn money to buy her children back from her husband’s brother. 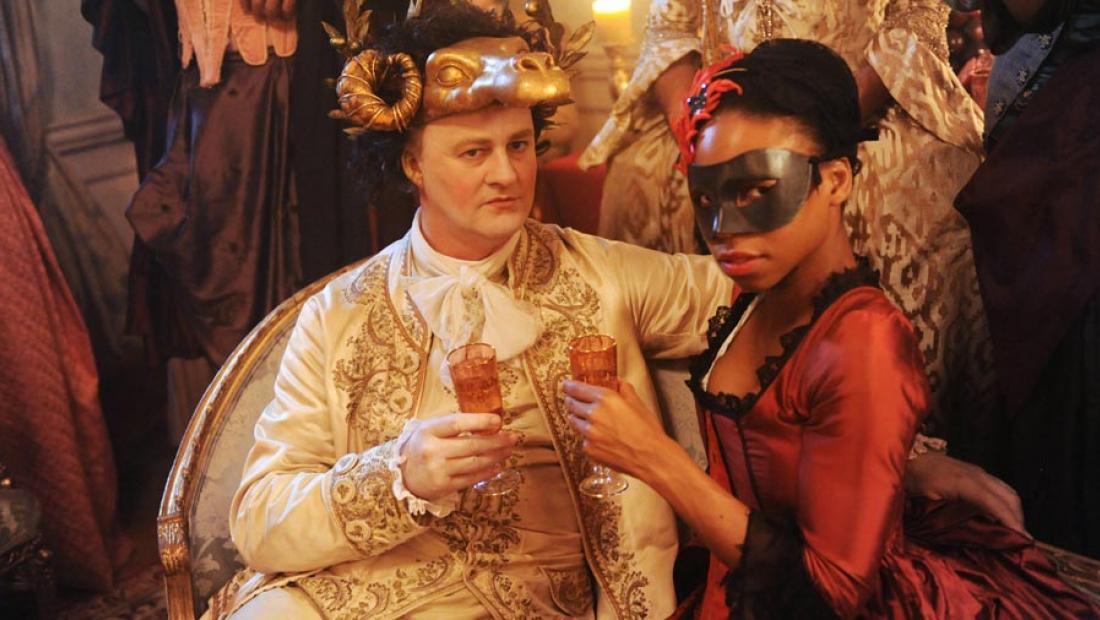 What makes Harlots so unique, then, is that the drama is centered within a group of women in a women’s workplace. Most TV and film portrayals of sex workers focus on individuals. The woman is usually forced/lured into the business by desperate circumstances and/or dark desires and/or a need for adventure and/or expensive taste and/or insatiable sexual appetites. She may have a hard-nosed pimp or sex worker friends she often sees on the job, and occasionally we get a film or storyline set in a strip club (usually male-written and male-directed), but never have I witnessed such an extensive window into the rich and multi-faceted relationships between women who work together in illegal women-run institutions like brothels and massage parlors. It’s not surprising these stories are rare — they are, after all, stories that do not center men and break out of the endless cycle of trope-laden sex worker stories.

On scripted television, sex workers are rarely the show’s topic, but instead just a detail about a character (most often, an exotic dancer) or a storyline. Only a few shows have centered on female sex workers: Band of Gold (1995-1997), The Client List (2012-2013) and Showtime’s The Secret Diary of a Call-Girl (2007-2011). The latter plays directly into male fantasies with an opening monologue that begins, “I love sex and money, and I love to suck a big fat cock, get orgasms and fill myself.” (I made it through about 1.5 episodes before shelving the entire series.) While these stories are certainly real — Belle’s was based on an excellent memoir by a Bristol escort, notable as it’s nearly impossible to find work like that written by real living sex workers — they’re certainly not the only ones worthy of portrayal. In Harlots, sex work isn’t all empowering sexual delight or violent confusing sacrifice — it’s both. 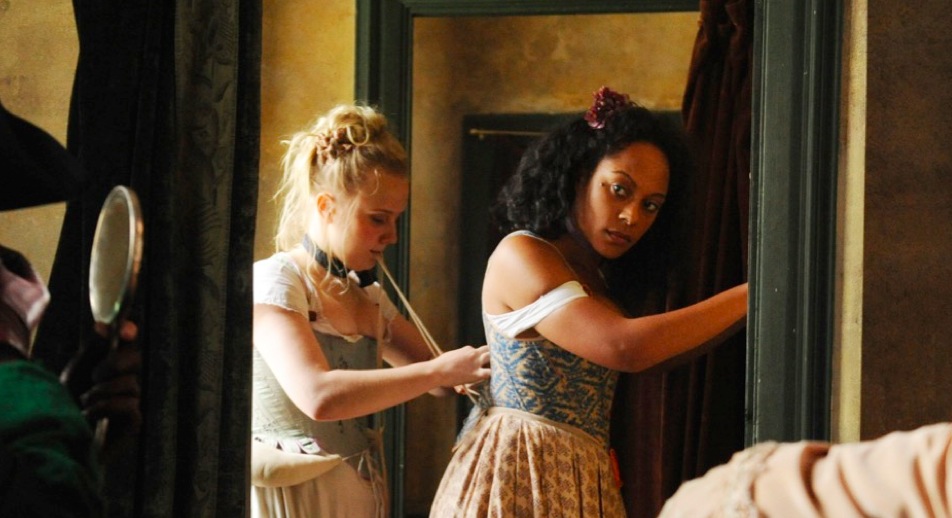 The women of Harlots are matter-of-fact about their work, and the historical period and limited avenues for women enables a practical perspective rarely exhibited in more contemporary stories.

Harlots represents the fascinating world that surrounds the work with such stunning clarity: slow days amid rumors of raids, the constant fear of raids, avoiding raids by having clients in high places, the new girl getting stuck with the abusive client everybody else refuses to see and, of course, the bitter rivalry between a house owned by a woman who used to work for the woman who owns the rival house. Through Margaret Wells, we see the tension of a woman who has positioned herself as a caretaker for many women and is literally the mother of two who she also, technically, is “selling” for sex.

Which brings us to the lesbians. In Harlots, there is a slowly building romance between Violet Croft (Rosalind Eleazar), a harlot, and Amelia Scanwell (Jordon Stevens), the daughter of a religious zealot who has devoted her life to driving brothel owners mad. This isn’t where I expected the lesbianism to show up — I expected doubles with clients, or girls “practicing” to learn their trade. In fact, the most extensive discussion of lesbianism in 18-century English literature comes from a book about prostitution: Memoirs of a Woman of Pleasure (Fanny Hill), by John Cleland. Of course, lesbian sex in this context is viewed merely as “practice” for sex with men, and on its own, it is incapable of pleasing its subject. “I now pin’d for more solid food,” Fanny says in the book, “and promised tacitly to myself that I would not be put off much longer with this foolery from woman to woman.” We don’t see any of that in Harlots, but there’s something especially tender about Violet and Amelia being one of only a few genuine romantic storylines on the show, rather than lesbianism showing up only in a more heteronormative context.

Hulu’s Harlots is entirely told from the “whore’s eye view,” executive producer Alison Owen told TV critics at TCA. There are “no male gazes” in the show; it is entirely about the women, looking outwards at their world. To that end, the team of producers, directors and writers is nearly entirely female, which, EP Debra Hayward said, “influenced the show in the way we wanted it to.” I look forward to seeing what these women bring to the next season.