Brennan: [to Booth] You seem uncomfortable. Does his size make you self-conscious?
Booth: Bones.
Brennan: It’s a condition: skeletal dysplasia. Pseudoachondroplasia or S.E.D. congenita?
Booth: Bones!
Brennan: What?
Radswell: Dr. Brennan, I can see that you’re a straightforward person. And as much as I appreciate that quality, what you’re asking me is neither your business nor relevant. 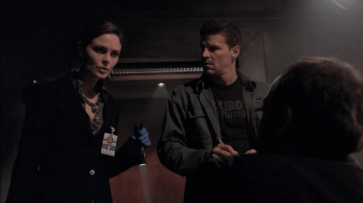 I am turning into a bit a of a “Bones” junkie. In just two sick days I’ve cleared through the first 25 episodes. Today I was watching an episode in which Dr. Brennan asks a little person, Mr. Radswell, some inappropriate questions about his condition and he politely but firmly reminds her she has no reason to ask. Couldn’t help but draw some parallels to my own experiences.

There is a lot of curiosity about people who are atypical. Being trans seems to draw out a kind of curiosity similar to what Dr. Brennan displayed in her interactions with Mr. Radswell. For example, in a comment on my introductory piece for Autostraddle, someone asked me if I’d had “the surgery.” My piece had nothing to do with surgery and certainly did not directly solicit questions of this nature. And yet, I was not surprised to have been asked. This type of inappropriate questioning is incredibly common. People ask all sorts of invasive questions.

They are curious. And to a large degree, rightfully so. Until recently, the media has presented us as all but non-existent. And when learning about gender and sex in schools, most of us don’t hear one word about any sort of gender- or sex-variance. So we humans are an uneducated mass when it comes to trans issues. We meet someone who has at one point volunteered their trans status and here’s our opportunity to learn everything.

Ah, except that person is a person, not a textbook. And to borrow from “Bones,” what we are asking is neither our business nor relevant to our relationship with that person.

A lot of non-transgender people have asked me what is and isn’t appropriate to ask trans people. I think the relevancy test is a good place to start. As much as you might want to know when they started hormone replacement or how their parents are handling “it” or what kind of surgery they want to get, if the answer does not impact your relationship with them, don’t ask the question. And to be honest, that means most questions are off limits in most every situation.

Here is the exception: if someone invites people to ask questions. I like to be as open about my transition and about trans issues as possible, because it is an opportunity to be an education resource for people who otherwise might not have one. It means you have to have a thick skin and I think it is completely acceptable to not be as open as I am. But there are plenty of trans people who are.

So let’s say you are a non-trans person and you are with someone who is out about being trans and is knowingly open to questions. You have some things you want to ask. Here are some guidelines to follow. 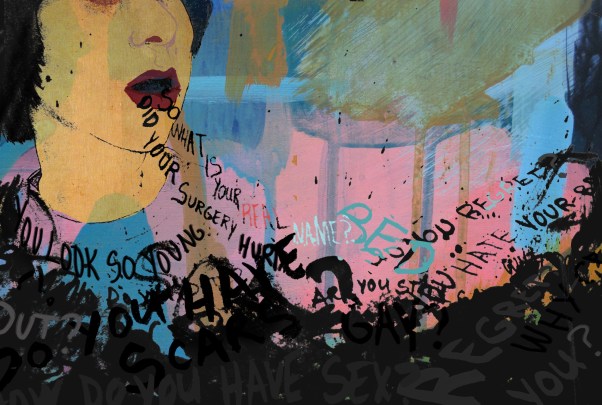 1. Ask permission to ask questions. Even if you think you know they are comfortable answering, they may actually not be or maybe not in that setting, and it is just rude and pretty off-putting to not ask. Say, “Hey do you mind if I ask you some things about your transition? I’ve been a little curious – feel free to not answer or say no.”

2. Avoid private and personal questions. Even a so-called open book like me doesn’t want to discuss my sex life with most anyone. If you really want to know about trans men and sex, ask in general terms – i.e. “Are many trans men ‘stone butch’ in bed?” vs. “Are you stone butch in bed?” BIG difference.

3. Do not ask questions that in any way challenge the trans person’s gender identity or expression or could obviously lead to dysphoria. Do NOT, for example, ask if a trans man will grow to be ‘average male height’ or if a trans woman is uncomfortable with the size of her hands. I’ve gotten, “Are you ever going to look your age?” Ouch, honey.

4. Phrase your questions in a way that affirms a trans person’s gender. And avoid anything that defines the trans person in terms of who they once “were.” This is pretty simple, actually. Instead of asking if someone is “still legally female,” ask what the steps are to becoming legally male and if they have completed them.

5. Avoid comparisons to non-trans people and never use the term “real” in distinguishing between transgender and non-transgender people. “Cisgender” or “non-trans” are the only appropriate ways to signify non-trans status. 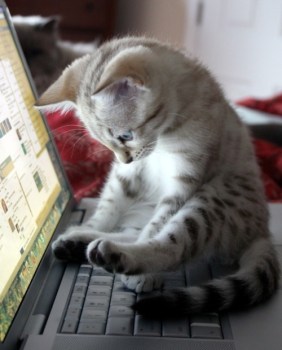 6. If it is a general question, try Google first. There is a lot of information on the internet and an open trans person should not be a stand-in for your own research.

7. Do not ask what the person’s birth name was. There is absolutely no reason for you to need to know this and it is likely something this person wants distance from. It is a particularly offensive question when phrased, “What is your REAL name.” After all, Sebastian is my real name and has been since I started asking people to use it.

8. Request specific permission to ask questions relating to genitalia, even if you’ve already received general permission to ask other personal questions. “Are you comfortable discussing your genitalia?” Chances are they aren’t. After all, do you want to talk about yours? But some people are and I acknowledge that there is definitely education needed on the topic so I am not opposed entirely to asking questions, as long as you get extra permission first.

9. Be wary of your phrasing. If you aren’t sure how to talk about trans issues, you need to announce that in the beginning. Be open to correction and don’t get defensive if a trans person is offended by something you say. As a heads up, don’t refer to a trans person as their previously-assigned gender – don’t say “when you were a girl” to a trans man for example. A more accurate and safer route is “before you transitioned” or “when you were living as a girl.”

10. Be aware of your setting. These are private conversations. Don’t approach someone at a crowded party or in algebra class and expect them to have a trans chat with you.

11. Be sensitive to the person’s comfort level throughout the conversation. If they’ve given you permission but are obviously growing uncomfortable discussing things, don’t press. Be grateful for the information you’ve gained and change the subject.

12. Respect the person’s privacy. Unless this person stated otherwise, the personal information they gave you is not for you to share with the world.

Of course, this list probably doesn’t cover everything. If you have any questions about tactful and appropriate question-asking hit the comments! I’ll respond!