Over the next year or so, two major films focusing on transgender characters will be making their way into theaters. One, The Danish Girl, will focus on Lili Elbe, often thought to be the first person to undergo genital surgery to alter their physical sex. The other, Three Generations, will focus on a young trans man’s journey through transition while his family copes with the news. Sounds great, right? Hollywood is finally taking an interest in trans characters, and these are opportunities for increasing trans visibility. But, in a frustratingly predictable plot twist, the focal trans person in both films will be played by… dun dun dun… cis people! That’s right, Eddie Redmayne will play Elbe, and Elle Fanning will play the lead in Three Generations.

Of course, there’s a long history of trans people being portrayed by cis performers in film and television. Hillary Swank in Boys Don’t Cry, Felicity Huffman in TransAmerica, and Jared Leto in Dallas Buyer’s Club all earned significant accolades for their portrayals of transgender characters. All three of them were nominated for Academy Awards for these roles, and Swank and Leto both took home an Oscar statue. Jeffrey Tambor is currently receiving piles of praise for his role in the new Amazon series Transparent, and is already been hailed as Emmy-worthy performance. Let’s face it, playing a trans character is basically award-bait for cis actors. But, why aren’t these groundbreaking roles going to trans actors instead?

In the grand scheme of things, it’s been a really good year for trans visibility. Laura Jane Grace released her incredible True Trans documentary series on AOL Originals last month. Laverne Cox’s documentary on trans youth, The T Word, just came out over on LogoTV. Former Navy SEAL Kristen Beck released a best-selling memoir about her transition. Fashion Model Andreja Pejic will be releasing a documentary about her experiences. Hell, even Tyra Banks is producing a trans-focused documentary.  Considering how completely ignored and invisible the trans community has been for so long, it’s extremely encouraging to see so many of our stories coming to light. So, what gives? Why is it that we can get all kinds of documentaries about trans people, but we can’t get trans actors playing trans characters? 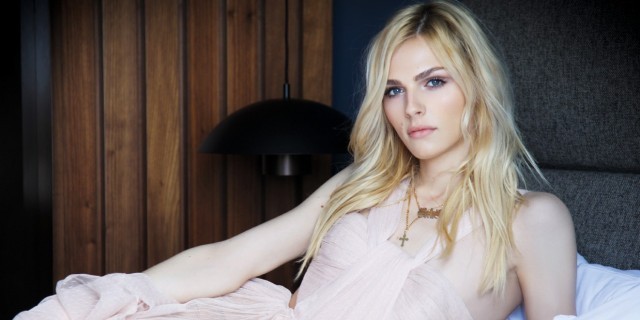 I think it’s a problem of audience, money, and exploitation. In general, documentaries are seen by fewer people — documentaries that appeal to massive audiences are few and far between. Plus, they’re considerably less expensive to produce than a feature film. With those things in mind, it’s relatively easy to green light smaller documentary projects like the ones we’ve seen cropping up all over the place in the last year. It’s safe to show real trans people in a documentary. Even if it makes a lot of people uncomfortable, you aren’t out a ton of money. A big budget film is an entirely different situation. Hollywood is clearly sitting up and taking notice of the increased attention being paid to trans experiences. But this makes it even more clear that all that mainstream filmmakers are more interested in trans stories, but not exactly very interested in actual trans people. What we’re seeing from Hollywood is not a celebration of trans lives, but instead an appropriation and exploitation of trans identities.

In current entertainment climate, there’s a degree of hip-ness, of dare-I-say sexiness, to projects that include LGBT themes, and transgender themes in particular. For decades, the wider public has harbored a degree of fascination with lives of LGBT people because of their “otherness,” and films with LGBT themes provided voyeuristic windows into lives and cultures that remained a relatively mystery to the straight public until very recently. While there’s been a large degree of assimilation of gay and lesbian culture over the last 10-15 years, the experiences of trans people are still quite novel to a great number of people. After all, the vast majority of people now have at least one LGB person in their lives, but only a small percentage of the world is aware of any trans person within their immediate sphere of reality. Given that, there’s still a lot of curiosity and fascination about us in the public mind, for good or for ill. The problem is that the cis, straight world is still deeply uncomfortable with trans people. We’re still so powerfully othered by mainstream culture that many people are made profoundly uncomfortable by seeing or interacting with actual trans people. Ask any trans person about the characteristic shifts in facial expression and body language of most cis people when they disclose being trans if you need confirmation of this fact. With that in mind, it’s somewhat clearer why there has been only minimal movement towards casting trans performers to play trans roles in films geared to large audiences. While Hollywood is happy is exploit the public’s fascination with trans experiences, they’re not willing to risk their film budgets to elevate the standing of trans actors because they need to sanitize the film experience to ensure the comfort of their cis, straight moviegoers.

The media as a whole has a pretty upsetting history of exploitation the fascination of the public with trans people for attention, even when it involves spitting on the dignity of murder victims. In many ways, it feels like that’s what films like The Danish Girl and Three Generations are doing — using the spectacle of a trans character as a marketing ploy, and I think the trans community is right to be skeptical about these films. Despite his Academy Award for the role, Leto’s performance in the Dallas Buyers Club was a disappointing, highly-stereotyped, and fairly offensive portrayal of a trans woman. But, while I have some seriously mixed feelings about the casting of Tambor in Transparent, I must admit his portrayal of a trans woman is nuanced, sensitive, and touching. Transparent director Jill Soloway deserves a lot of credit for casting all of her other trans characters with trans performers, and working to bring several trans writers on board for the next season. We’ll simply have to wait and see whether Redmayne and Fanning fall into the Tambor or the Leto camp.

Of course, things aren’t all gloom and doom for trans performers. We’ve got Laverne Cox being absolutely amazing as Sophia on Orange Is The New Black. We’ve got amazing folks like Alexandra Billings on Transparent. Both shows have been wildly successful. There are also really awesome things bubbling up out of the independent film world. Currently making the festival rounds is the film Boy Meets Girl. It stars an actual trans woman, Michelle Hendley, as a young trans woman named Ricky who is beginning to explore the complications of dating for the first time. In an interview, director Eric Schaeffer explains why he felt it was important to cast a trans actress for this role:

“I also wanted to make sure every moment of this story rang true and was never false. Doing a lot of research in the transgender community taught me a tremendous amount and taught me there are many differing viewpoints within that community about certain issues. Having a transgender actress play the part made me feel confident that while the story could not reflect every transgender woman’s experience, at least I would not be making up an experience from my imagination that was not vetted by a transgender woman so I could make sure it was at least germane and authentic to her experience and therefore valid.”

Boy Meets Girl has received excellent reviews from its first festival screenings, including glowing praise for Hendley’s performance. (We liked it here at Autostraddle, too.) So, we can get supporting trans performers in hugely successful TV shows, and we can get transgender leads in indie film. It’s about time for mainstream filmmakers to move into the present day and cast their trans characters with trans performers. 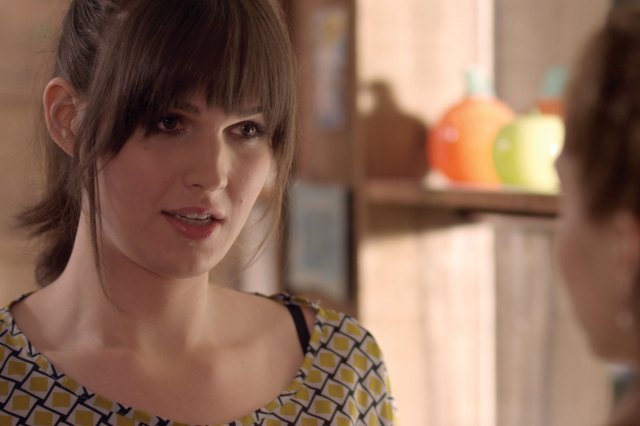 Michelle Hendley in Boy Meets Girl via the film collaborative

It’s disappointing and frustrating to see that Hollywood is ready for trans characters, but still almost completely closed to trans actresses. The directors of The Danish Girl and Three Generations had the opportunity to take a real step forward for trans inclusivity, and to potentially launch the careers of one or more trans actors. Instead, they chose to simply exploit trans experiences for benefit of the acting careers of established cis performers, and of course, their own bank accounts. Directors and producers taking on projects that feature trans themes would do well to study the ways that Soloway and Schaeffer tackled the subject matter, and focus themselves on including trans people in their process, particularly if cis actors are cast in trans roles.