Last night a musical extravaganza took place in Los Angeles, California, occasionally punctuated by various well-dressed, unusually attractive humans announcing the “winners” of assorted musical awards and then handing a large statue to the winner of the award. As I believe we touched on last year, the Grammys are total nonsense.

This year’s ceremony included excessive quantities of country music, hyperbolically hyped performances (hope you caught Dr.Dre/Eminem because it’s going to show up in your AP History class next year, seeing as it is so f*cking HISTORICAL), an especially smarmy-looking John Mayer, a plethora of gratuitous Nicole Kidman-centric crowdscans, a cornucopia of “upsets” (Best New Artist, Album of the Year, etc), Adam Lambert not winning a Grammy or making out with anyone on stage, and Lady Gaga arriving inside a giant egg.

Ten Things Worth Noting About the 2011 Grammy Awards:

Who the hizell is Esperanza Spalding? Well, it’s not Justin Bieber, that’s all we needed to know. 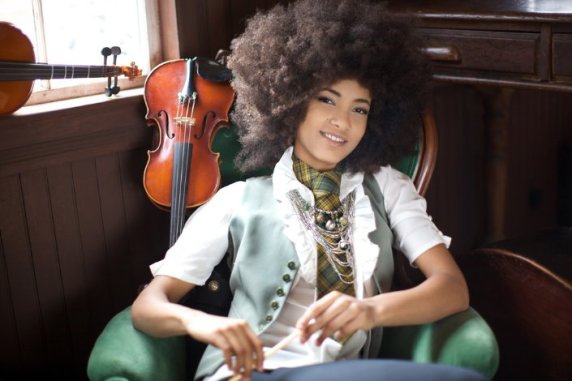 No but for real, Esperanza Spalding surprised everyone by winning Best New Artist — making her the first Jazz Artist to do so. I haven’t been this surprised since the last time Taylor Swift won a thing. 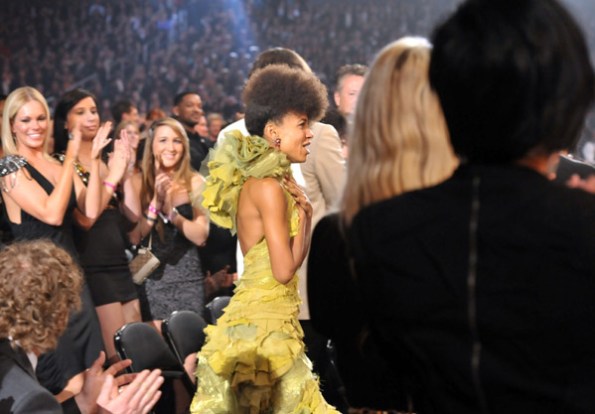 However this win didn’t go over as well backstage as it did in our living room:

When Spalding made her way back to the media room at the Staples Center, she had no mercy for the competition, especially Justin Bieber. “He’ll have many more years and many more nominations, so he’ll be straight,” she said when asked about beating the teen pop sensation.

Bieber’s devoted acolytes didn’t take her victory so lightly. In dozens of changes to Spalding’s Wikipedia page, Beliebers attacked the singer/bassist, with the most glaring being this gem: “JUSTIN BIEBER DESERVED IT GO DIE IN A HOLE. WHO THE HECK ARE YOU ANYWAY?” On top of that, people changed her middle name to “Justin” and then “Quesadilla.” Another Rhodes Scholar among the vandals went on to call Spalding a “reatard,” which probably has nothing to do with the late Jay Reatard.

A Little Bit More About Esperanza: Esperanza Spalding is a half-black, half-Welsh/Hispanic/Native American 26-year-old jazz singer and bassist. Growing up in a rough part of Portland, Oregon, raised by a single mother, she was inspired to become a musician when she saw Yo-Yo Ma on Mr. Roger’s Neighborhood. She studied and taught at the Berklee College of Music, released her first album in 2006, and her 2010 record, “Chamber Music Society,” is currently holding court in the iTunes Top Ten following last night’s win.

Here she is performing at the White House. You know this song because of Lauryn Hill. 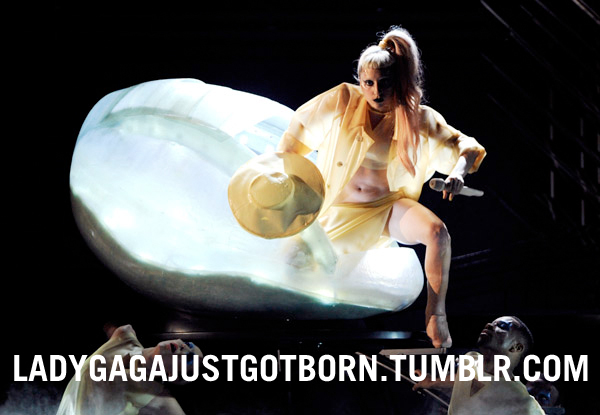 I’ve got “Born this Way” stuck in my head for life now — and as usual, Lady Gaga’s performance warmed me up to this tune in a way I’d not felt prior. Thoughts? 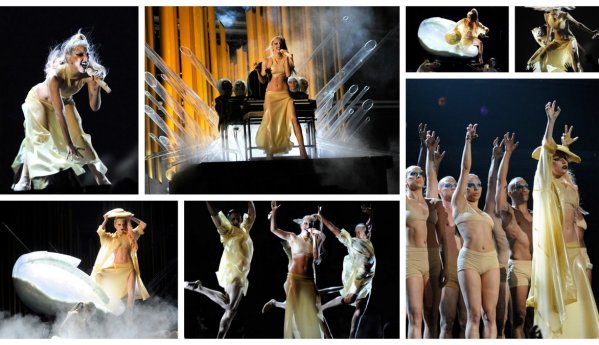 These kids are at everything now. It’s like a thing. Is Glee a thing? We hadn’t noticed. 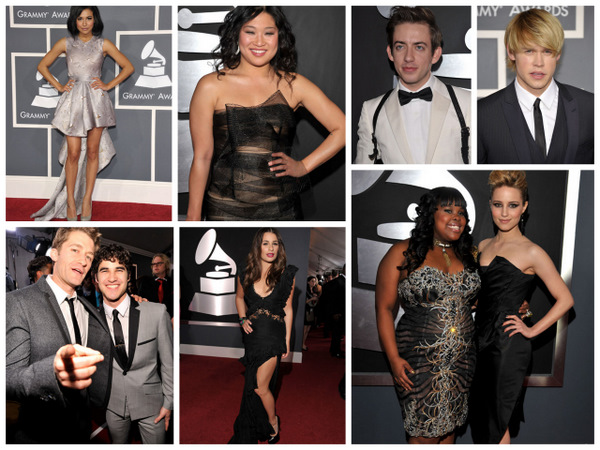 4. Why Does Katy Perry Exist 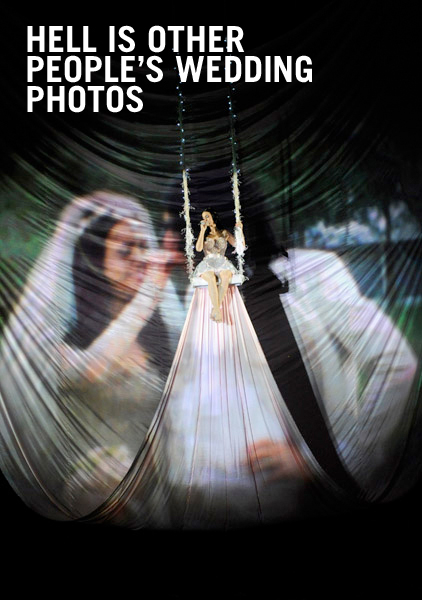 You know when your friend fancies him or herself a singer and starts singing along to some ballad on the radio in a way that makes you feel both bored and strange? You know when your friend subjects you to their wedding photos even though you already saw all the parts you cared about on facebook? Katy Perry combined both of those things last night and called it a “performance.” Katy, go get a giant lollipop and a short skirt and some hyper-pop beats from hell and some gay back-up dancers and show us what you can do because what you can do is not “sing ballads,” it’s “be in music videos.”

5. This Year was The Year of the Most Annoying Fucking Songs Of All Fucking Time

If you thought “It’s a Small World” was difficult to get out of your head after tripping balls through China and Russia and the USA in Disneyworld on a raft, then the Grammys have probably turned your head into a psychotic pulsing mound of I CAN’T GET THIS FUCKING SONG OUT OF MY HEAD.

Songs I Can’t Get Out of my Fucking Head:

Bruno Mars “Nothin’ on You” (nominee, Record of the Year)

Lady Antebellum “Need You Now” (winner, Song of the Year)

Gweneth Paltrow and Cee-Lo, The “Forget You” version of “F*** You” (nominee, Song of the Year)

I don’t know anything about fashion, as is evidenced by the two fashion articles I have penned for this website: Top Ten Sweatpants and How to Not Dress for Success: Top Ten Fashions For Being Alone in Your Apartment. But that won’t stop me from trying. Nobody wore sweatpants, btw. 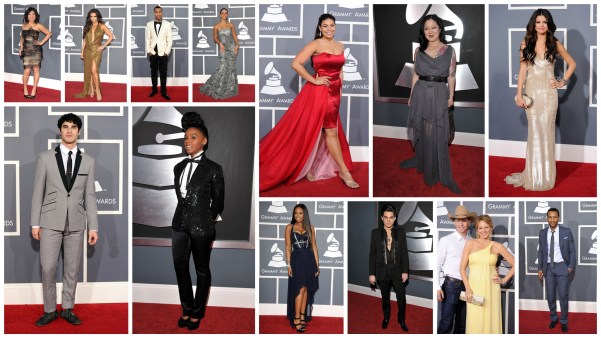 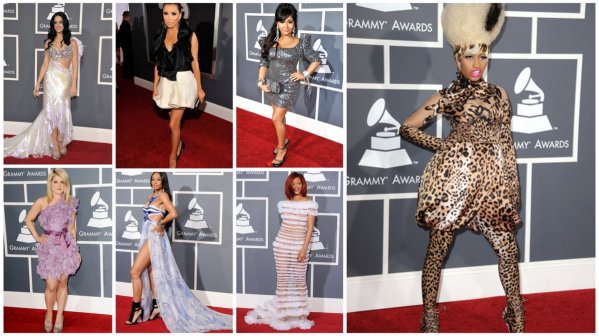 These Fashions I Am Unsure About, Open to Input: 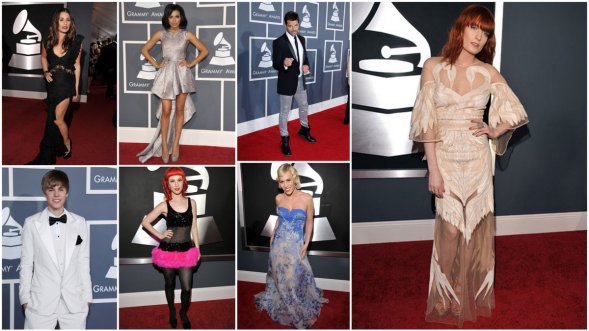 Want your musical performance to be not only bearable, but impressive? Try a muppet. Cee-Lo as Elton John meets the Enchanted Tikki Room meets Muppets in Space was the highlight of the evening.

Let’s be real clearly I didn’t pay attention to the Grammys last night. But I found some cute photos: 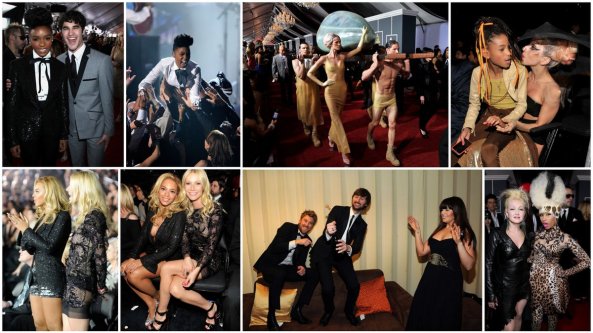 These are my favorite Combos: 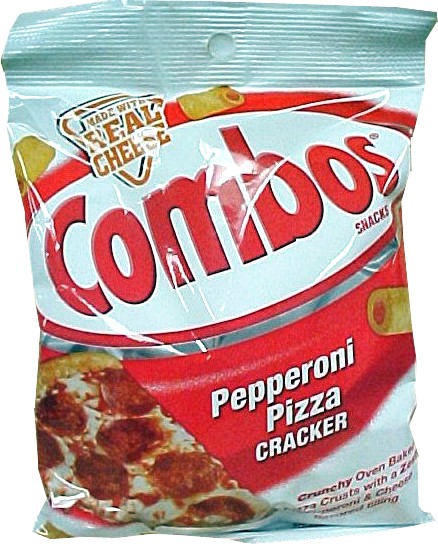 But I also enjoyed these combos: 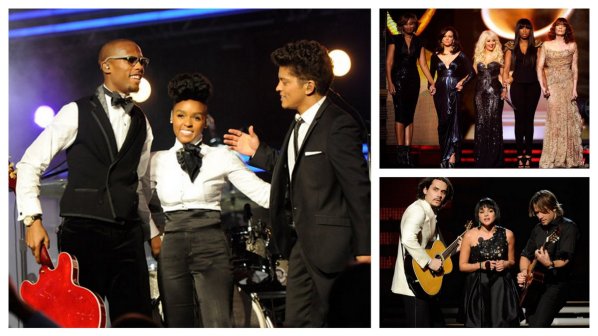 10. FYI These Are the Winners 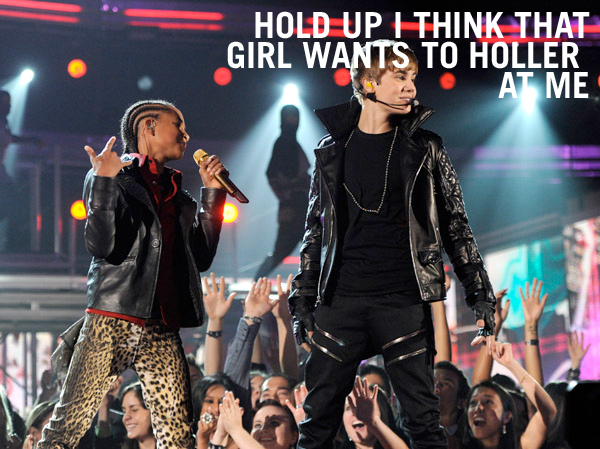 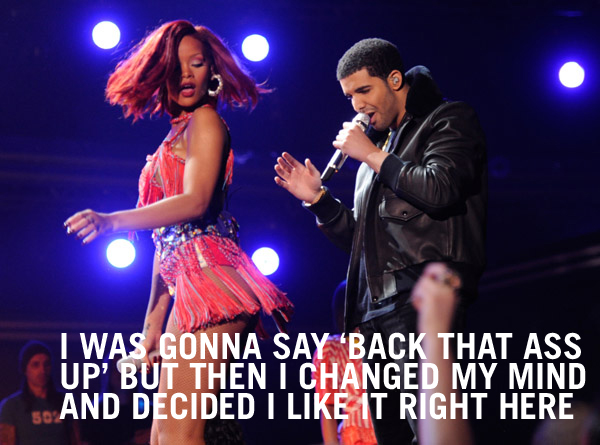 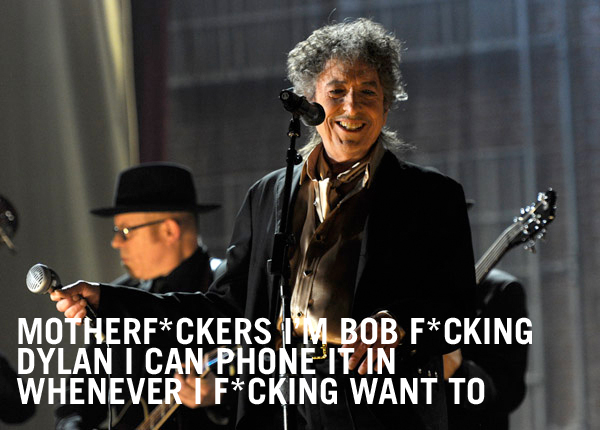 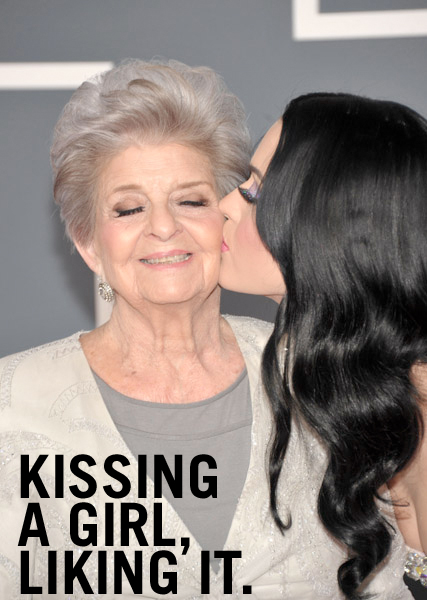 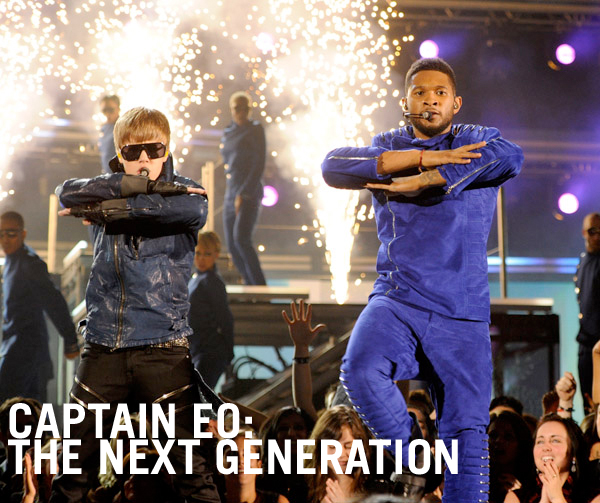 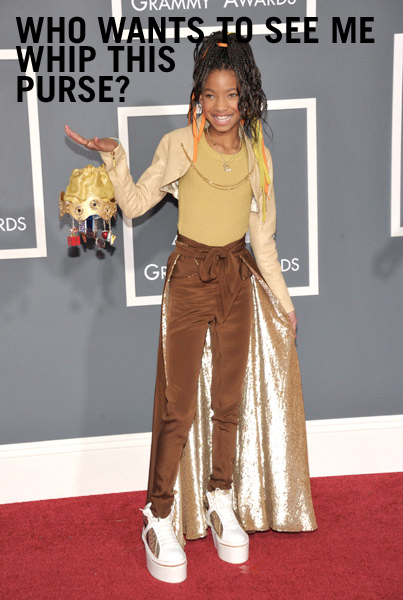 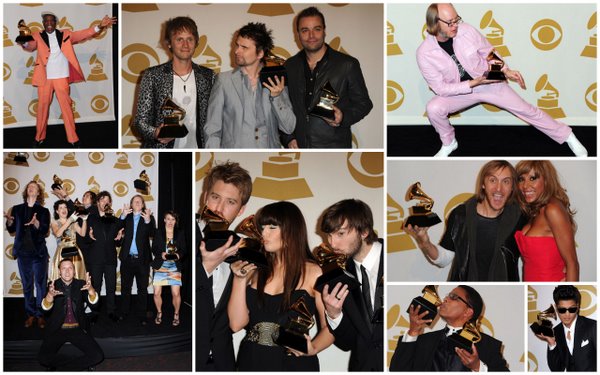