If I had my say, the award for Best Comeback of 2012 would not be bestowed upon the new gender-neutral Easy Bake Oven or even the nightmarish Furby redux. And despite being in mad, masochistic lesbian love with every track on The Idler Wheel, the title wouldn’t even go to Fiona Apple.

It would go to sass. 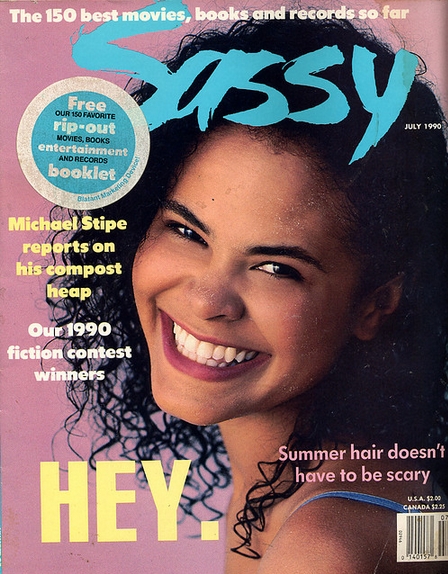 Aside from being the namesake of  one of Autostraddle’s favorite magazines, sass is in my blood, as is the case for many Southerners. From “bless your heart” to “kiss my grits,” we’ll argue that sass never went out of fashion down here. In our minds, everyone’s finally catching up to speed with us and not the other way around.

You might be asking: What the hell is sass, anyway? Who has it? How do I get it? Do I even want to get it? Should I be getting vaccinated against it instead?

Sass’ origin is much easier to pin down than its definition. Dating back to the early 1800s, the term is a fortunate bastardization of the Brit English word “saucy.” In the saucy-versus-sassy debate, I am a huge proponent of “sassy.” The notion of telling someone I’ve had just about enough of your sauce just sounds nasty.

While sass is typically associated with the feminine and the flamboyant, this isn’t always the case. It has more to do with semantics than aesthetics. Sass transcends appearances, so much that the sassiest of comments have been known to fly out of the most reserved mouths. While “bitch please” eyes and Z-snaps are frequently associated with it, sass is purely linguistic. It’s about rolling provocative words off  of the red carpet of your tongue at the precisely right moment, aimed at the precisely right person. A matter-of-fact hand on a hip might drive a point home, but ultimately it’s all about the mouth (yes, I went there).

Without the whipsmart, occasionally self-deprecatory comebacks that are so unique to them, Dolly Parton would just be another country singer in a skintight dress; and NeNe Leakes, a yawnable reality teevee star. The term “smartmouth” is often interchanged with “sassy,” and for good reason: Sass requires a certain amount of interpersonal and linguistic intelligence. Quality sassy comebacks tend to be quick, nonchalant, and completely unanticipated.

Sass is a gumbo of varied literary devices, from double entendre to irony to assonance and maybe a hyperbole or two thrown in for good measure. A sassy remark might be one sentence long or three; the recipe varies from occasion to occasion. A new spin on an old saying may be used, or the dish could wind up containing an expletive or two (good sass should be able to stand on its own without relying upon a dash of profanity to enhance its flavor, however). Sass might sound repulsive in theory, but it always smells and tastes nothing short of amazing in person.

One of the reasons I think Southerners are so darned good at sass is because most of us have taken a prerequisite course in hospitality. If you’re gonna sass, kindness, or at least the illusion of it, is a must. Southern folks are well-aware that a sassy remark coming from an accommodating person with a very long fuse is more effective than one coming from a person who explodes in anger on a daily basis. This is why my own Mama was able to call me earlier this summer and sigh despairingly, “I was afraid you were gonna want to be a writer when you were three years old and rhymed ‘duck’ with ‘f*ck.'” 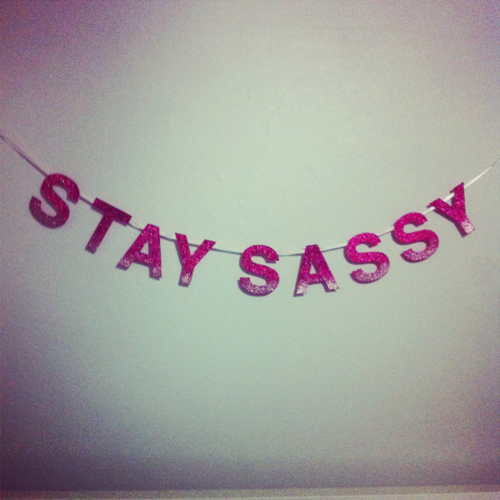 Sass is deliberately offensive, yes, but never abusive. However, the historical consequences for being sassy have been anything but, particularly if one happened to be a person of color and living in the South.

While the harshest punishment I’ve ever received for sassing was a half-hearted threat of having my mouth washed out with soap when I was five, it wasn’t that long ago that keepin’ it sassy could get you killed. The scene in which Sofia is thrown in jail for “sassing a white woman” in Alice Walker’s The Color Purple is not an exaggeration. Tuskegee University records show that, between the years of  1882 and 1952, the charge of “sassing a white individual” resulted in numerous lynchings in Alabama, Arkansas, Florida, Georgia, Louisiana, Mississippi, South Carolina, Tennessee, Texas, and Kentucky.

As someone whose existence is an ongoing, often stumbling exploration of what it means to be biracial, my sass takes on an entirely new meaning because of my regional history; my sass becomes political. I mouth off with the acute awareness that words coming out of me, no matter how cleverly crafted, might’ve been silenced by death half a century ago. The same holds true for outspoken female-bodied and queer folks who would’ve been accused of talking back, impudence, or even insanity in a previous era. 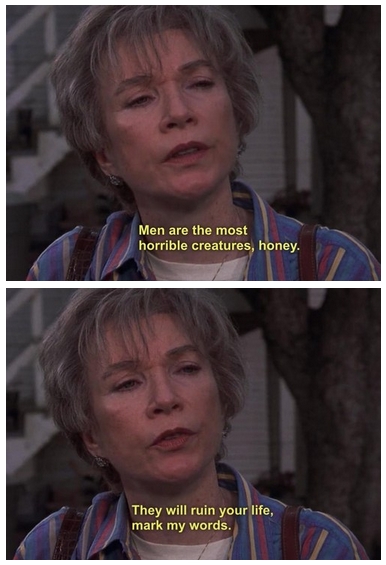 I don’t think it’s any coincidence that the sass masters in my life have been racial, gender, and sexual minorities. Sass is a nod to those ran off at the mouth before you did, often to grave consequence. Sass is the language of the oppressed and the downtrodden; those who have had it up to the gills and aren’t going to take it anymore. Sass is a way of spitting fire when all you really want to do is fade to embers. It’s both fine art and survival skill, wrapped up in a four-letter word which isn’t one.

If you happen to be a minority, sass isn’t just sass.