Obama and his administration have been, to most liberal ways of thinking, on fire lately. DADT is over. Deportations are being more carefully reviewed. To a lot of liberal voters, he’s looking more and more like the man they elected back in 2008. What’s behind his sudden reprise? Kerry Eleveld thinks it’s because someone finally got angry at him— namely, the gays. Eleveld says that the motivating factor for Obama to maintain the progressive principles that won our support in 2008 is being goaded by the activism of the progressive community. When he’s faced with the anger of people like the National Council of La Raza, as Eleveld’s article explains, he’s motivated to do something like work towards suspending the deportation of immigrants who ‘pose no threat to personal safety.’ Which is an interesting proposition — in terms of the 2012 election, it’s hard to say whether the progressive bloc will be Obama’s best bet for re-election. But most interesting of all is that Eleveld feels like the queer community were the pioneers of the old-is-new-again Obama administration — that our activism over the past year has led to the repeal of DADT, but also to a culture of demanding change, and therefore getting it.

Maybe it’s because we were tired of paying the same taxes and not being able to pursue our happiness with equal fervor. Maybe it’s because for decades we had been told by Democrats, “Elect us and we’ll help you,” yet we had only seen discriminatory measures like “Don’t ask, Don’t tell” and the Defense of Marriage Act enacted into law. Maybe it’s because once your intelligence has been insulted flagrantly enough and your humanity denigrated deeply enough, you’ve got nothing left to lose. Whatever it was, many lesbian, gay, bisexual, and transgender Americans had had enough. 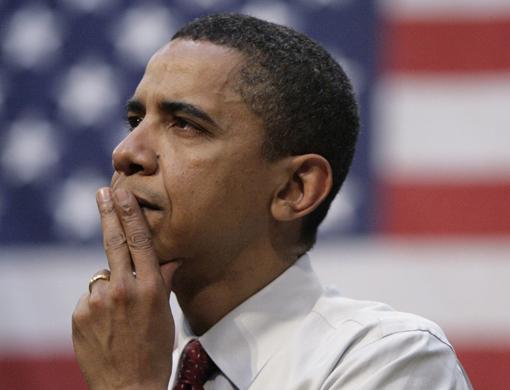 Activists like Dan Choi, GetEQUAL and Queer Rising have incited controversy and debate, with their daring and demanding planned actions around DADT and marriage equality standing in stark contrast with the more patient and cooperative approach espoused by organizations like HRC. As Eleveld notes, plenty of people, queer ones included, felt like alienating Obama and his administration with angry protests when he remained the closest thing we had to a supporter was a bad idea. But if Eleveld is right, then not only did it work, but it’s provided a model for others to demand change as well. Months ago, Dan Choi and other gay veterans made headlines by handcuffing themselves to the White House fence in an act of civil disobedience intended to result in arrest. Eleveld points out the group of environmental activists who flew themselves into DC to be arrested in an “elaborate protest” outside the White House back in August; in the end, roughly 1,252 arrests were made. Is it because of a trend of openly expressing politicized anger with tactics that recall the protests of the 60s and 70s begun back in 2010 by gay veterans? It’s possible, and it’s honestly flattering to think so. It would be nice for the blood, sweat and tears shed by generations of gay activists, from the Mattachine Society to Stonewall to the angels of Laramie to finally get credit for something. But what Eleveld identifies it as is “the  beginning of dawn — the start of a new era fulfilling the promise of America for the GLBT movement.” The end of DADT is an unquestionably good thing, and it’s hard not to feel at least encouraged by the DoJ’s refusal to defend DOMA, and it’s probably impossible to ever know for certain what motivated the upper levels of government to make those changes. But it also doesn’t feel like quite the whole picture to paint Obama as a stereotypically reticent politician who’s turned out to be unwilling to fulfill his promises to our community. Back in June, Obama’s administration released a helpful infographicof what he’s been able to achieve for the gay community. A selection:

A National Resource Center for gay and lesbian elders. Ensuring that trans people can have accurate passports. An Institute of Medicine study on LGBT health. Clarified that the Family and Medical Leave Act includes LGBT families. Ended the ban on people with HIV/AIDS entering the country, and proposed more funding for HIV/AIDS prevention and education, as well as bullying and suicide prevention. Put millions of dollars of federal funds towards supporting homeless LGBT youth.

It’s true that two things — the end of DADT and some major work against DOMA — happened later on, and after a certain amount of protesting was ratcheted up. But does it follow that he would have copped out on following through with them otherwise? We’ll never know for sure, but Obama’s track record doesn’t necessarily imply a distaste for dealing with queer issues. If anything, it seems like he’s been really willing to engage with issues that actually affect the day-to-day needs of our community, whereas while the principle obviously matters, DADT and DOMA only affect part of our population. Did planned protests outside the White House single-handedly end DADT? It’s possible. But do they account for Obama’s entire track record with the gay community? No. Everyone’s relationship to the current President will shift as the election creeps closer; already some of the people who helped him get elected are joining those protesting his administration’s decisions. Obama’s top youth lieutenant from 2008 was among those arrested this August while protesting an oil pipeline he has the authority to approve or veto, Eleveld reports. Protests and demands for our needs to be recognized, for DOMA to finally end, won’t go away. And there’s no reason they should — it’s unquestionably our due. Will it change Obama’s decisions as president? We have a year to find out.