Bring on the song and dance for the day has arrived! Don’t Ask, Don’t Tell is officially repealed today. Thank you President Obama, and the many people who have worked so hard to make this happen. (Katie Miller, you know we are talking to you.) 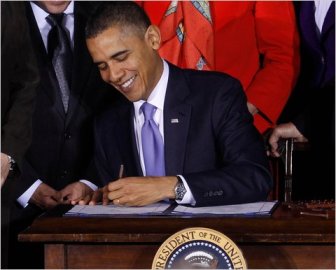 The policy forcing lesbian, bisexual and gay soldiers to remain closetted which has been in place since December of 1993 is officially over.  We’ve been counting down the days, and now it’s time to celebrate! Jezebel has a bunch of cute pictures of people kissing, hugging, holding babies, and doing other things that people might do when they’re really happy about the end of a really oppressive law. 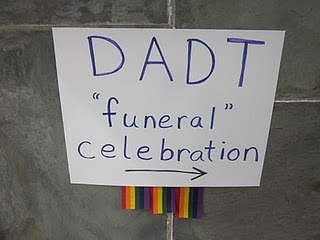 So we’re coming out! We want the world to know! Like this guy who came out to his dad on the phone and shared it with the world:

And this 25 year old Air Force officer “J.D. Smith” who has been using an alias while travelling to advocate for the repeal at the White House, the Pentagon and around the country. Meet Air Force First Lt. Joshua David Seefried: 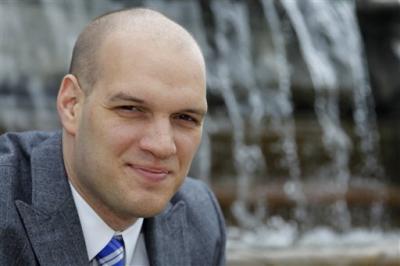 Huong T. Nguyen, a soldier dismissed under DADT,  wrote a post yesterday for the National Center for Lesbian Rights on their blog Out for Justice of what the repeal of DADT  means to her:

Tomorrow, like most Americans, I will wake up early and help my kids get ready for school before I grab coffee, get dressed, and drive to work. Nothing exceptional will happen for us—except I will remind my kids of DADT’s official demise. Their reaction will likely be: “Mom, isn’t this old news?”

But tomorrow, in thousands of households across the world, American lesbian, gay, and bisexual soldiers and their families will let out a big collective sigh of relief. Their lives will be much more secure, and the pressure of having to monitor every statement and action will be gone.   Starting tomorrow, an Army medical officer, home after her second tour in Afghanistan, could be greeted with public displays of love and affection at the airport by her wife. A Navy mechanic could name his husband as his emergency contact without fear.

A Marine officer could bring her girlfriend to the yearly Marine Birthday Ball. Civilians and straight soldiers alike take these life events for granted, but the repeal will usher in significant, tangible changes in the lives of lesbian, gay, and bisexual soldiers and their families. 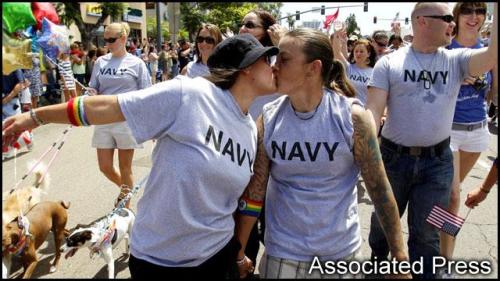 Activist Lt. Dan Choi says he’s already scheduled an appointment with a military recruiter to talk about reenlisting, but hopes that everyone continues to fight so that all benefits available to straight soldiers will be extended to their LGBT comrades. If Obama keeps on keeping on, that just might happen sooner than we think.

Of course there is still much headway to be made in addressing LGBT rights in the military community, but for today let’s appreciate the progress that has been made! 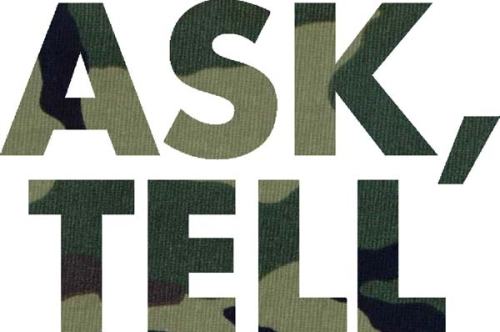