The study, which was conducted by NYC & Company and the City Clerk’s Office, suggested that with 67% of these couples holding wedding receptions at venues across the five boroughs, “same-sex marriages generated significant additional revenue for New York City’s tourism industry.”

Mayor Bloomburg made the annoucement alongside City Council Speaker Christine C. Quinn, NYC & Company CEO George Fertitta and New York City Clerk Michael McSweeney. “Marriage equality has made our City more open, inclusive and free — and it has also helped to create jobs and support our economy,” said Mayor Bloomburg. “Now that we’ve achieved marriage equality, more and more couples from around the country and around the world are coming here to get hitched.” 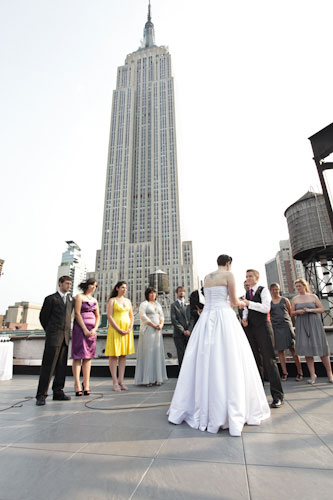 All along, LGBT people have known that the passage of the Marriage Equality Act by the New York State legislature last year would have a positive impact on all New Yorkers lives. For LGBT people, marriage equality obviously has a direct, personal impact but it has also been good for New York’s economy. And that is good for all of us. I am so pleased that New York has taken the lead on this issue which I hope in a few years won’t even be an issue anywhere else in this country.

So let’s do the numbers. Of the 75,000 marriage licenses issues, 8,200 of them, or approximately 10.9%, are assumed to be issued to same-sex couples. New York no longer requires genders on their marriage licenses (and isn’t that lovely for genderqueer folks) so the details are actually more complicated. For those who voluntarily supplied their genders, 58,136 were heterosexual couples and 7,184 were same-sex couples. An additional 9,809 couples did not specify genders. Of the 7,184 couples who identified as same-sex, 3,898 identified as gay men and 3,286 identified as gay women. 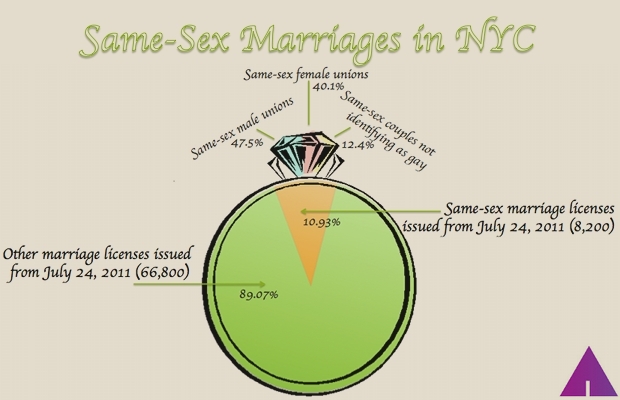 All these extra weddings turned in to big bucks. Form gowns to florists to hotels, the US wedding industry is already $40 billion dollar a year business. Same-sex weddings in New York City drew an additional 296,000 guests, 201,600 of them from outside New York City. More than 235,000 hotel nights were booked and, since this is New York City we’re talking about, to the tune of approximately $275 per night. Additionally, 40,000 wedding announcements were printed and more than 47,000 wedding favors purchased. 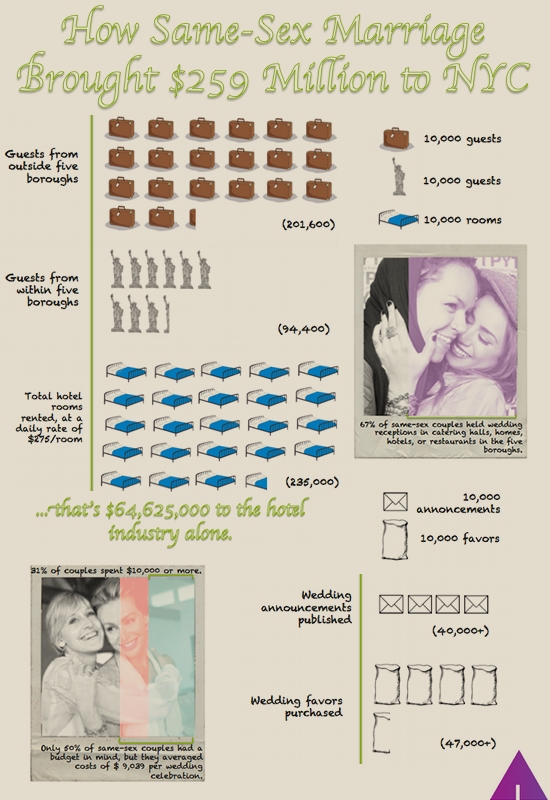 The gay wedding economic boost in New York City is not exactly surprising. A UCLA’s Williams Institute study in 2009 found a similar (though smaller) boost to the economy in Massachusetts five years out from their same-sex marriage legalization. Massachusetts saw $111 million spent on over 12,000 same-sex marriages, and while this may seem modest compared to New York City, Manhattan is the most expensive city in the US to hold a wedding. (By comparison Boston ranks 8th.)

New York City’s gay wedding economy spike could be just that– a temporary boost due to the first year of marriages that will inevitably even out over time. Couples were already holding legally non-binding weddings, and certainly plenty of already partnered folks were finally able to just send in their $40 bucks for a marriage license. Yet, even if it is temporary, isn’t that just what the economy needs right now? Republicans are insisting that we need non-tax related ways to boost the economy, and here is a perfect opportunity for just that. Still, of course 28 out of the 32 Republican senators in the New York State Senate voted against the Marriage Equality Act last year.

Say what you want about equal benefits, but for those of us keeping our eye on the prize, here’s the real deal: no matter how you slice your bride-bride topped cake, weddings are big business and gay weddings are no exception.

Thank you to Intern Hannah for the lovely infographics!