If you live in the Midwestern, Eastern and Southern United States, you are likely either in the midst of, or just finished up one of the worst heatwaves in recent history. My current residence, Baltimore, just broke a temperature record that’s been on the books since the 1880s. When my family and I went to the Tigers vs. Orioles game earlier this month, even my parents, two of the most obsessive baseball fans in the universe, couldn’t stay outside for the whole game. I was the only one in our party who did, and I sustained a nasty sunburn for it.

Normally when the mercury is climbing in Baltimore, I make some quip about how as a native Michigander I’m used to “hot” meaning in the 80s (Fahrenheit) and can’t handle the summers here. But I checked the weather in Detroit on those super-hot days, and it was just as bad! So, in honor of the ridiculously high temperatures, I decided to make a heat-themed playlist. If you’re burning up under the relentless sun, hopefully these sweet tracks will cool you down. 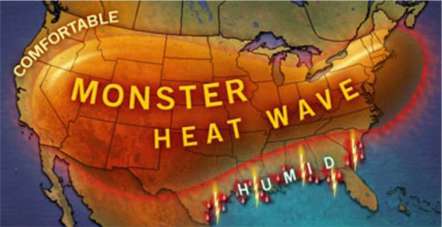 STREAM THE PLAYLIST ON 8TRACKS HERE

(Love Is Like a) Heatwave – Martha and the Vandellas
Blister in the Sun – Violent Femmes
Fire – The Jimi Hendrix Experience
This Fire – Franz Ferdinand
A Question of Temperature – Balloon Farm
White Light/White Heat – The Velvet Underground
London’s Burning – The Clash
Serpentine Fire – Earth, Wind & Fire
Bushfire – The B-52’s
Summer in the City – The Lovin’ Spoonful
Long Hot Summer Night – The Jimi Hendrix Experience
Hot Fun in the Summertime – Sly and the Family Stone
Burning Down the House – Talking Heads

Heatpocalypse 2012 from Autostraddle on 8tracks.

Add your favorite sweltering world tracks in the comments below!

Want to suggest a playlist theme? Hit Crystal up on Formspring and someone from the team will make it for you.