In honor of But I’m A Cheerleader appearing on Netflix today, let’s all take a moment to talk about the possible outlawing of conversion therapy for LGBT teens in New Jersey. 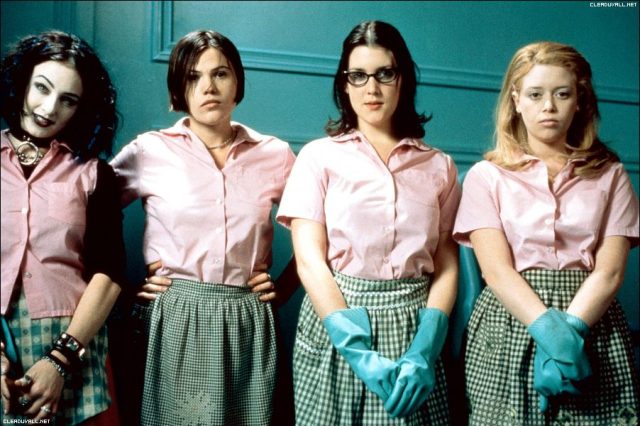 Because wearing rubber gloves will totally cure you of “the lifestyle.” Via Vice

Gay conversion therapy is a unique brand of horrible pseudoscience founded in the belief that no one is born gay, that being gay is a choice and can be unchosen if just given enough couch conversations with bigoted doctors. New Jersey is on the verge of banning the damaging non-therapy from being practiced on those under the age of 18 – the legislation is being put to the vote in the state Senate after waltzing through the Health, Human Services and Senior Citizens Committee with a 7-1 vote in favor of the ban. There’s already a lawsuit concerning ex-gay therapy in NJ; the SPLC is suing the ex-gay practice JONAH for fraud, or promising “curing” results that science has pretty solidly confirmed they can’t possibly deliver.

Governor Chris Christie, notorious Republican Governor and possible 2016 Presidential candidate, thought before he spoke on the issue. Christie said he didn’t have a “hard and fast” position on the issue, but that he thought it might be an exception to his general philosophy of letting parents just parent, without interference from the Government. The next day, Christie said he did not support conversion therapy. He has not yet given an indication as to whether or not he would sign this bill into law, should it pass the State legislature, just that he does not support conversion therapy personally. Chris Christie has been a fairly consistent detractor when it comes to gay issues, and so it’s telling about the efficacy and political popularity of ex-gay therapy that Christie isn’t on board. 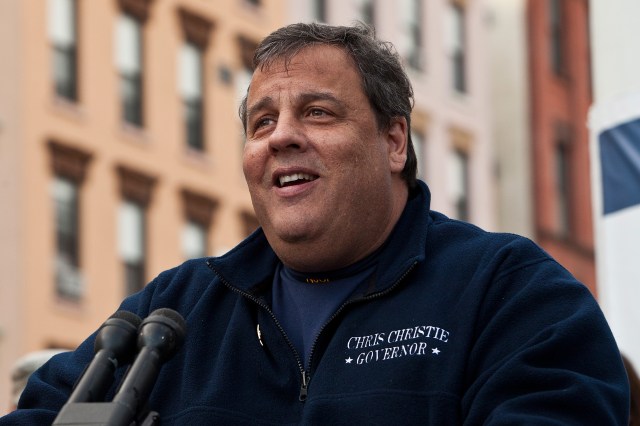 It’s great that he said this and I don’t have to be ashamed of my home state yet again – conversion therapy at best doesn’t work and at worst is very damaging to those it is practiced on. So says The American Psychological Association, American Psychiatric Association, the American Academy of Pediatrics, the American Medical Association, the World Health Organization and even the doctor who originally claimed he proved the ex-gay methodology actually worked at all ever. Last year, Doctor Spitzer apologized to the gay community for his damaging statements:

The USA Today piece on the culture war that is ensuing in New Jersey quoted a few supporters of conversion therapy who testified at the committee hearing, even a few medical professionals who apparently missed the boat when Dr. Spitzer retracted his earlier study and claims. Now I am not an expert in conversion therapy – I am not a medical professional, nor have I ever been miseducated, Cameron Post style. But I did grow up in New Jersey. I grew up in a wealthy, Republican county. In fact, one of the few counties in New Jersey to consistently vote Republican in presidential elections. And based on my experiences there, my perception is that the number of those who support conversion therapy is pretty low in comparison to those who favor the ban. It has been my personal experience in New Jersey that this not a popular stance to take – even one of the anti-gay, ex-gay psychologists speaking for the opposition says she  doesn’t advertise her reparative therapy practice: “This is not a popular position I take.” Opponents of the ban say that it could prevent teens from seeking help from therapists about their sexuality or about sexual abuse, which is bullshit. Here’s the bill – I can’t figure out where it says teens can’t talk to their therapists about sex at all. 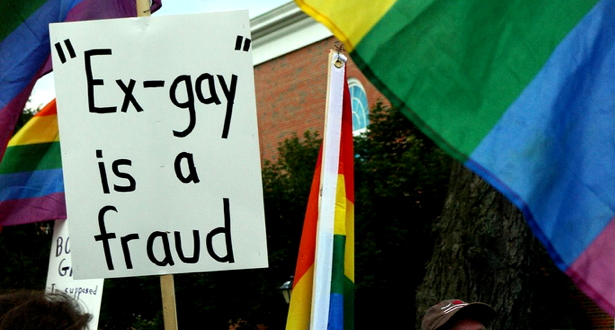 Supporters of conversion therapy call it SOCE or “sexual orientation change efforts,” because the terms reparative therapy and conversion therapy are too “politically charged.” My theory: those terms have a well-deserved bad reputation for instigating self-loathing and suicide, as the testimony of Brielle Sophia Goldani helps to illustrate. Goldani, a 29 year old transgender woman, paints a picture of what it’s like to go through reparative therapy as a teenager who is presumed to be a gay male: “…there were electric shock treatments twice a week and medicine to induce vomiting when a therapist flashed a photo of two men holding hands.” Goldani told the lawmakers she tried to kill herself. Three times.

I’m probably preaching to the choir here. We’re probably all aware of the fucked up after effects of conversion therapy. I know that some members of our Autostraddle community have undergone reparative therapy. Conversion therapy is billed as snake oil, something a sane and well-accredited medical professional wouldn’t dream of taking part in. Yet people who claim to be licensed therapists and doctors still practice it, even as it’s now clear that conversion therapy is worse than fake. Conversion therapy amounts to child abuse – emotional, sometimes physical. I think it’s a tremendous step that it’s finally being recognized as such. Yes, parents have the right to parent their children. Not abuse them. New Jersey is the second state to propose such a ban – California was the first, and although it was passed by the state Senate, it was immediately attacked with a lawsuit. Like California’s bill, the proposed ban in New Jersey targets minors, stating that “A person who is licensed to provide professional counseling… shall not engage in sexual orientation change efforts with a person under 18 years of age.” This is important because one of the groups that needs the most protection from ex-gay therapy is minors whose parents or guardians force them to undergo it, and experience serious emotional and psychological trauma as a result.

The bill was written and proposed after a group of young people in Bergen county complained to their representative, Tim Eustace, that the practice still exists. New Jersey citizens can take a cue from this intrepid group: the bill has already been through the second reading, but I cannot find a date for a third reading or a vote. That said, New Jersey residents still have time to write or call their legislators. And no matter where you live, you can sign this petition started by Parsippany Highschool student Jacob Rudolph. Remember, Chris Christie has potential presidential aspirations and he can be swayed by national opinion (after all, he might want your vote in a few years). It is also worth noting, Jersey citizens, that Barbara Buono (the state Senator from Middlesex County), who took Christie to task for not opposing conversion therapy strongly enough, is likely running for Governor in the next New Jersey election.