Like any good host, the Copenhagen tourism office e-mailed me practical tips on how to get there, guides to restaurants and accommodation, and an invitation to get gay married on a zero-emission wedding boat. 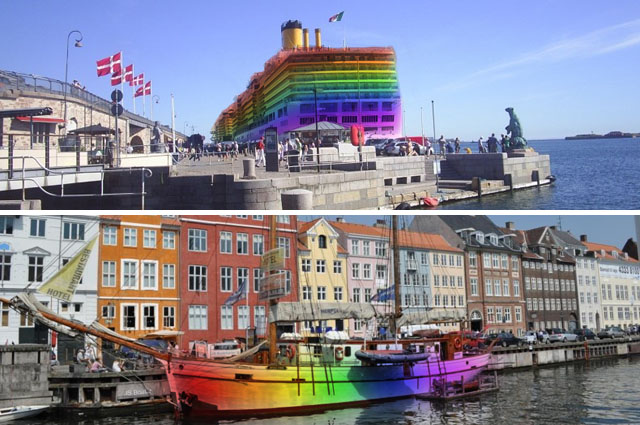 The news release didn’t have any photos of the boat so Intern Liz made you TWO.

The only way you could tick off more Scandinavian stereotypes is if they offered pickled herring onboard.

The Eurovision Song Contest, one of the world’s longest-running, largest international song competitions and more importantly the contest that brought us ABBA, will take place in Copenhagen from 6–10 May this year. I will be there. That dude from Borgen will be there. That guy who danced in a glass box for Azerbaijan last year will probably not be there, which makes me a little sad, but it will be awesome anyway.

If you are unfamiliar with the glorious spectacle that is Eurovision, here is a short multidisciplinary links round-up: 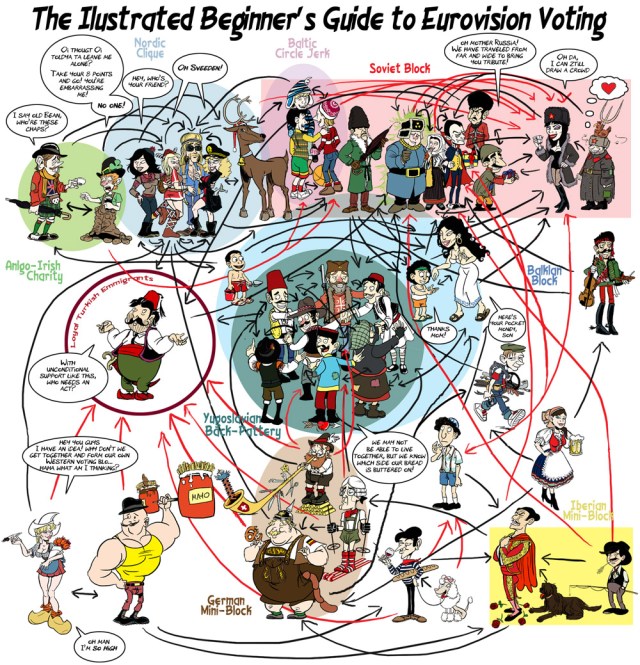 Now Copenhagen is stepping up its host game by inviting all couples – gay or straight, Danish or foreign – to get married on May 7, 9 or 10 at three iconic locations: the Copenhagen Opera House, Højbro Plads (a public square) and on the mysterious wedding boat. All you need to do is mail documents for your “wonderful wedding” in advance to the Marriage Office.

I have such conflicting feelings on this gay wedding situation, y’all. On one hand, I’m not in the “public stunts cheapen the institution of marriage” camp but dear g-d does it irritate me when countries wave the rainbow flag as a (usually hypocritical) point of national pride. (See: everything that is happening with Russia right now. Russia is a Eurovision participant, so there’s no denying this is political.) My liberation will not be your tourist attraction and definitely not your excuse for neocolonial intervention.

On the other, what better fits the aesthetic of Eurovision than gay weddings en masse? 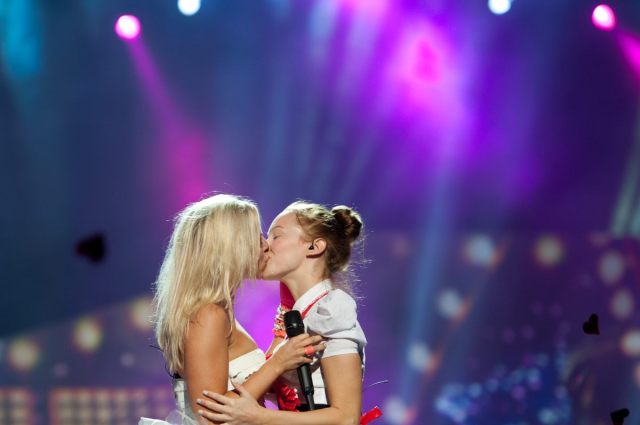 Finland’s Krista Siegfrids made out with a lady at the end of her song “Marry Me” last year, which lots of us do every day but not all of us have the honour of being pulled from Turkish TV broadcasts for it
via Wiwi Bloggs

LGBTQ contestants are far from new to Eurovision. Israel’s Dana International, a trans woman, won the 1998 competition with the song “Diva” while Ukraine’s Verka Serduchka, a drag queen, came in second in 2007 with “Dancing Lasha Tumbai” – my personal favourite performance ever. There are far too many out queer Eurovision participants to mention. (Not Jedward though. Jedward is 100% heterosexual… and they have “needs.”)

Conchita’s participation, however, has brought out the expected crowd of bigots: a deeply transphobic “Anti-Wurst” Facebook group has gathered close to 40,000 likes, and a Belarusian petition claims that Eurovision will become a “hotbed of sodomy.” Because y’know, it isn’t already. 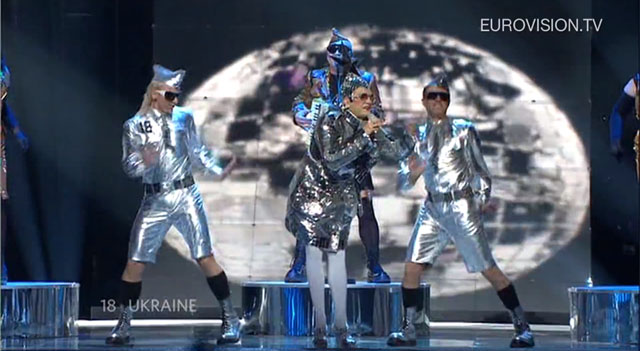 MUCH HETEROSEXUAL. SUCH FAMILY VALUES.

But seeing as to how Conchita’s won the Austrian nomination and looks fabulous in a glittery leotard, I’m gonna say she’s come out on top here. 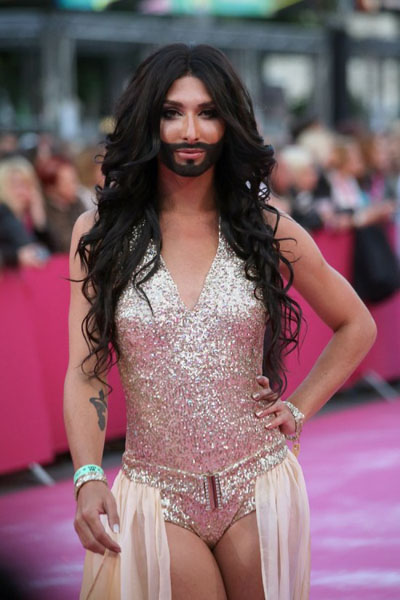 So in short: Eurovision 2014 is looking super gay. Surprise! 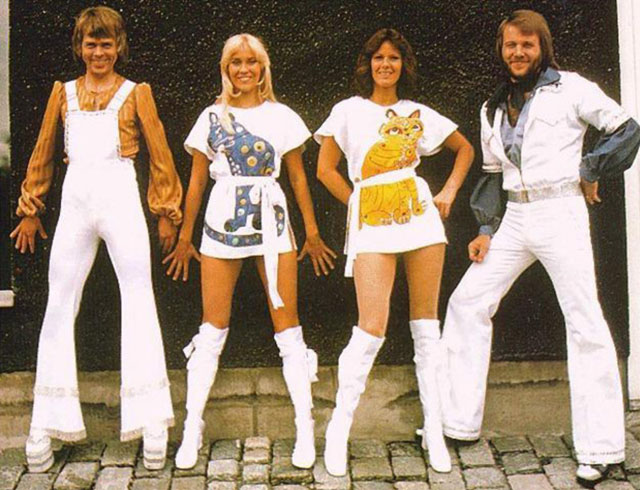 P.S. Copenhagen, the queer friend I’ll be travelling with and I have a proposal for you: set us up with Birgitte Nyborg and you will have your first transnational, transfictional gay triad wedding ever. Just think of the right to wave your liberal homonationalist flag forever.