Every so often, I see a musical that changes my life. That’s a big statement, but my life revolves around musical theatre and the feelings it gives me, so it’s inevitable that I’ll be deeply affected by a musical. I’ve only seen three musicals that caused this life-changing sensation, so when I saw Fun Home at The Public Theater, sparks flew, and I saw fireworks. Fun Home is a new musical (!), based on Alison Bechdel’s graphic novel (!), written by two women (!), about a lesbian (!). I didn’t know much about the musical prior to seeing it for the first time (yes, there have been multiple viewings), as I had never read the source material (which is a fancy term for the book on which the musical is based).

Here’s the thing about musicals: it takes a long time, a lot of rewriting, and a lot of money to get one from page to stage. A musical can easily take ten years from its first draft to a major New York or regional production. Fun Home has journeyed through readings and workshops in different cities. In the fall of 2012, the musical was produced in the Lab Series at The Public Theater. This was my first exposure to it. 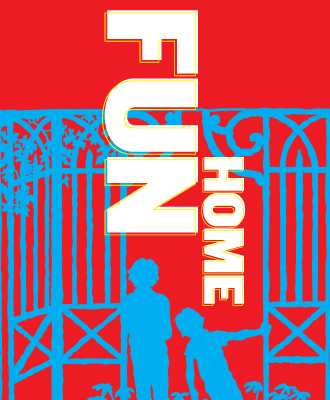 In the Lab Series, the writers were in the audience, making script changes on a daily basis. In labs, sometimes there are small changes: a line gets rewritten or a joke that doesn’t land gets cut, but sometimes entire songs and chunks of book (dialogue) are rewritten, cut, or added. You could see the show twice and it would be completely different. The writers take their cues from the audience. In the rehearsal room, a line, lyric, musical progression, etc. could seem great, but it may not work in front of the audience. This is one of my favorite things about live theatre: the audience is a player in the production.

After a year of revisions (and anticipation), Fun Home has returned to The Public Theater in a fully-staged Off-Broadway production. I saw the musical three times in previews (changes were still made until opening night), and once after it opened, and I felt all the feelings. Fun Home centers around the protagonist, Alison, in three phases of her life. There’s Small Alison (Sydney Lucas), who is in elementary school, Medium Alison (Alexandra Socha), who is in college, and Alison (Beth Malone), who is in her forties. At its core, Fun Home is about Alison discovering and accepting her sexuality and its relation to her father’s sexuality and his death. Lisa Kron‘s book and lyrics prove that no one is ever too young or too old to come of age. Jeanine Tesori’s music complements the tone and spirit of Alison and her family’s awakenings. 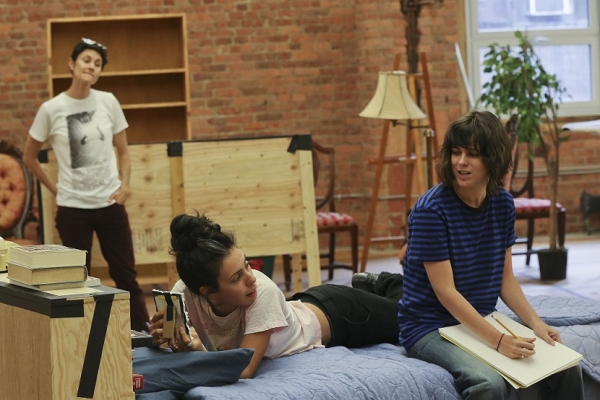 As every musical should, Fun Home has a mixture of light-hearted and heart-wrenching songs. My favorite is “Changing My Major,” which explores Medium Alison’s euphoria after her first sexual experience with a woman. Socha is wonderful as the college freshman, riding the emotional roller coaster of vulnerability, excitement, and nerves of discovering one’s sexual orientation. Small Alison has an inspiring song about seeing a butch woman for the first time, perfected by Lucas, who has more spunk than I’ve ever seen in a kid. Watch out for her; I see a big career in her future. Malone ties the piece together as the adult version of Alison, reflecting on her past and trying to make sense of her relationship to her father. Judy Kuhn, who plays Helen Bechdel, Alison’s mother, makes brilliant, subtle acting choices and broke my heart with her solo number. Michael Cerveris, who plays Bruce Bechdel, Alison’s father, is equally strong, as his relationship with himself, his wife and Alison play a key role in the musical.

In musical theatre, I am used to seeing straight female protagonists fall in love with straight men. There’s nothing wrong with that, but as a lesbian, it is nice to see queer protagonists struggle with issues that are similar to mine. Not only does Fun Home put a lesbian center stage, the lesbian character is a fully developed, three dimensional human being with thoughts, feelings, and complex issues. Alison is trying to make sense of herself and her family in different stages of her life, which is something to which I deeply relate. I have struggled with accepting myself and my sexual orientation, and I’ve discovered the complexity of how learning to love myself affects my family. I saw myself in all three Alisons, I saw my mother in Helen, and I saw my father in Bruce. I have a complicated relationship with my father, and every moment I witnessed Alison communicate with Bruce, I saw my relationship with my dad. The most beautiful part of a musical theatre, to me, is seeing myself on stage. As a writer, my goal is for audience members to see themselves in characters and situations I have written, as lived by actors. 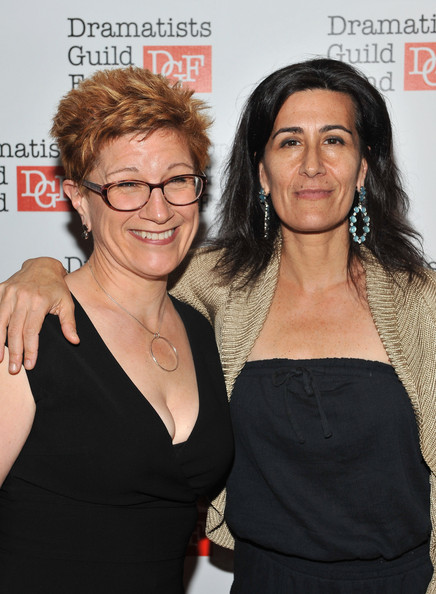 As mentioned before, Fun Home is written by two women. The visibility of women writers is very important in musical theatre. The majority of musical theatre writers are white, gay, cisgender men. While musical theatre boasts a world of acceptance, rainbows, and unicorns, women writers are in the minority, and I have been discriminated against as a woman and as a lesbian. A well known television and theatre actor once told me that lesbians “belong on the softball field.” He was joking, but his comment was not abnormal. Women writers are seen as over-emotional creatures, and we’re not taken seriously.

Last Broadway season (2012-2013), pop icon Cyndi Lauper, who wrote the score for Kinky Boots, was the first woman to ever win the Tony Award (think Oscars or Grammys, but for Broadway) for Best Score without a male co-writer. This is big time. I can count on one hand the number of female Broadway musical theatre writers. Since Fun Home debuted Off-Broadway this fall, the visibility of women writers and queer women characters have been discussed. While I hope Tesori and Kron are paving the way for women writers, at least the conversation is being started.

If you’re in New York City, please do yourself a favor and see Fun Home at The Public Theater. It’s an amazing piece of theatre, and it will touch your heart.

Rachel Kunstadt is a librettist/lyricist, pursuing an MFA at the Graduate Musical Theatre Writing Program at NYU’s Tisch School of the Arts. She is a founder and the Producing Artistic Director of LezCab, a cabaret series celebrating queer women in musical theatre. She resides in Manhattan with her shih tzu, Bernie. www.rachelkunstadt.com. Tweet her @rkunstadt.

Rachel has written 9 articles for us.